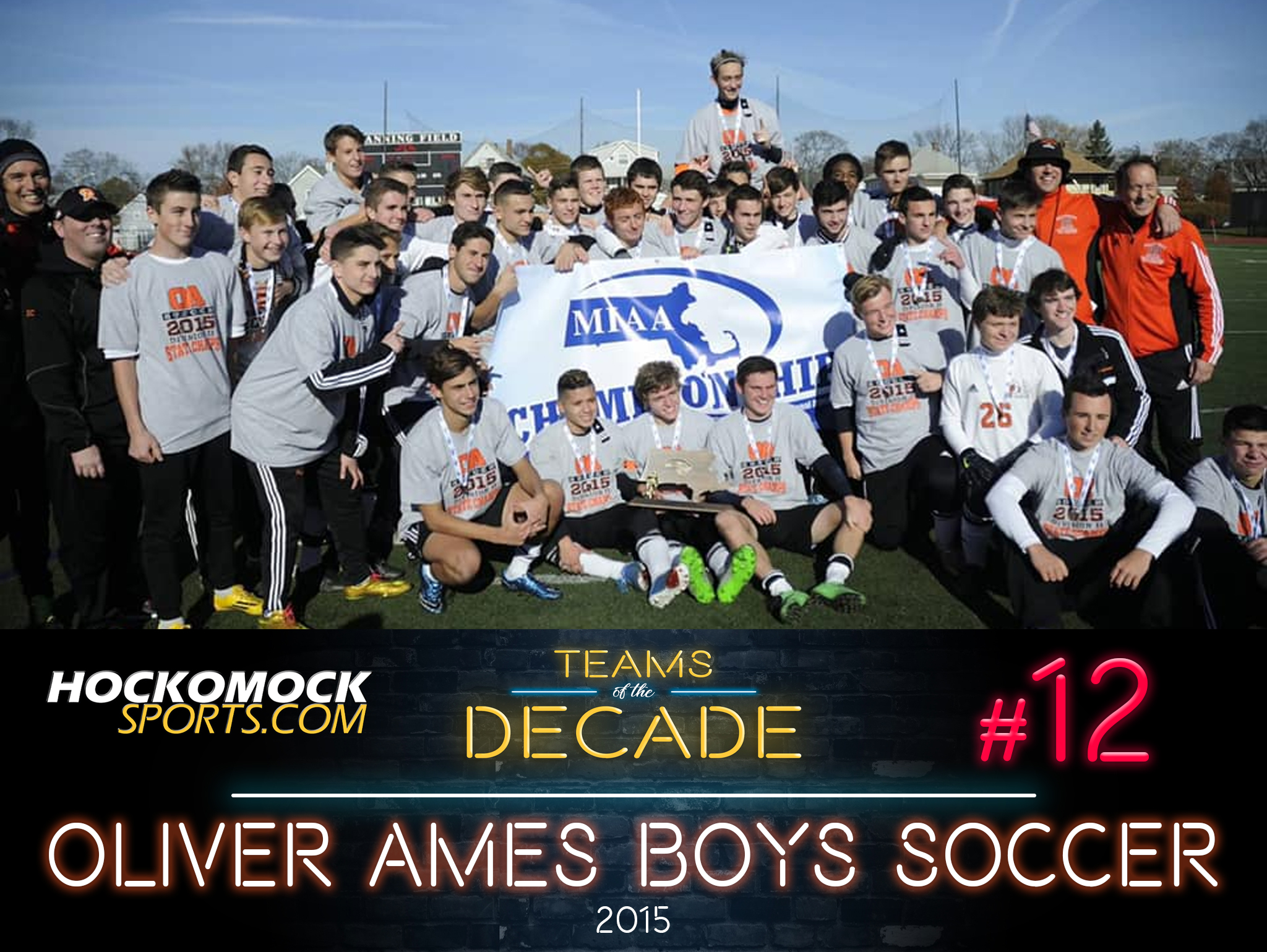 The pieces fit together perfectly during the 2015 season for the Oliver Ames boys soccer team. The Tigers received key contributions from three classes all season long en route to an undefeated season and a Division 2 State Championship.

The Tigers were made up of a talented senior class full of leaders, a group of juniors ready to make the most of their opportunities, and a skillful sophomore class that wasn’t afraid of the big moment. After coming up just short in the state final the year before, the Oliver Ames boys soccer team was determined to go all the way in 2015.

Up top, junior Thomas McCormick was a menace inside the area, always quick to a loose ball to punish opposing teams. Nutt and sophomore Nathaniel Cardoza directed play from the center of the pitch while sophomores Matt Alvarado, Jack Sheldon, Mason Galbato, Cam Vella, and Matt Campbell applied pressure on opponents either up top or on the wings.

Defensively, the Tigers had 14 shutouts on the season with just eight goals against during the regular season. Sophomore Jack Carroll took over in net that season and was helped along by defenders Max Bamford, Max Ahearn, and Jared Mallers.

Senior captain Chris Romero did it all for the Tigers, anchoring the defensive unit at times while also getting minutes in the attack.

“This team was special from minute one,” said Oliver Ames head coach John Barata. “They trained at a high level all the time and never gave up. These players put in the extra time and never deviated from the plan we set during our preseason goals. We wanted to be dominant in every facet of the game and made a commitment to give everything we had to this team and the season.”

Oliver Ames went undefeated in the regular season to win its fourth Davenport division crown in a five-year span. The Tigers notched 13 wins, including an impressive 1-0 result against Kelley-Rex division champion Mansfield. Besides a draw with Sharon, OA tied a talented Foxboro side twice during the year. That Foxboro squad, featuring the likes of Anthony Barreira, Devante Teixeira, and Joe Morrison, was one of the most dangerous offensive groups from the Hock this decade.

The second meeting between the two featured a late equalizer from Cardoza that gave the Tigers a point and the division title. It was only a sign of things to come as this Oliver Ames team had a flair for the dramatic, especially in the state tournament.

“Players sacrificed social lives, free time and family time to put in extra effort for the Oliver Ames program,” Barata said. “This team had the X factor – the EXTRA something that is hard to quantify. I knew after our first game this group was going to be special. However, it was the Foxboro games that convinced me that we had the potential to go far in the tournament.”

OA grinded out a gutsy win in the opening round of the tournament, knocking off a tough Milton squad 1-0. Romero provided the heroics in the next round, depositing the game-winner in double-overtime with just seconds left to play. After a rout of the #2-seed Greater New Bedford (5-0), Vella and Cardoza scored in the South Sectional Final, the latter in overtime to give the Tigers a win over Medfield.

“We were playing with three in the back with the most relentless defense I had ever seen,” Nutt added. “And our offense was clicking too and teams couldn’t figure out how to stop us or score on us. We had great team chemistry but it’s all in coach Barata. He perfected a system and way of playing that was literally unbeatable, and it paid off.”

In the state final, OA fell behind 1-0 to Masconomet but responded with three straight goals to claim the title. After going down 1-0 in the 12th minute, Romero equalized just seven minutes later. Five minutes later, Cardoza buried a loose ball in the box off a corner kick, and the Tigers added an insurance goal in the 57th minute off of the head of McCormick on a cross from Alvarado. It marked the first state championship in program history. 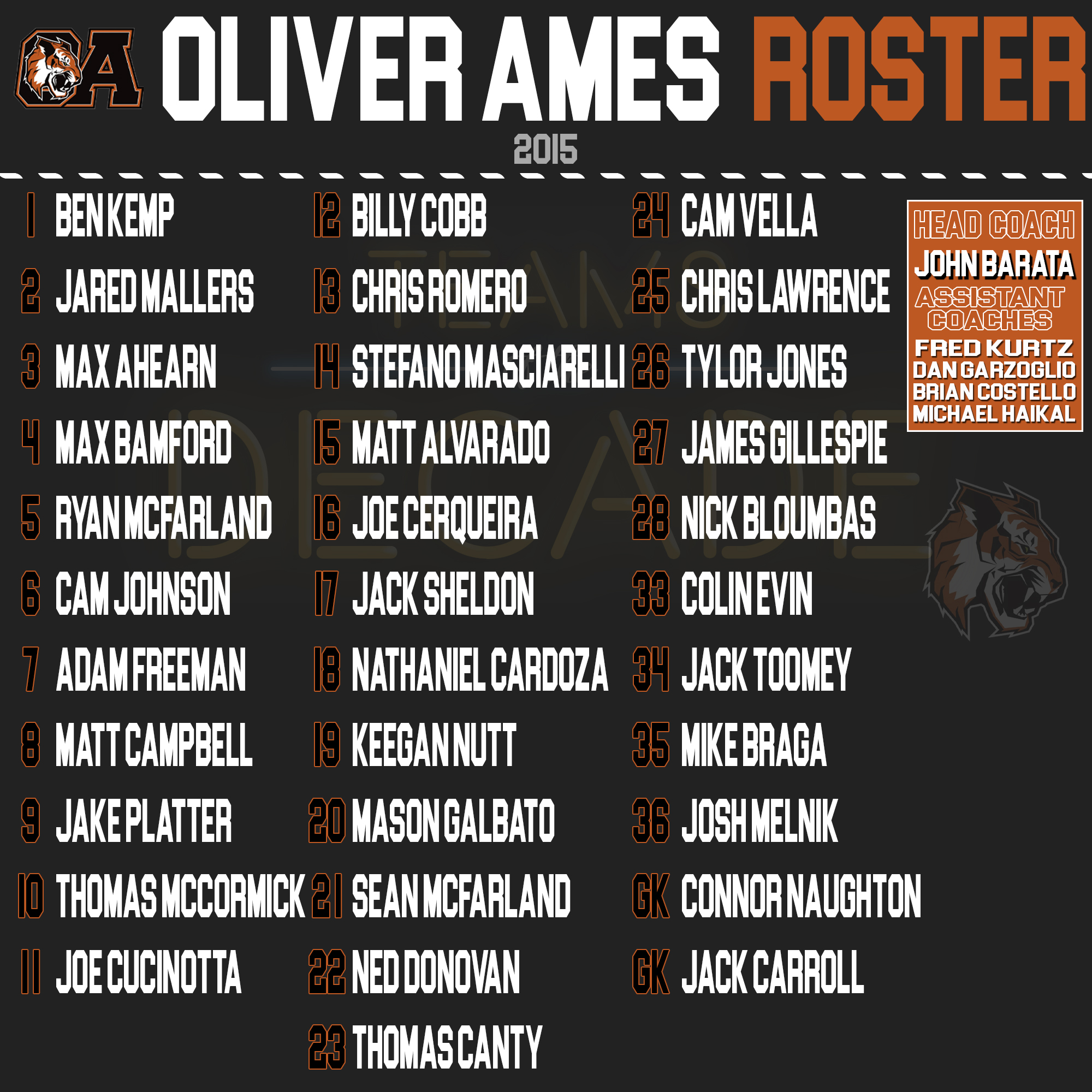 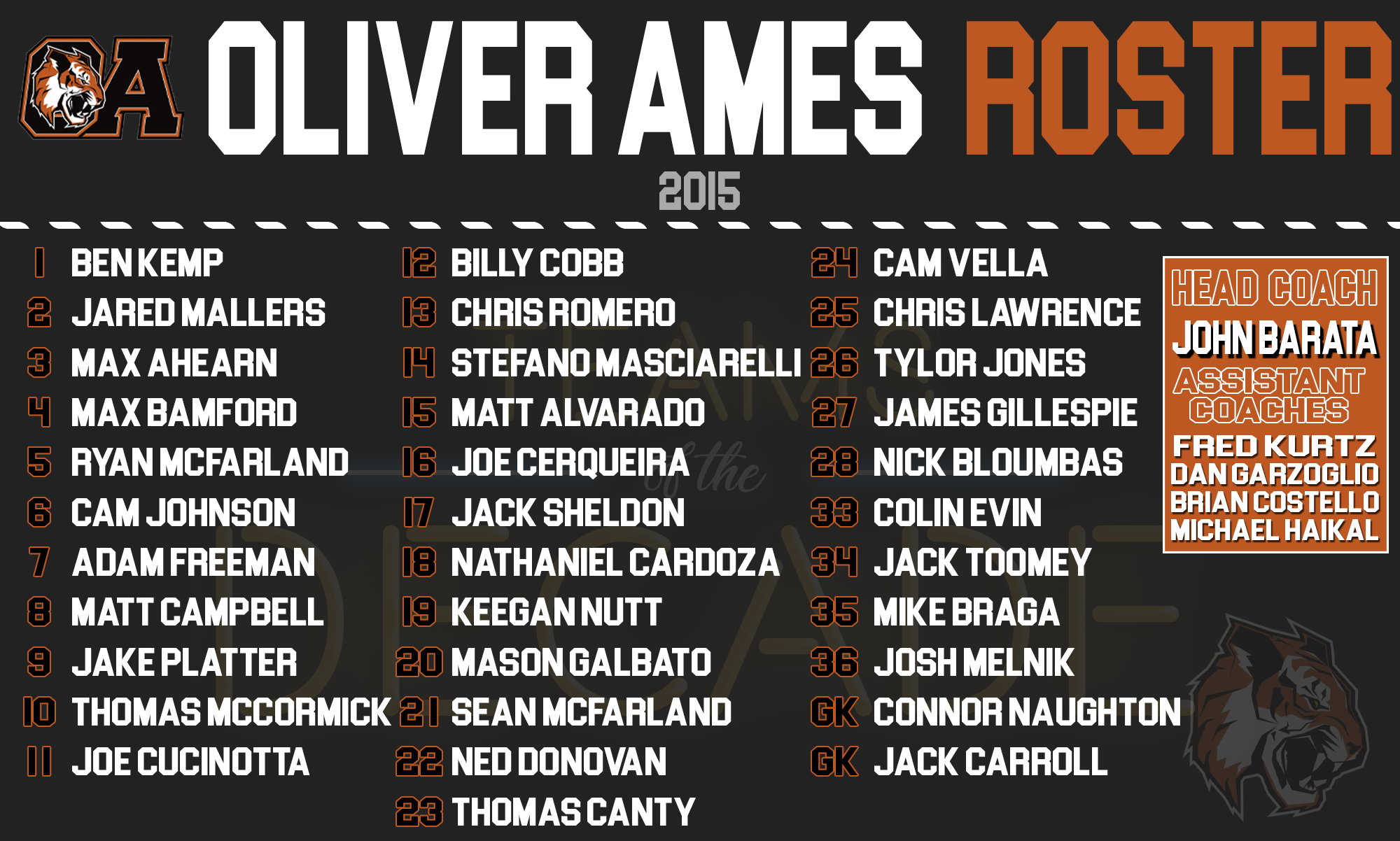 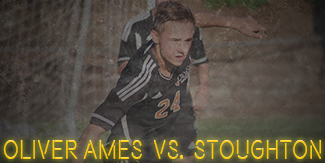 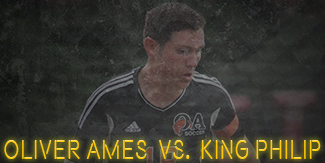 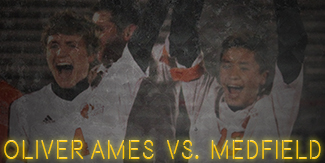 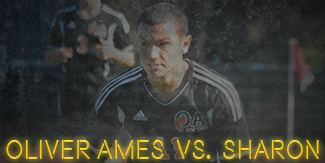 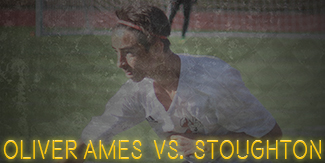 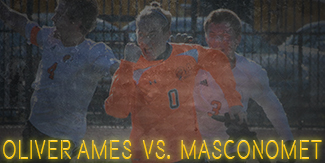