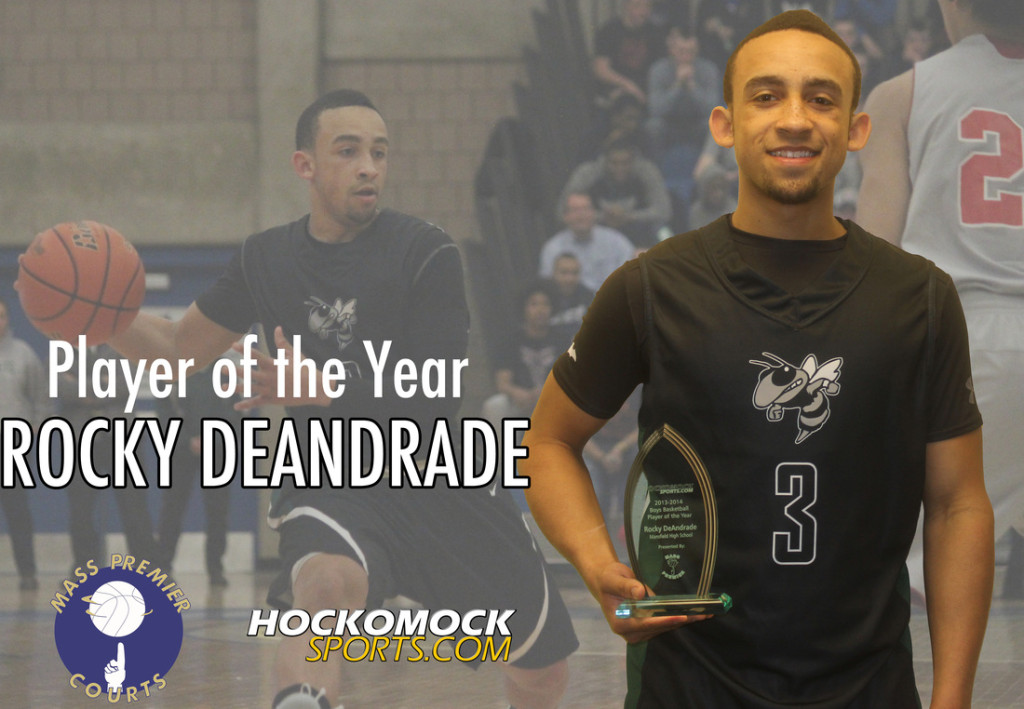 Mansfield senior Rocky DeAndrade has been named the HockomockSports.com Boys Basketball Player of the Year for the 2013-2014, the third season the award has been given. DeAndrade was also voted Hockomock League Most Valuable Player by the coaches.

“Rocky is a true leader on and off the court and possess all of the tools needed to be a top player,” said HockomockSports.com Editor-in-Chief Ryan Lanigan. “Not only is he able to score at will, he makes the players around him better. His game has grown immensely in the past few years and it shows how far hard work can get you.”

DeAndrade averaged 17.6 points per game, which finished Top 10 in the league and was among the best in the league at point guard with 6.3 assists per game and 5.1 rebounds per game. He shot 43% from beyond the arc and 76% from the free throw line.

“Talk about a kid who has worked to earn it,” said Mansfield head coach Mike Vaughan. “He put as much time as any player or coach into the game and I’m proud to see the payoff at the end of the whole thing. What better guy do you want playing in front of you that’s following your lead and doing everything you’re asking him to do out on the court.”

DeAndrade’s leadership helped lead the Hornets to another Hockomock League Kelley-Rex Division title, a second consecutive Division 1 South Sectional Title game and a 22-3 overall record. He has the ability to take over a game by scoring or by distributing the ball, excelling at both of them.

DeAndrade has gained the respect of coaches throughout the league with his high skill level.

“Rocky was the main cog in Mansfield’s machine,” said North Attleboro head coach Sean Mulkerrins. “He could hurt you in so many ways – a shot, a drive, a pass to an open shooter.  He was a true floor general who allowed coach Vaughan to rotate other bodies in while keeping him on the floor.”

DeAndrade is the first Mansfield player to win the HockomockSports.com Boys Basketball Player of the Year and is the third player from the Kelley-Rex Division to do so, joining Franklin’s Sam Bohmiller (2013) and King Philip’s Jake Layman (2012). 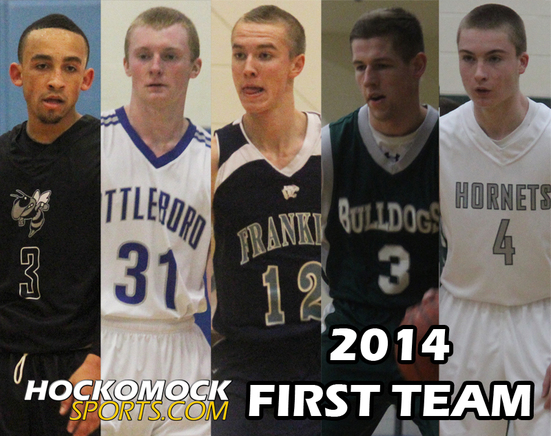 Sharon sophomore Jordan Mello-Klein has been named the HockomockSports.com Boys Basketball Underclassman of the Year for the 2013-2014, the third season the award has been given. Mello-Klein is the second Sharon player to win the award.

“Jordan quickly became a serious scoring threat for the Eagles, turning a two-headed scoring machine into a three-headed monster, forcing defenses to put serious attention on all three of Sharon’s guards,” said HockomockSports.com Editor-in-Chief Ryan Lanigan. “He’s able to beat you off the dribble and he can pull up and shoot from anywhere.”

Mello-Klein burst onto the scene right away, scoring a team-high 20 points in Sharon’s first game of the season. He averaged 14.2 points for the regular season. 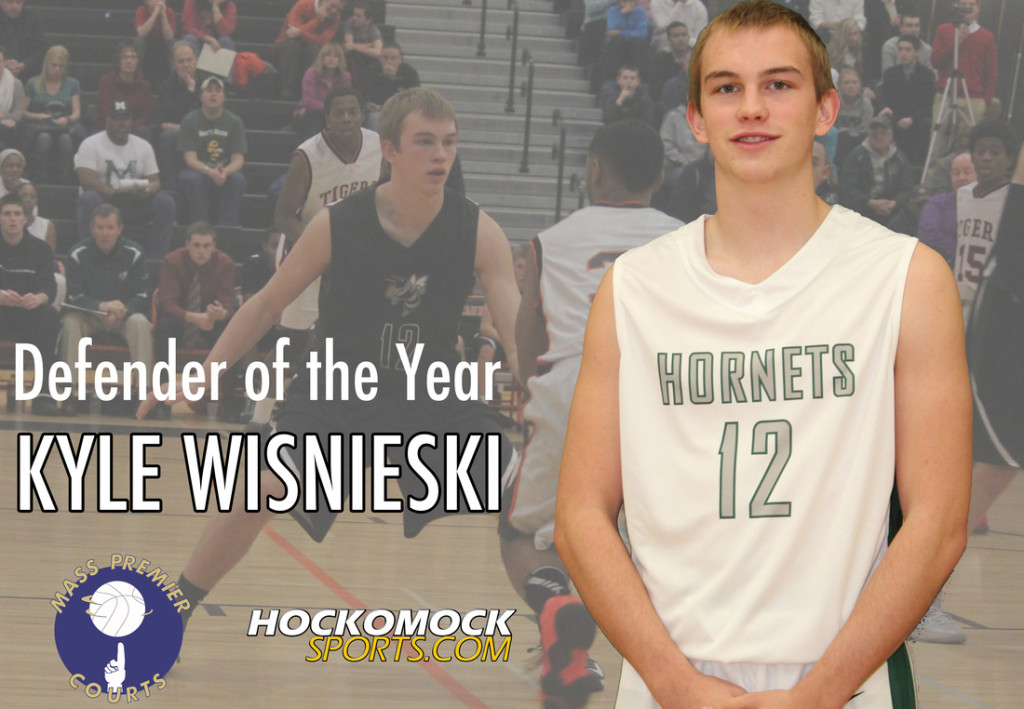 Mansfield senior Kyle Wisnieski has been named the HockomockSports.com Boys Basketball Defender of the Year for the 2013-2014, the third season the award has been given. Wisnieski was also named a Hockomock League All Star, as voted by the coaches.

“Kyle is a workhorse,” said HockomockSports.com Editor-in-Chief Ryan Lanigan. “He was usually the hardest working player on the court, and if he wasn’t, he would push himself even harder to become it. He was responsible for shutting down some of the best offensive talent in the state this year.”

Wisnieski is the first Mansfield player and the first Kelley-Rex Division player to be selected for the HockomockSports.com Defender of the Year.

He was often the go-to man defensively for the Hornets, getting the responsibility of opposing teams’ top players.

Dacey led the Tigers to a 17-4 regular season mark and another appearance in the MIAA State Tournament. After graduating a strong senior class last year, Dacey helped developed a squad that saw many sophomores and freshman get a lot of playing time.

“He’s always encouraging us and pushes us to our limits,” said Taunton junior Corey Green. “Even through hard times he has our back and is willing to go war with us.”