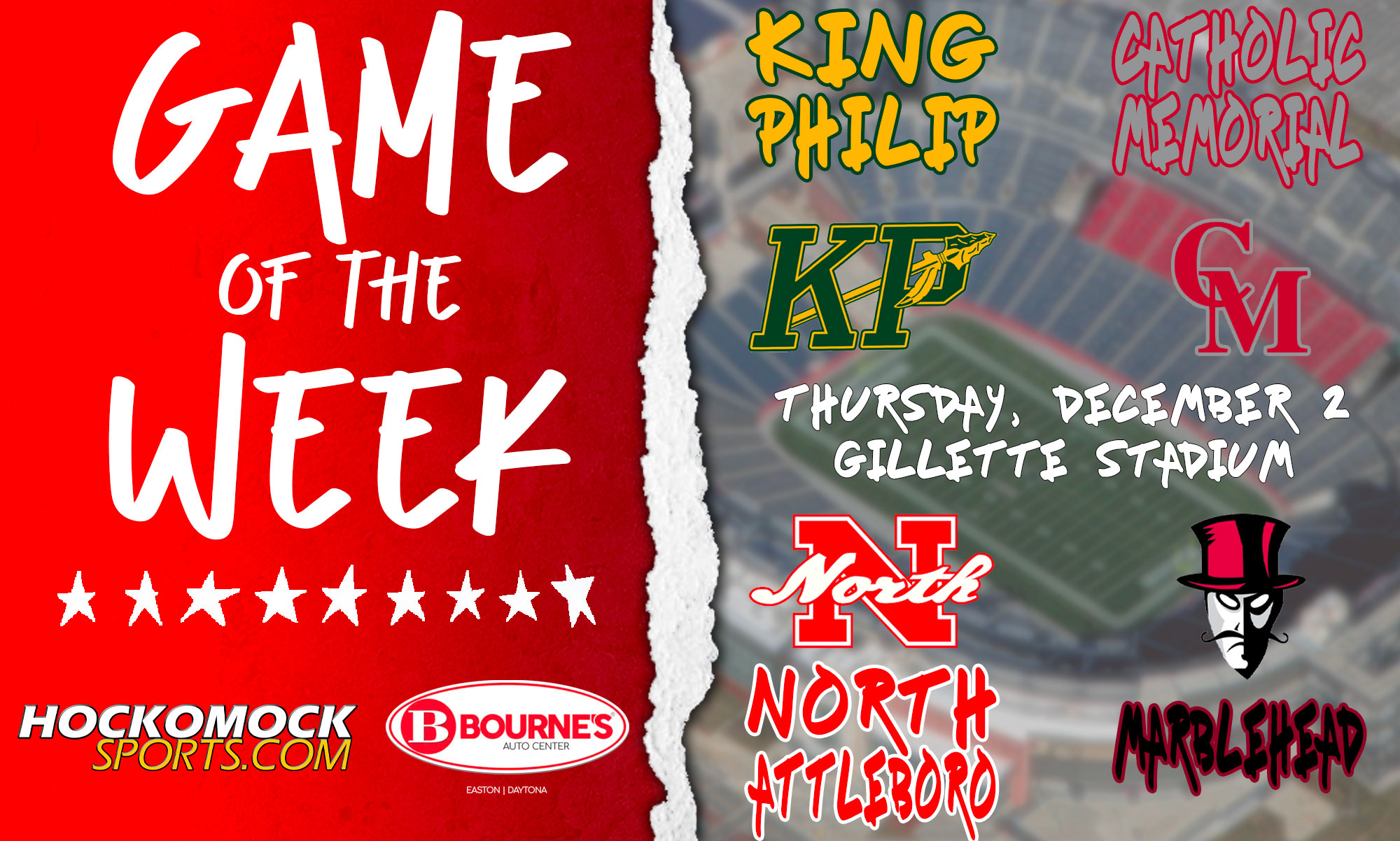 Catholic Memorial
By Matt Feld, The Boston Herald
Catholic Memorial is without question the most explosive team in Massachusetts. Not only are the Knights undefeated but they are yet to play in a one possession game in the second half this season. They have only trailed in the second quarter or later once all season (10-3 Xaverian, Week 8). Offensively they are stewarded by junior quarterback JC Petrongolo who missed almost all of the Fall ‘II’ season with a broken collarbone. Their big threats are on the ground with juniors Carson Harwood and Boston College commit Datrell Jones the premier running back group in the Bay State.

The Knights have scored 40 points or more in each of their playoff games and have scores less than 40 points just once this season. Defensively the Knights have speed on the edge, in their linebacking corps, and in the secondary. Devon Marshall and Maxwell Tucker are two of the better defensive backs, while Brady McGowan and Kyle King hold down things at linebacker. The top defensive star is Boston College bound and four-star defensive end Boubacar Traore. Catholic Memorial has allowed 14 combined points in its three postseason games.

There are a pair of keys for King Philip to stay within striking distance and hope for a chance to beat Catholic Memorial. First is containing the Knights special teams game. Marshall for all of his prowess in the secondary has been lethal as Catholic Memorial’s punt returner. The Warriors must keep the ball away from him in the kicking game. Additionally – as Catholic Memorial coach John DiBiaso noted on Tuesday – the Warriors are solid at not giving the opposing team second chances via turnovers or penalties. King Philip will have to stay disciplined in order to control field possession and prevent the Knights from getting extra possessions.

Marblehead
By HockomockSports Staff
With a hat tip to our friends at the Salem News, we were able to take a look at the Magicians and what North Attleboro will be going up against this week. Marblehead earned the top seed in the Division 3 bracket with a perfect 7-0 record and have won all three of its playoff games by at least two scores; the latest a 40-7 thumping of Westfield in the D3 State Semifinals. In their latest outing, senior Eli Feingold booted a 36-yard field goal as time expired to give Marblehead a 31-28 win over rival Swampscott (who is going to the D5 State Final) in the 111th Thanksgiving meeting between the two schools.

The offense starts with senior quarterback Josh Robertson, who has a lot of experience in his third year starting for the Magicians. He’s thrown for over 2,200 yards this season by completing over 70% of his passes (159/224). He’s tossed 28 total touchdowns between the regular season and playoffs, including two on Thanksgiving Day. The North secondary will be challenged but a lot will come down to the pressure the front seven can apply; Robertson also has 390 rushing yards and eight rushing touchdowns. His main target is junior running back Connor Cronin, who has more than double the receptions (61 for 786 yards) than the next player on the roster (James Doody, 29 catches for 616 yards). Cronin doesn’t just catch passes out of the backfield, he has 569 yards on the ground on 82 carries.

While the Robertson/Cronin connection will be something the Rocketeers try to disrupt, they’ll have to keep tabs on senior back George Percy, who leads the Magicians with 585 yards on 110 carries. Marblehead has two seniors on the offensive line along with a pair of juniors and a sophomore at left tackle. Craig Michalowski (three touchdowns) and Zander Danforth (two touchdowns) will also be in the mix offensively.

On the defensive side of the ball, Marblehead has allowed just 137 points (only 12.5 points per game) all season long. The 28 points allowed to state-final bound Swampscott was the most all season; it’s also the only game that the Magicians have won by less than two scores this year. The Magicians limited all three of its playoff opponents (Norwood, Masconomet, Westfield) to just one touchdown.