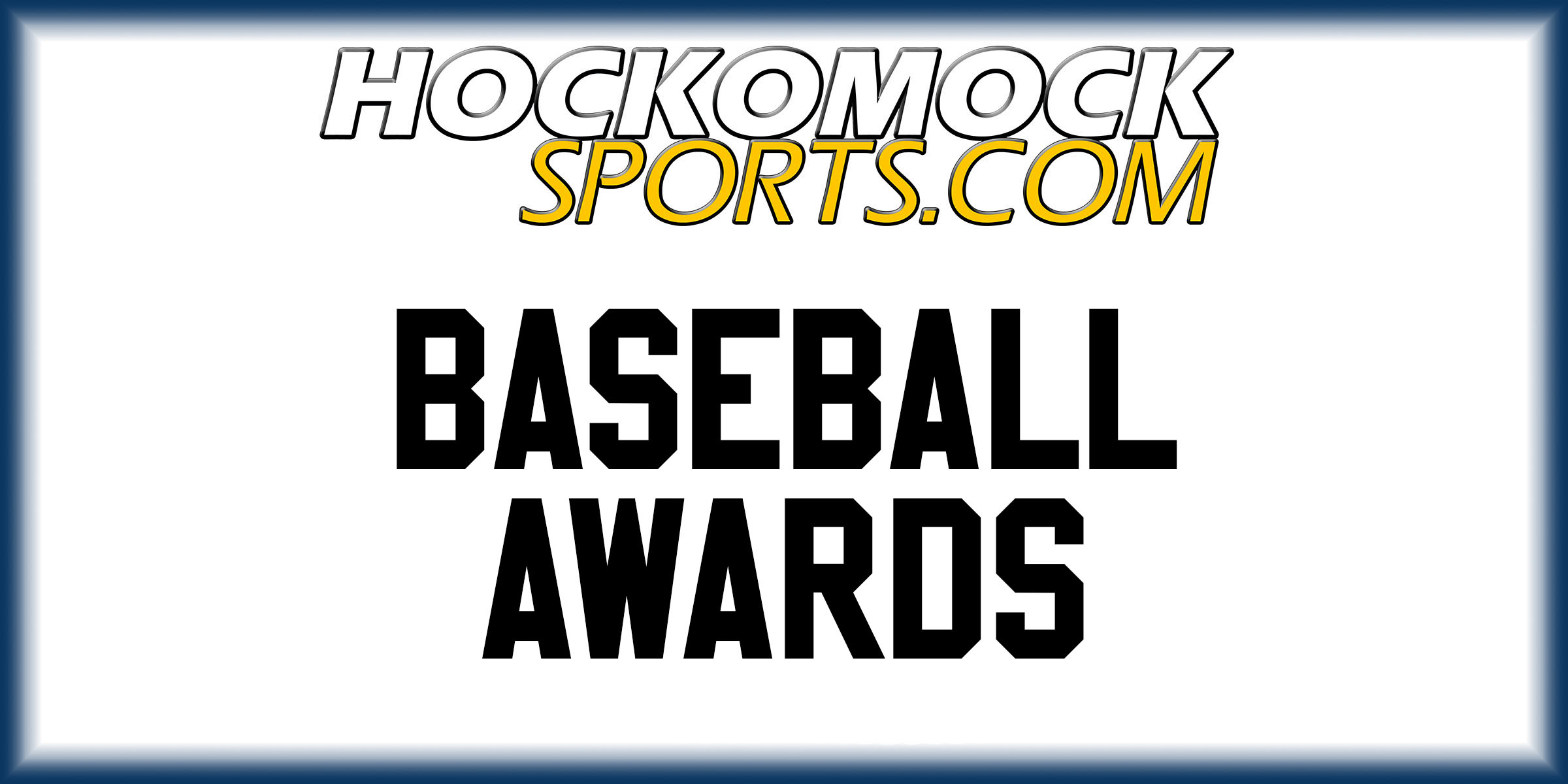 Baseball
Oliver Ames, 7 vs. New Bedford, 11 – Final – Oliver Ames got off to a great start with four runs in the first inning but New Bedford answered with seven runs in the second and never surrendered that lead for a win at Frothingham. For OA, Ian Kelly had a big day with three hits and three RBI, Andrew Rodgers added three hits, and Jack Richardson, Jake Waxman (two hits, two runs), Patrick Finnerty, and Joe Cicchetti each had an RBI for the Tigers, who only allowed three earned runs.

Sharon, 7 @ Mansfield, 15 – Final – Mansfield’s bats stayed hot at the start of the game and it carried throughout as the Hornets secured a 15-7 win, their third victory of the week and fourth straight overall. Sharon carried a 1-0 lead into the bottom of the first inning after an RBI single from Dan Okstein, but the Hornets took advantage of four straight walks to start the game and pushed across all four of them for a 4-1 lead. Mansfield really broke it open in the bottom of the second, plating eight runs — all but one coming with two outs. Connor Curtis had an RBI double, Jake Maydak drove in two with a triple, Brian Butler knocked in two more with a double, and both Aiden Jones and Conner Zukowski drove in a run to make it 12-1. Butler and senior Jeremy Rotenberg each had two hits for the Hornets while Zukowski (three stolen bases), Anthony Sacchetti, and Jimmy Gilleran each scored twice. Okstein finished 3-for-4 with two RBI and a run scored, as well as two scoreless innings in relief, for the Eagles while Will Hippler added two hits and three runs and Ryan Baker drove in a pair.

Girls Lacrosse
Franklin, 10 vs. Concord-Carlisle, 7 – Final – Click here for a Photo Gallery from this game. Kaitlyn Carney scored five goals and had three assists and the Panthers went on a 4-0 run in the second half to pull out a win over Concord-Carlisle in a rematch of last year’s D1 East final. The Panthers controlled the first half, winning 6-of-7 draw controls, forcing the Concord goalie into six saves, and going 11 minutes before allowing a shot on goal on the other end. Carney opened the scoring inside the first minute with a sidearm finish and then her pass from behind the cage picked out Kenzie Baker to double the lead. Carney then intercepted a clearance and threw a skip pass to Lindsay Atkinson to make it 3-0 after eight minutes. Brigid Earley came up with a couple of big saves with nine minutes left in the half and the Panthers extended the lead with a free position goal from Kate O’Rourke and a good dodge at the crease by Jackie O’Neil. The visitors got one back before halftime and carried the momentum through the break. Earley (eight saves) came up with a big point-blank stop early in the second half, but the Patriots scored twice to make it 5-3 with 20 minutes to go. Katie Peterson set up Carney to move back in front by three, but Concord-Carlisle scored two straight and it was a one-goal game with 16:23 to go. Carney got her fourth of the day cutting across the middle and then she set up Baker for her second. O’Rourke finished from a free position to make it 9-5 and then Carney fired in another strong sidearm shot to push the lead back to five with less than nine minutes to go.

Milford, 11 vs. Norwood, 8 – Final – After six straight games on the road to start the season, Milford earned a hard-fought win in its first home game of the season. Junior Carley Haley scored just under a minute into the contest to set the tone for the Scarlet Hawks, who built a 5-4 advantage by halftime. After Norwood pulled level at 7-7, the Hawks came out of a timeout with four straight goals to run away with the win. Emily Croteau (three goals, two assists), Aislinn Bennett (four goals), and Haley (three goals, one assist) each scored a pair of goals in the second half to lead the balanced attack. Caitlin Bangart had a standout performance in net while senior Emma Tredeau anchored a strong defensive effort.

Baseball
Foxboro, 3 vs. Milton, 6 – Final – Foxboro scored two runs in the top of the fourth inning to make it a one run game, but Milton pulled away with three runs in the bottom of the fifth. Sean O’Leary and Tyler Prescott (run) each had two hits for the Warriors, who had 10 total hits as a team. Louis Carangelo drove in two runs while Liam Mulkern added one RBI for Foxboro.

Franklin, 4 vs. Catholic Memorial, 2 – Final – Franklin scored twice in the bottom of the fifth to break open a tie game and tacked on a key insurance run an inning later to take down Catholic Memorial, snapping a three-game skid. Tied 1-1, Joe Tirrell drilled a solo home run to left on the first pitch of the bottom of the fifth inning to put the Panthers back in front. Jack Marino followed with a one-out single, took third on an error, and scored on a single from Evan Raider to put the Panthers ahead 3-1. CM struck with two outs in the next inning to get back within a run but Tirrell reached on a dropped third strike, courtesy runner Luke Sidwell stole second and took third on a passed ball, and scored when Ryan Gerety reach on an error to make it 4-2. Jacob Jette tossed a complete game for the win, allowing two runs (none earned) on five hits and no walks, striking out six.

Oliver Ames, 4 vs. Dighton-Rehoboth, 3 – Final – After surrendering three runs in the top of the second inning, Oliver Ames pushed across four runs in the bottom half and held that lead the rest of the way in a non-league win over Dighton-Rehoboth. Nathan Carpentier (2-for-3) had an RBI single to plate Jake Waxman (leadoff single), Nick Ferrini drew a bases loaded walk to score Jack Muir (HBP), Jack Morley grounded into a fielder’s choice to bring Joe Cicchetti (HBP) home, and courtesy runner Brendan Connolly took home on a double steal to make it 4-3. Nick Clark had a strong outing on the mound, allowing three runs (two earned) on four hits and three walks, striking out six in six innings of work. Ian Kelly allowed one hit but struck out one to record the save.

King Philip, 2 @ Taunton, 5 – Final – Taunton scored three runs in the bottom of the first inning and Ryan MacDougall limited the Warriors to their lowest runs scored this season to emerge with the win in a battle of unbeatens. MacDougall tossed a complete game, allowing two runs on seven hits and one walk, striking out one in the win. KP struck first in the top of the first inning after an RBI single from Shawn Legere scored Travis Crawford (leadoff double). Taunton had an immediate response with three runs in the bottom half. Dawson Bryce (triple) scored on a single from MacDougall, and courtesy runner Brayden Cali came home on a sac fly from Colby DeCouta, and AJ Lewis smacked a two-out RBI double to put Taunton ahead 3-1. In the bottom of the fifth, Braden Sullivan had a two-run single to bring both Bryce (single) and MacDougall (single) in to extend the lead to 5-1. KP got one back in the top of the sixth on an RBI single from Brendan Sencaj. The Warriors brought the tying run to the plate in the top of the seventh but MacDougall induced a grounder for the final out.

Sharon, 8 @ Brookline, 3 – Final – Sharon saw a two-run lead vanish in the third inning but responded with two runs in the fourth and four more in the fifth to break into the win column with a victory on the road over Brookline. Trailing 3-2 in the fourth, Jack Broughton hit a one-out RBI double to bring in the tying run and Palash Raina put the Eagles ahead with a sac fly to score Dylan Labbe (HBP). Dan Okstein tripled in the first run of the fifth, Ryan Baker followed with an RBI single, Broughton drew a bases loaded walk three at-bats later, and the Eagles tacked on another run with a passed ball. Sophomore Luke Meixel was strong on the mound, allowing three runs on four hits and four walked in 5.1 innings, striking out six for the win. Baker tossed 1.2 scoreless innings in relief.

North Attleboro, 2 @ Natick, 12 – Final (5 inn.) – Tyler DeMattio had a pair of hits, including a double, and drove in two runs while Derek Maceda also chipped in with a pair of hits for the Rocketeers.

Mansfield, 3 vs. Bay Path, 1 – Final – Mansfield earned its first win of the season by handing Bay Path its first loss. Julia Kelly went the distance in the circle, allowing six hits, striking out five, and keeping Bay Path scoreless for the final six innings. The Hornets trailed 1-0 into the fourth. Liv Madeira singled and moved to third on a Casey Moussette base hit. Jill Koppy dropped down a well-placed bunt to bring in the tying run. It stayed 1-1 into the sixth thanks to solid defense from the Hornets. Alanna Conley threw out a runner at the plate in the fifth and Koppy caught a runner stealing second in the top of the sixth. In the bottom half of the inning, Mousette singled and pinch runner Reilley Slaney went from first-to-third on a single by Koppy. Pinch hitter Olivia Bovey came through with the big hit, singling in both runners to put the Hornets up 3-1.

Oliver Ames, 5 @ East Bridgewater, 2 – Final – Oliver Ames overcame an early deficit and Katie Melendy pitched a complete game, shutting out the Vikings over the final six innings for a win on the road. The Tigers took a 1-0 lead (Maddie Homer squeeze bunt to score Caitlin Miller) in the top of the first but the Vikings plated two in the bottom half for the lead. In the top of the third, OA surged back ahead with Miller scoring on a wild pitch and an RBI single from Lexi Galsband. Miller came in to score a key insurance run on another wild pitch in the top of the fifth. Melendy allowed the two runs on just five hits and two walks, striking out eight in the win.

Stoughton, 8 vs. Norwood, 3 – Final – Alyssa Edwards continued to swing a hot bat for the Black Knights, going 3-for-3 with a homer, to lead Stoughton to the non-league win. Kerry Driscoll went the distance to pick up her sixth win, allowing six hits and striking out five. Edwards got Stoughton off to a good start with a two-run homer in the first, added an RBI triple, and then led off the sixth with a double. Camryn Whitman had an RBI triple and Driscoll, Sydney Menz, Melody Casna, Julie Powers, and Angie Berry all had hits in the win.

Boys Lacrosse
Sharon, 7 @ Dedham, 5 – Final – Brady Daylor continued his strong start to the season and the Eagles picked up a key non-league win on the road over Dedham. Daylor scored five goals while Ben Shocket (9-for-16 faceoffs) and Jace Nestler each scored once in the win.