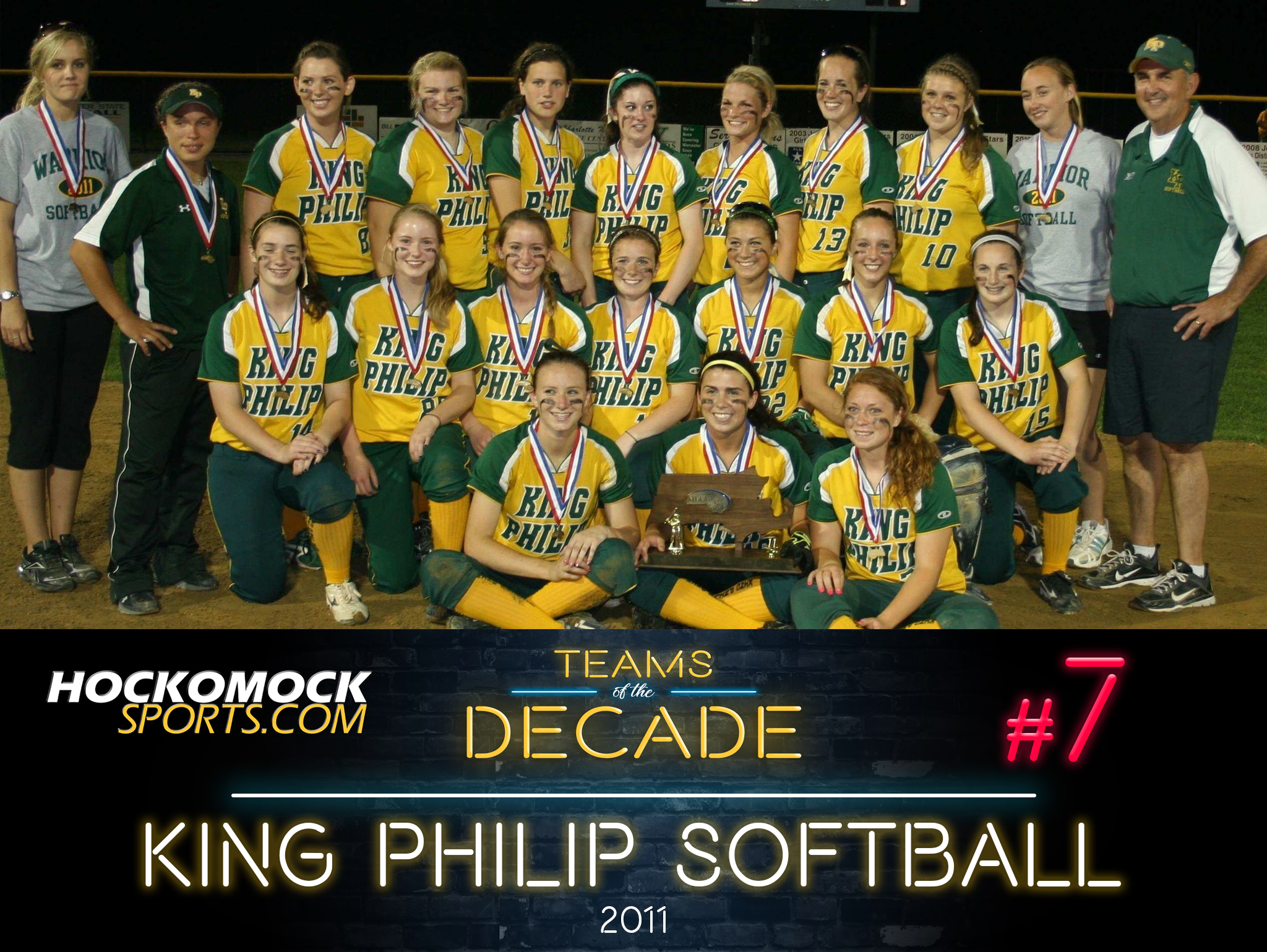 King Philip softball has dominated the Hockomock League for the past 10-plus years, having won the league title in 11 of the past 13 seasons. Amidst all of that success, one KP team stands out above the rest and it was the one that kicked off the new decade.

In the spring of 2011, the Warriors were coming off a state title and the return of junior pitcher Meg Rico, who had come off the bench to win the final four games of the previous season, made them one of the favorites to repeat. Not only did the Warriors win back-to-back titles, but they went one better than 2010, completing a perfect, 26-0 season.

“We kind of had no doubt in our minds that we were going to take it as far as we could go and there was nobody that was going to stand in our way,” said former Canton coach Jennifer Robillard, who was a senior shortstop and leadoff hitter on the 2011 team. “We knew that as much as we were going to miss the talent that we had lost, we had people that could come in and step up.”

Former KP coach Jim Leonard said of coming off a state title, “It’s always hard to repeat. You come through and you have a championship season and you’re through and the table has shifted and sometimes it’s harder to live up to those expectations that are raised from the year before.”

The Warriors certainly appeared to be comfortable with the target on their backs. Led by Rico and fellow pitcher Megan Carnase, KP outscored its opponents 146-0 during the regular season. It took until the sixth inning of the Div. 1 South final before Norwood scored the first runs of the season by a KP opponent. The pitching staff combined for 264 strikeouts.

Rico became the standout player of the season. After stepping into the circle in the South semifinal the year before, following an injury to star pitcher Maggie Quealy, Rico struck out three of the five hitters she faced against Dighton-Rehoboth, including two with the tying run on third, and then allowed only two runs over the final three games.

In 2011, Rico’s dominance gave the Warriors extra confidence that they were the team to beat.

“It gives a team a huge confidence,” said Robillard. “Mistakes are going to happen and we knew that in the field, as much as we wanted to be strong for her, you can make a mistake and it doesn’t feel like the end of the world because your pitcher is going to come in and shut it down.”

Even a dominant pitcher can’t win every game on her own and the Warriors developed a fearsome lineup as well. Senior third baseman Anna Kelley was a big bat in the middle of the order, senior right fielder Kelsey Gray could always be counted on to get on base, juniors Olivia Godin and Carnase both emerged as tough outs.

The stats make it seem like an easy run through the season, but the Warriors had their share of challenges, including a pair of tough games with North Attleboro and Mansfield and two non-league encounters with a strong Coyle-Cassidy team (which KP beat 3-0 and 9-0). The highlight of the regular season was a state final rematch with Milford, which was the only team to beat KP in 2010. KP won that 1-0 to confirm its status as title favorite.

“We never said we’re going to run the schedule and that gets harder the deeper you get into the season, it’s always about the next game,” said Leonard. “It was a great group of kids. They were dedicated, they came every day to practice and worked hard, and put in all those extra hours. Any time a girl was at the plate or in the field, everyone had everyone else’s back.”

While KP rarely lacks for talent on the field, Robillard also credited Leonard’s approach in the dugout for keeping things light and not allowing the pressure of expectations to overwhelm the team. Our practices were fun and I absolutely love having him as a coach,” she said. “He was an awesome guy.”

Leonard explained, “These girls have all played enough softball with enough pressure already on them. I just wanted them to play loose, be relaxed. They’d been part of that culture for a number of years, so from that perspective we knew how hard we worked and trained and the game will take care of itself.”

Things got no easier in the tournament, as KP started its playoff run wins against perennial powers Taunton and D-R before easily dispatching with Weymouth in the South semifinal. Senior captain Alyssa Siegmann drove in one and scored twice and junior first baseman Cayleigh McCarthy drilled a clutch sixth inning homer, as KP made it two straight South titles with a 4-2 win against previously unbeaten Norwood.

“There is that little bit of pressure there that you’re supposed to do this, you’re supposed to win the South,” Robillard reflected. “I think that gave us more confidence than it did nervousness. When you’re able to take that anxiety and flip it into excitement, that’s the fine line. I think our team had a lot of maturity and there really wasn’t a panic mode.”

After taking a 3-0 lead against Acton-Boxboro in the state semifinal, the Colonials broke up Rico’s no-hitter and struck for a pair of runs to make it a nervy finish. KP finished off a 3-2 win and continued its run with another title game appearance, this time against Amherst.

For the second year in a row, Rico out-dueled the Gatorade Player of the Year (Milford’s Shannon Smith in 2010 and Amherst’s Emma Mendoker) to win the championship. Leonard joked, “I think that Rico’s season and what she brought to the game in the circle, she would have been the obvious choice but if you ask her would you rather have Gatorade Player of the Year or a state championship [laughs]…”

It was a game dominated by the two stars in the circle. Mendoker held KP hitless until the sixth inning when Rico got the first hit for the Warriors. Robillard reached on a bunt and courtesy runner Hailey Mullen went from first-to-third. The bases were loaded when Siegmann was hit by a pitch. Carnase had the big hit with a fly ball that dropped in deep left center, allowing all three runs to come across. After an appeal by the Amherst coach, Robillard was deemed to have missed third, so only one run counted.

It proved to be enough. Amherst had its chances to score, putting runners on base several times, but Rico always managed to find another gear and get out of the jam. She finished with a career-high 19 strikeouts.

“Rico remained really calm during that and just knew it was about the next pitch and she and Olivia Godin were kind of a perfectly matched tandem where they trusted each other, worked it all out together, and they worked as one unit,” said Leonard. Robillard added, “Bottom line is we put runners in scoring position and we executed when we needed to execute, whether it was one or three runs didn’t really matter to us. It was all about the final outcome.”

When asked to put into perspective the 2011 season, Leonard replied, “Those girls deserve an awful lot of credit for committing themselves and working hard and staying with each other. The best part of that year is the time you spent in practice laughing and these girls knew how to keep it light. That helped us when things would’ve gotten tight for many other teams, they were cool as could be.”

Robillard had more state championships than losses over the final two seasons of her high school career. The former Sacred Heart University player and current Bentley assistant said, “The only thing we could possibly do to improve on [2010] was to not have any losses and the fact that we could kind of come in and not just win the states but also have a perfect season, you couldn’t ask for a better way to cap off your high school career.

“We didn’t expect to go in and dominate every game, but it was sort of the cherry on the cake.” 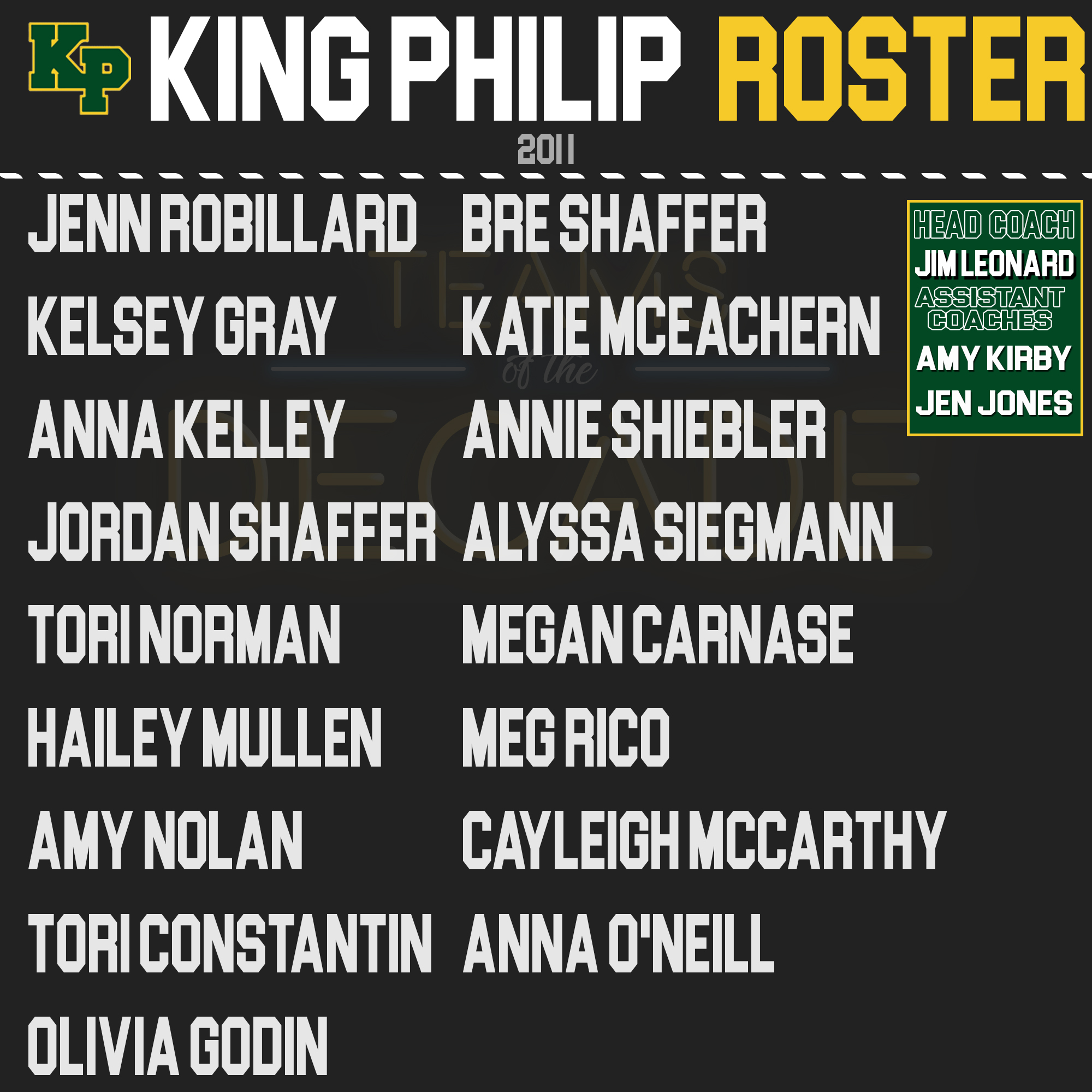 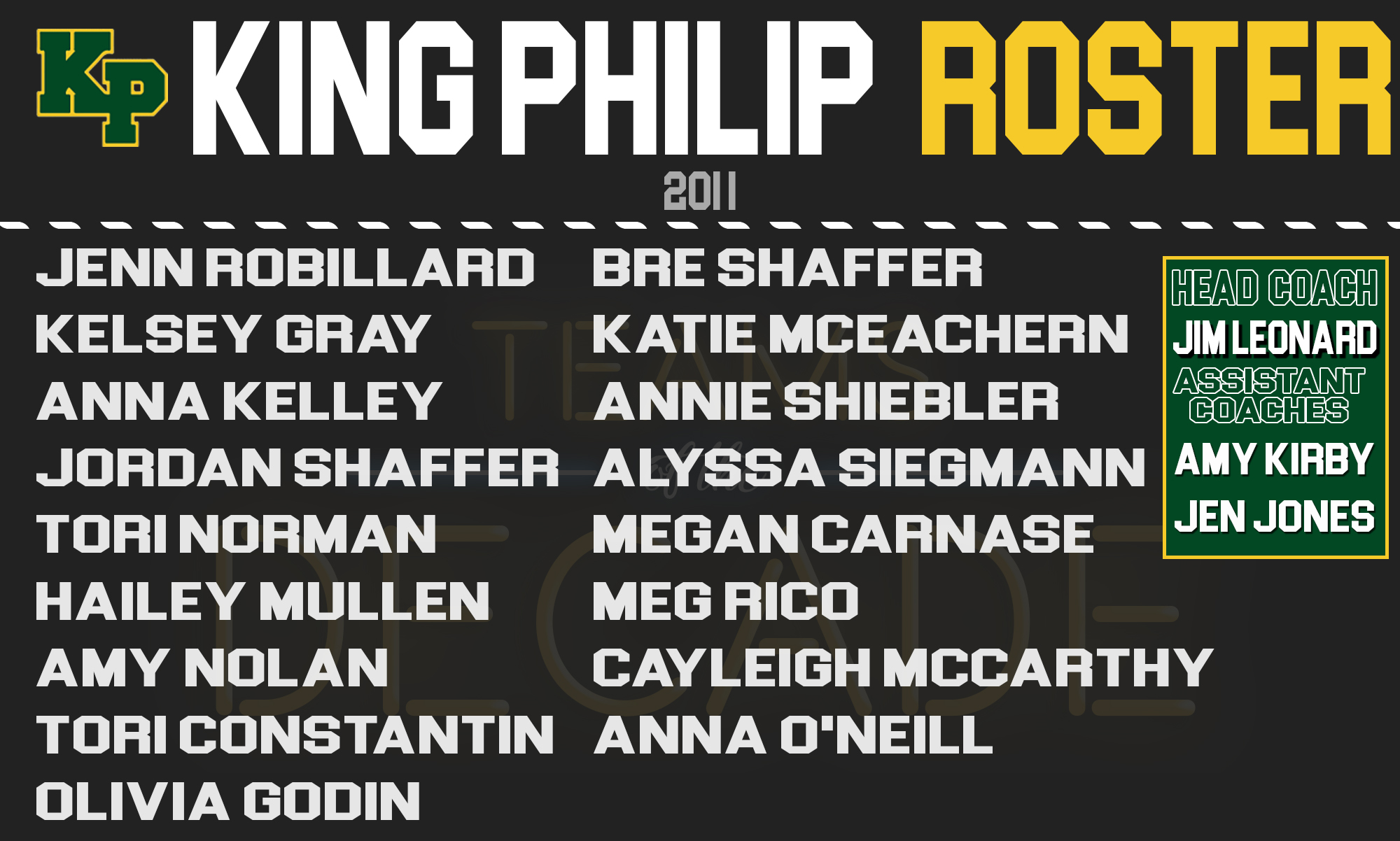