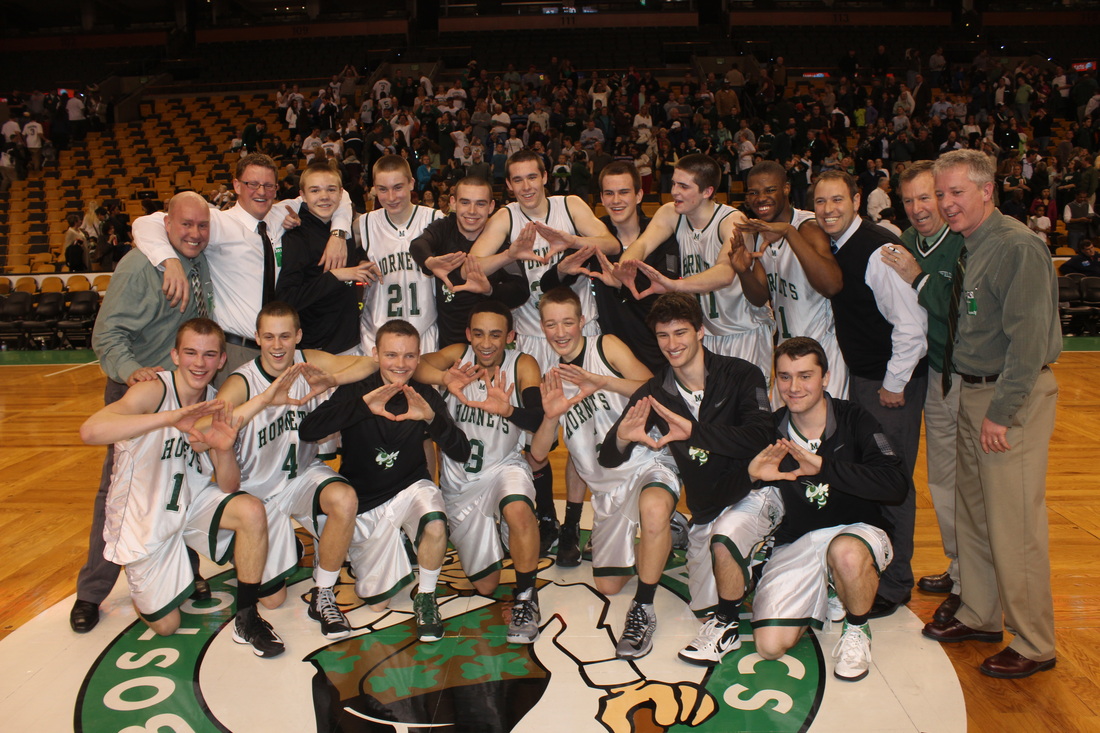 BOSTON, Mass. — Just when it looked like Mansfield was out of new players stepping up and taking control, in stepped junior Kevin Conner.

Conner, who has played on the team since his freshman year, has played a key part all season, filling a role that has been vital getting the Hornets this far and aided Mansfield in their 55-50 win over Central Catholic.

Conner scored a team-high 14 points, four of which came in key points in the fourth quarter. When Central Catholic’s Tyler Nelson gave the Raiders the lead at 47-46 with 2:20 left in the game, it was Conner’s lay up that gave the Hornets the lead back.

When Nelson tied the game at 50 with under a minute to play, Mansfield’s Kyle Wisnieski headed to the basket but his nice layoff to Conner allowed the junior to put it up for an easy two, giving the Hornets the lead at 52-50 with 32.6 seconds left.

Wisnieski ended up with the steal on the defensive end before Central Catholic fouled sophomore Brendan Hill. Hill hit one of two, giving Central a chance to tie it. Instead, Hill was called for a foul with 11.6 left and the Raiders were forced to inbound the ball again.

Mansfield – up by three – elected to foul Jamahl Lopez and send him for a one and one. Lopez missed his first attempt and sophomore Michael Boen ended up with the rebound. He was fouled and sank both his free throws to seal the game, 55-50.

“That was more my team than me if anything,” Conner said. “My team is great at passing, great at being unselfish and dishing the ball off to each other.”

Beyond Conner, seven other Hornets scored, including eight points from Rocky DeAndrade and seven from Greg Romako and Michael Boen each.

“It’s hard to figure out who is going to score for us,” Mansfield head coach Mike Vaughan said. “We’re doing a great job of spreading the ball around and getting guys open and trusting each other.”

Wisnieski was subbed in and out with Conner in the fourth quarter to help on the defensive end, something the pair has been doing all season.

“We just try to do what we can to help us win,” Wisnieski said. “If that’s our role for the game, that’s our role. We knew they were good offensively, we knew we needed to play good defense. We came and got it done.”

Mansfield will now play in the Division 1 State Finals on Saturday at the DCU Center in Worcester. The Hornets will play Putnam, who defeated Milford in the other side of the bracket.

“I’m so excited,” Boen said. “That’s what I’ve always dreamed of and that’s what everybody here has always dreamed of. In the offseason, that’s all we said, ‘Let’s make it to the state championship.’ We’re here finally. We just need to win that now.”