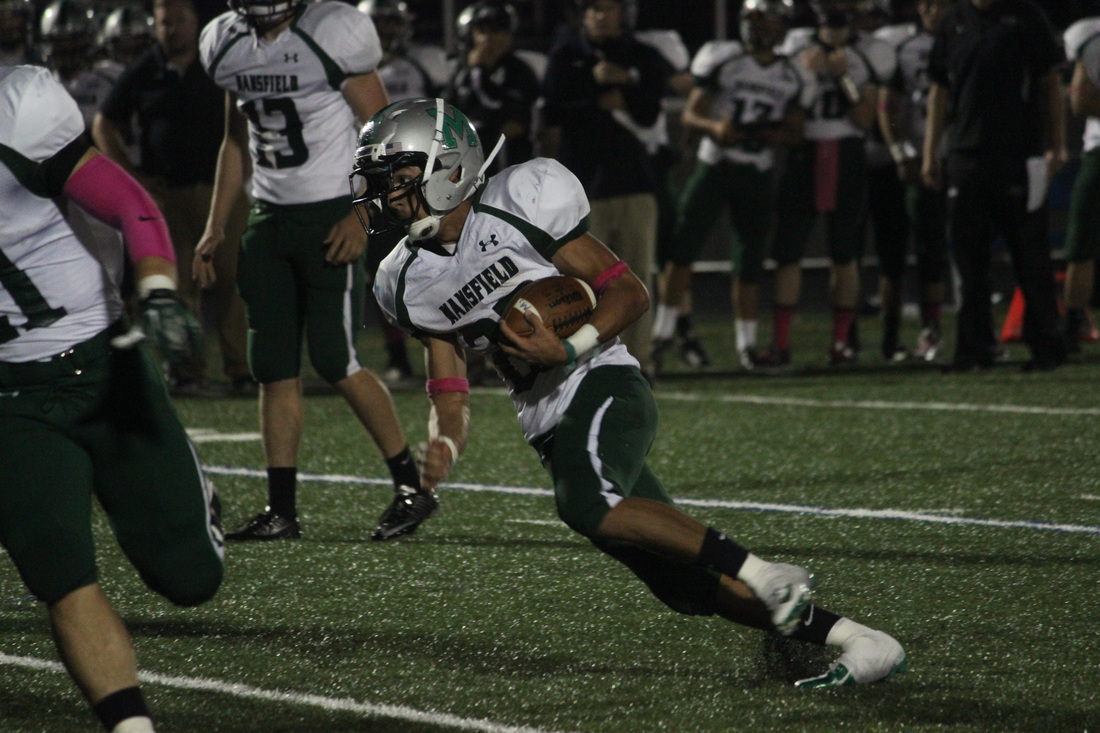 Mansfield’s Kyle Wisnieski threw three touchdown passes, one of which to Miguel Villar-Perez, who also ran for two more to keep the top-rated team in Massachusetts undefeated. Mike Hershman and Brendan Hill also came up big on the receiving end.

“We just did enough to win and that’s a great win against a very good football team,” said Mansfield coach Mike Redding.

The scoring got underway quickly as the Bombardiers, who received the opening kickoff, scored on their second play when Tim Walsh connected with Damon Belin for a deep 63 yard touchdown pass. Mike Cannata, who was once again perfect on point afters, made it 7-0 on the PAT.

This didn’t discourage the Hornets too much however, as Wisnieski found Hill and Hershman for two big gains – for 24 yards and 34 yards respectively – then Villar-Perez ran in for a short two yard touchdown, and the addition of Alex Thompson’s PAT made tied the game at seven.

Attleboro struck right back on the next drive, as on a 1st & 15, Belin erupted for a 66 yard burst after catching a Walsh screen pass that would put the Bombardiers up 14-7.

The rest of the the first quarter turned into, for the most part, a defensive battle, until Wisnieski began leading his team play by play down field, until he passed it off to Alex Ruddy who ran it in from four out, and the successful PAT tied it up at 14-14 early in the second quarter.

Later in the quarter, Mansfield would add another touchdown as Wisnieski connected with Hill for an eight yard pass, but Thompson’s PAT kick went just wide and the Hornets held their first lead of the game, by six, at 20-14 with 4:25 left before the half.

Mansfield would add another touchdown before the half as Wisnieski found Villar-Perez for seven yards on 2nd & Goal, after an initial Villar-Perez touchdown run was taken back on an illegal shift penalty. A failed two-point conversion left it at 26-14 with 1:24 left, and carried that score into halftime.

When the second half opened, Mansfield received the ball, but it was Attleboro who received the momentum as they stopped the Hornets and fumbled snap on the punt gave Attleboro the ball at the Mansfield 40 yard line that they capitalized on two plays later, when Walsh found Luke Morrison for a 23 yard touchdown that brought the Bombardiers within five points, at 26-21.

Then Mansfield fumbled on the resulting kickoff, which was recovered by Attleboro’s Ross Killion, and three plays later, Tom Burns made a one-handed catch and raced in the end zone off a 21 pass from Walsh and the Bombardiers took a 28-26 lead with 8:00 left in the third quarter.

The Hornets, though, were quick to correct their errors and turn momentum in their favor, as Wisnieski would run it in himself on the goal line on the next drive to take back the lead, and completing a two-point conversion pass to Hill which made it 34-28, a lead which Mansfield would never relinquish.

After shutting down the Bombardiers on the resulting drive, Mansfield took their next drive 65 yards on a run-heavy style, with a pair of plus 10 yard passes, and finished it off with a four yard touchdown pass to Kyle Hurley and another successful two-point conversion that made it 42-28.

Things became worse for Attleboro when Aurien Dawkins picked off Walsh on at midfield late in the third quarter, setting up an eventual Villar-Perez 27 yard run a few plays later. The Hornets opted for the PAT, and Thompson would convert it successfully to make it 49-28 in the opening seconds of the final quarter.

Attleboro came back to life quickly though, as a big 24 yard pass at midfield to Dave Duquette that set up an even bigger 26 yard pass to Morrison that made it 49-35, bringing the Bombardiers within two touchdowns with 8:42 left in the game.

Attleboro tried an offsides kick, but the Hornets recovered and Wisnieski made a huge 53 yard touchdown pass to Hill, only to see it taken back by a penalty. After a few incompletions, Mansfield was forced to punt.

Attleboro took this opportunity down field, finishing off the drive with another Burns touchdown, this one a pass from seven yards out, that put the Bombardiers within a touchdown, 49-42, of downing the Hornets, something they have yet been able to do in the Hockomock since joining in the fall of 2010.

On the resulting play, with 3:24 left, Belin picked off Wisnieski at the Mansfield 37 yard line, setting up a potential late game-tying drive.

That would not be the case though, as the Mansfield defense came up big, stopping Belin in the backfield for a loss of four, and forcing three straight incompletions. After receiving the punt, the Hornets let the clock run out to secure another win in perhaps their toughest battle of the year.

“Unbelievable high school football game. Doesn’t get better than this,” said Redding. “When do you score 49 and have to hang on to win at the end? Just great football. They ought to be so proud of themselves, we’re proud of our guys. I’m glad we don’t play them again because I don’t think I want them again the rest of the year.”

“If someone wants to double me, we’ve got Mike [Hershman] Kyle [Hurley] and Miguel [Villar-Perez]. If they want to double Hersh or anybody, someone will be open. With all of the weapons on our team, we’re dangerous now with all of those guys back.”

He added, “We’re onto North Attleboro next week and our season continues. We’ve just got to learn from this experience, Mansfield is a great team.”

The Bombardiers take on their arch-rival, the North Attleboro Red Rocketeers, for only the second non-Thanksgiving showdown ever, in their final home game of the regular season next Friday, while Mansfield will play host to the Tigers of Taunton.

Feedback for student reporters can be sent to info@HockomockSports.com. Cameron Merritt can be follow on Twitter at @RedSoxCam1996. 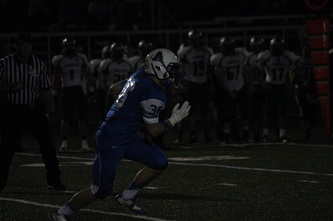 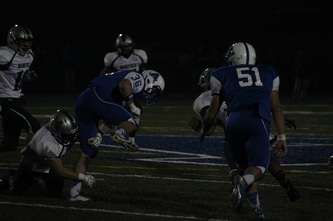 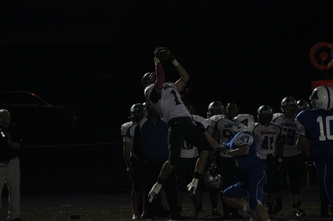 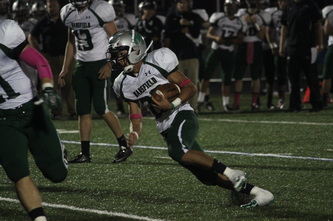 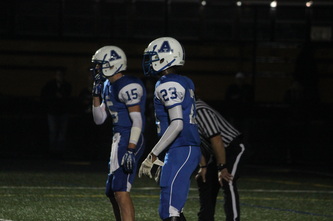 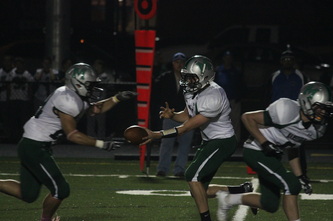 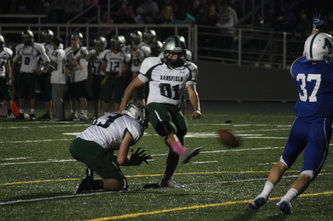 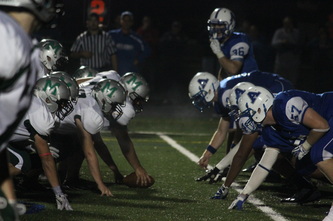 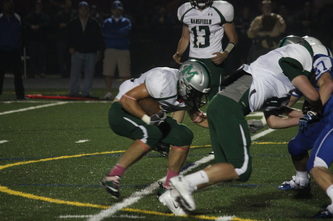 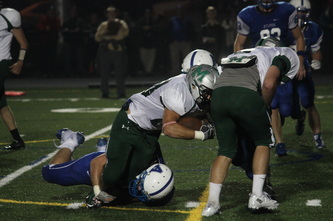 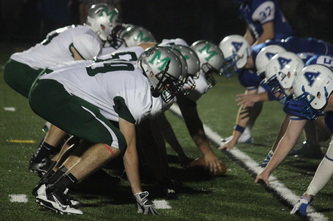 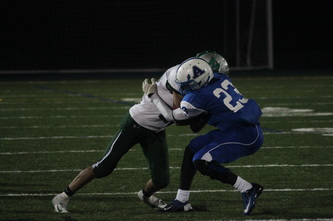 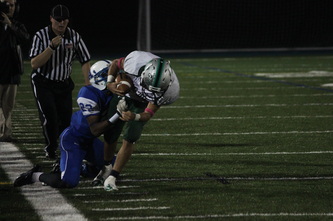 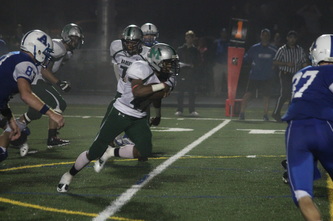 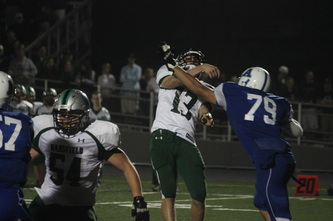 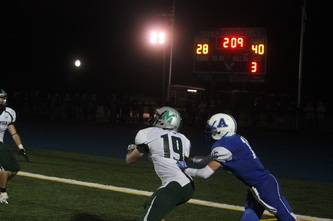 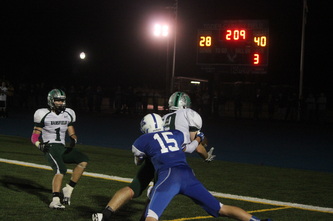 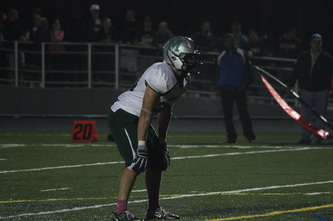 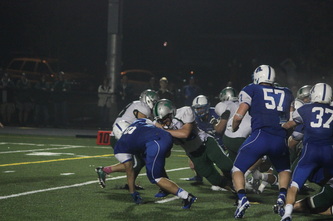 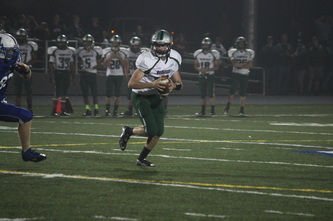 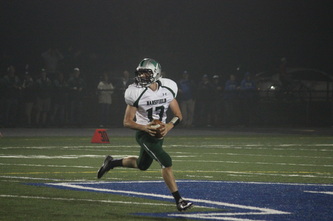 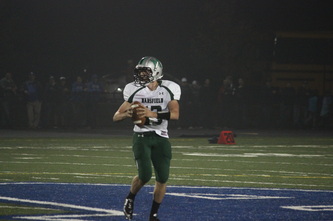 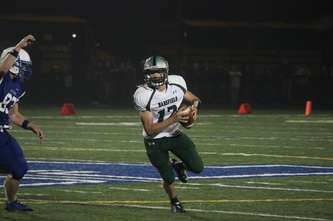 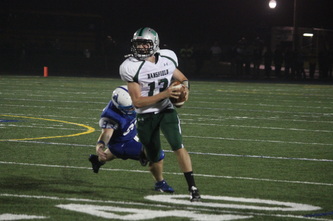 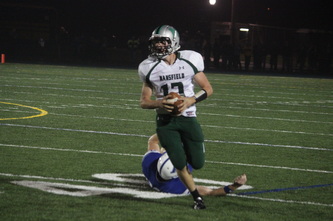 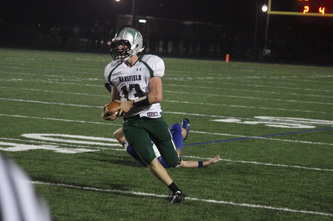