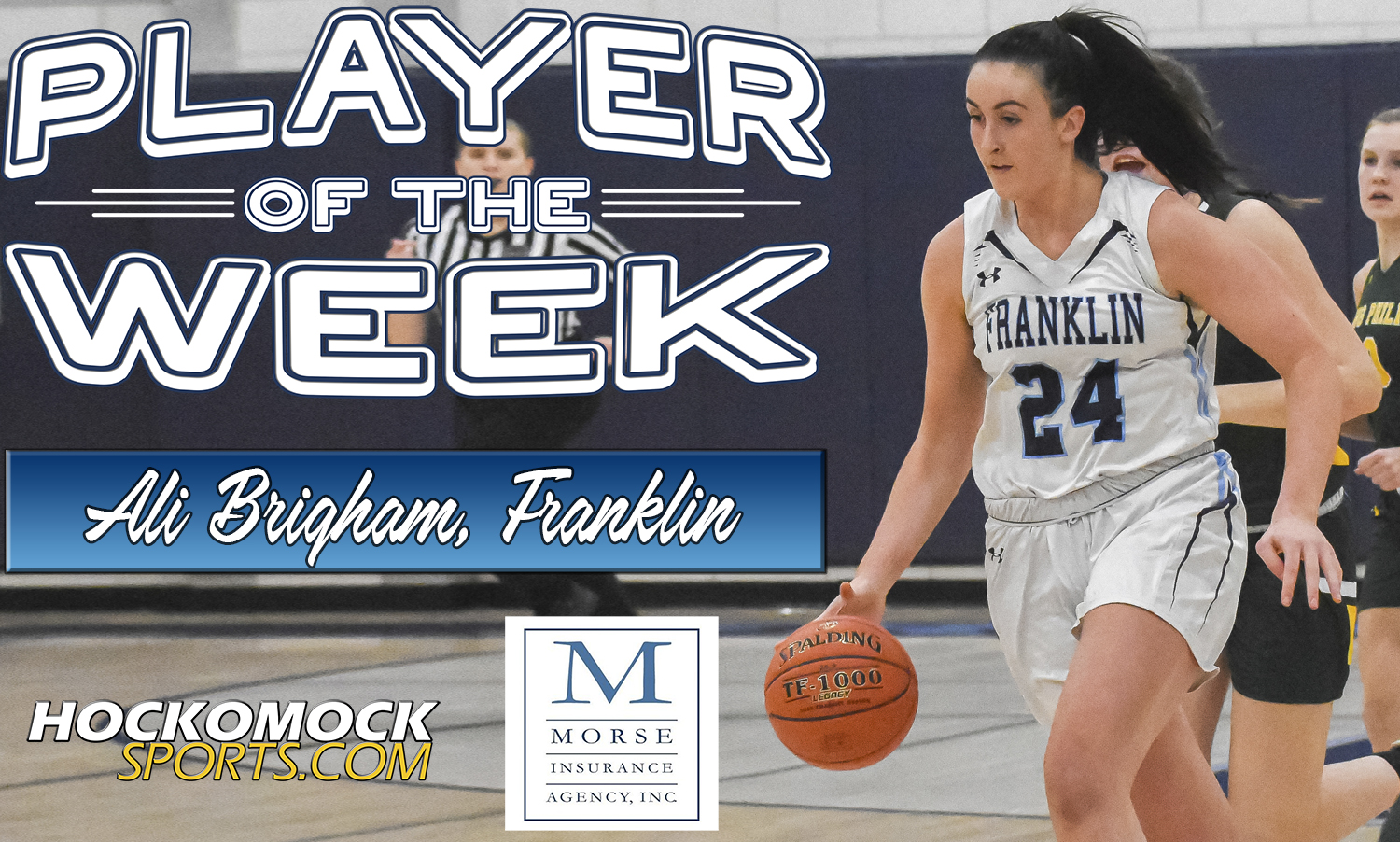 Franklin senior Ali Brigham has been selected as the HockomockSports.com Player of the Week, presented by Morse Insurance, for Feb. 9 through Feb. 15. Brigham is the 21st player chosen as Player of the Week for the 2019-20 school year and the 10th for the winter season.

Brigham, the reigning Hockomock League MVP and HockomockSports.com Player of the Year, powered Franklin to another dominant week, as the Panthers closed out a perfect run through league play and made a statement with a big win against fellow Div. 1 state title contender Bridgewater-Raynham. In the process, Brigham has closed in on 1,600 career points, putting her in range to pass Kelly Meredith’s school scoring record (male or female) of 1,632.

“Ali has transformed our program,” said Franklin coach John Leighton. “She is a special athlete who draws the attention of every opponent. Yet, she welcomes the challenge. Ali has looked out of double teams to create offense through her teammates. As a coach it is very rewarding to have a player of Ali’s caliber who is always seeking to improve.”

The week started with the Panthers clinching the outright Kelley-Rex division title by sweeping the season series with Oliver Ames. Brigham led all scorers in the game with 22 points. Two days later, Franklin completed a 16-0 league campaign with another big win against Attleboro. Brigham was dominant on Thursday, scoring 23 points and grabbing 14 rebounds in the first half alone, on her way to 28, 15, and five blocks.

On Saturday night, Brigham and the Panthers made a statement with a 17-point win against B-R in the opening round of the Comcast Classic. The George Washington-commit rose to the challenge and scored 19 points and grabbed 18 rebounds in the win. Coming into this week, Brigham was the league’s leading scorer at more than 20 points per game for the unbeaten (19-0) Panthers.