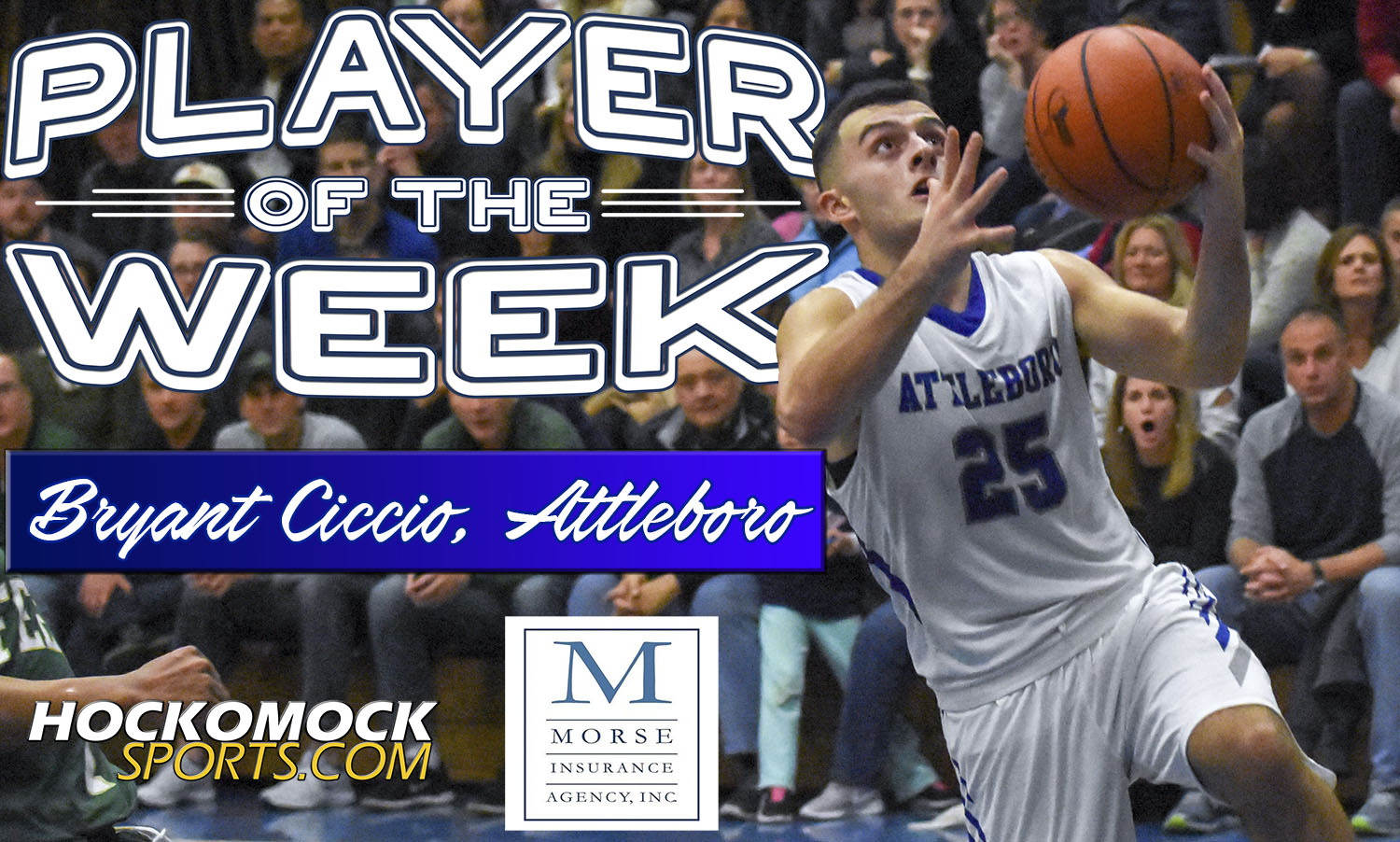 Attleboro junior Bryant Ciccio has been selected as the HockomockSports.com Player of the Week, presented by Morse Insurance, for Dec. 9 through Dec. 15. Ciccio is the 11th player chosen as Player of the Week for the 2018-19 school year and the first of the winter season.

Ciccio has led Attleboro to a perfect 3-0 start, setting a new career-high in points in the season opener against Bishop Feehan, scoring a big basket to stymie a late comeback by Canton, and hitting clutch free throws in the closing seconds of regulation to force overtime against Mansfield. The junior point guard is averaging 22 points per game for the unbeaten Bombardiers.

“Bryant’s ability to make plays for our team in crucial situations was a major factor in the outcome of our first two league games,” said Attleboro coach Mark Houle. :He is a fierce competitor who continues to work hard and improve with his teammates every day.”

The season started with a game against cross-town rival Bishop Feehan and Ciccio scored 10 of his game- and career-high 25 points in the fourth quarter to help Attleboro rally and beat the Shamrocks. Ciccio went 8-of-10 from the free throw line in the fourth. On Tuesday, Canton rallied from a 12-point deficit to cut the Attleboro lead to just a single point, but Ciccio hit a big basket that restored a three-point advantage. He finished with 17 points in the win and four assists.

The week concluded with a dramatic victory over defending state champion Mansfield, which was the first time that Attleboro had beaten the Hornets since a similarly dramatic game in 2014, snapping an eight-game skid to Mansfield. Ciccio hit a free throw with 0.6 seconds on the clock to force overtime and then sank a pair of free throws in the final seconds of the overtime period that turned out to be the game-winning points. He had a game-high 24 points in the win, including five three-pointers, and four rebounds.