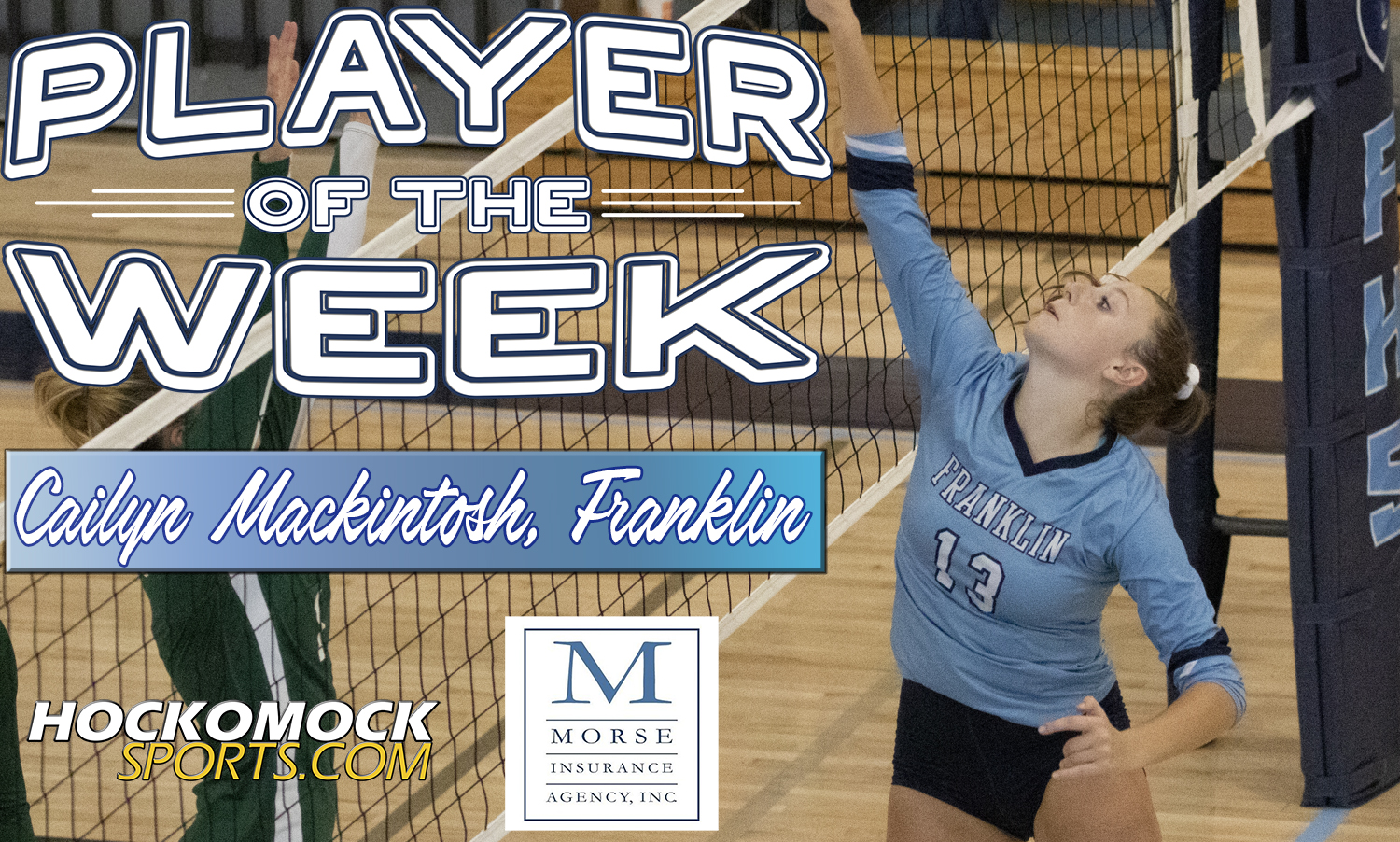 Mackintosh had a busy week setting up the Franklin hitters, helping the Panthers win both games, including a five-set thriller against Bishop Feehan. The sophomore, who has stepped into the setting role that was held last year by HockomockSports.com Player of the Year Lauren McGrath, totaled 67 assists over the two games last week and was strong at the service line for the Panthers.

“For being so young, her volleyball IQ is right up there with everyone else,” said Franklin head coach Kelsey Weymouth. “Getting her feet to every ball and her decision making has been key when we’re in a rut!”

On Tuesday, Franklin rallied from a 2-1 deficit to beat Feehan in a non-league clash. Mackintosh racked up 41 assists against the Shamrocks and added three aces to help the Panthers win the final two sets and secure the win. Two days later, the Panthers swept Foxboro and again it was Mackintosh that got the offense in gear, finishing with 26 assists in the win.

The defending Kelley-Rex division champions are one back of current league leaders King Philip and Oliver Ames and Mackintosh has been a big part of their aspirations for a repeat. She is second in the league with 244 assists, behind only OA senior Allie Kemp.