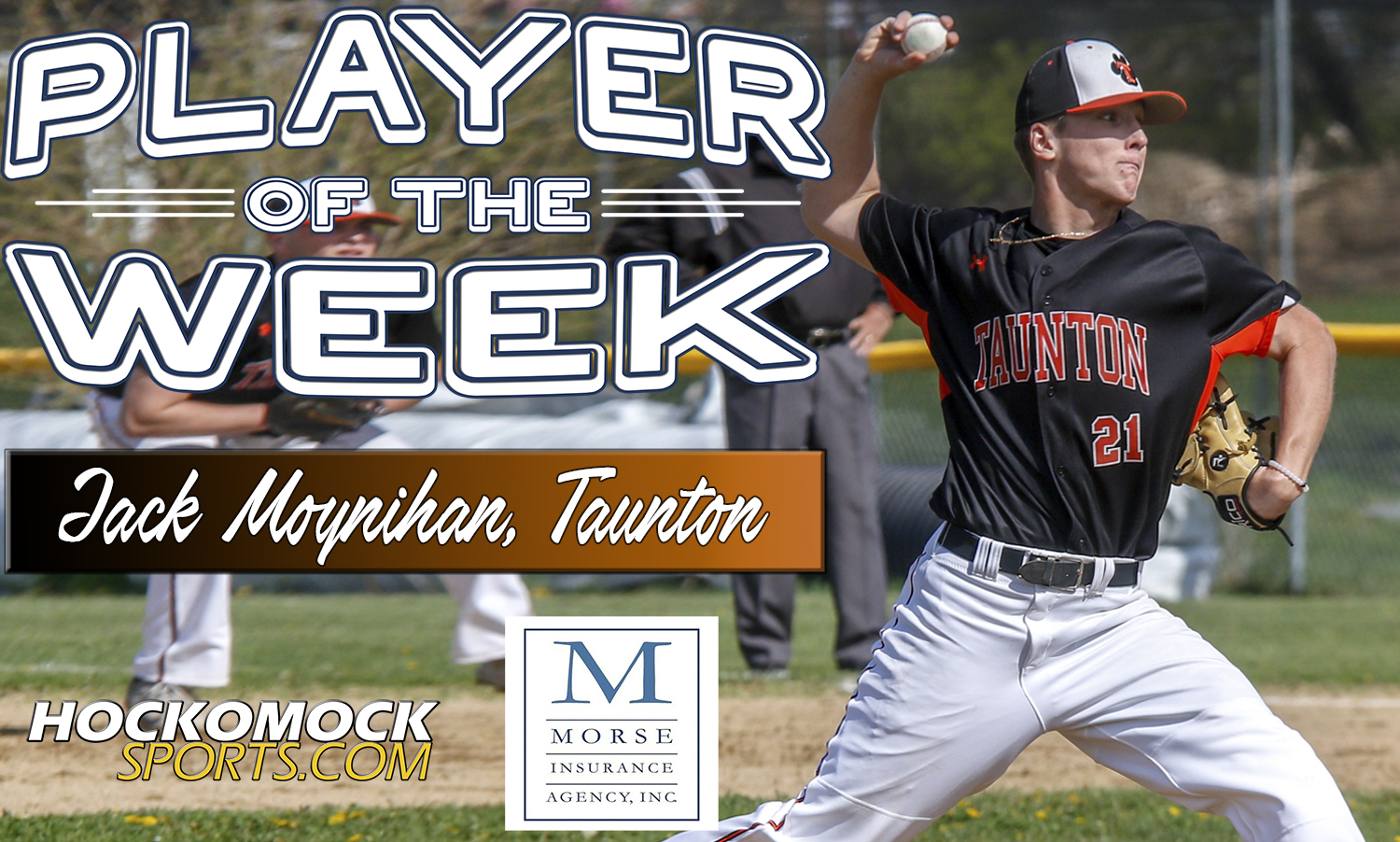 Taunton senior Jack Moynihan has been selected as the HockomockSports.com Player of the Week, presented by Morse Insurance, for June 2 through June 8. Moynihan is the 33rd player chosen as Player of the Week for the 2018-19 school year and the 10th player in the spring season.

Moynihan tossed a gem in Taunton’s playoff opener against Marshfield, a team that entered the postseason on the back of a pair of wins, including one over top seed Silver Lake. Moynihan shut down the Rams and got the Tigers started on a tournament run (which continued on Monday with a walk-off victory against Catholic Memorial). It was Moynihan’s second straight complete game shutout; he blanked KP with four-hit, four strikeout performance in the regular season finale.

“Jack’s been that guy we’ve looked to all year when we need a dominate performance and he delivered one of the best pitching performances of his career,” said Taunton head coach Blair Bourque. “It couldn’t have come at a more opportune time. The last couple of postseason losses put a bitter taste in his mouth and he was excited to get the opportunity to pitch in the postseason again.”

Against Marshfield, Moynihan went the distance in a complete-game shutout. He allowed only five hits and one walk, while striking out 12. Taunton won the game 6-0. It was the sixth win of the season for Taunton’s ace (6-2) and remarkably improved his ERA, which was only 1.32 at the end of the regular season. He was third in the Hock with 54 strikeouts in 47-2/3 innings during the regular season. The Tigers will take on No. 9 seed Xaverian in the Div. 1 South semifinal.