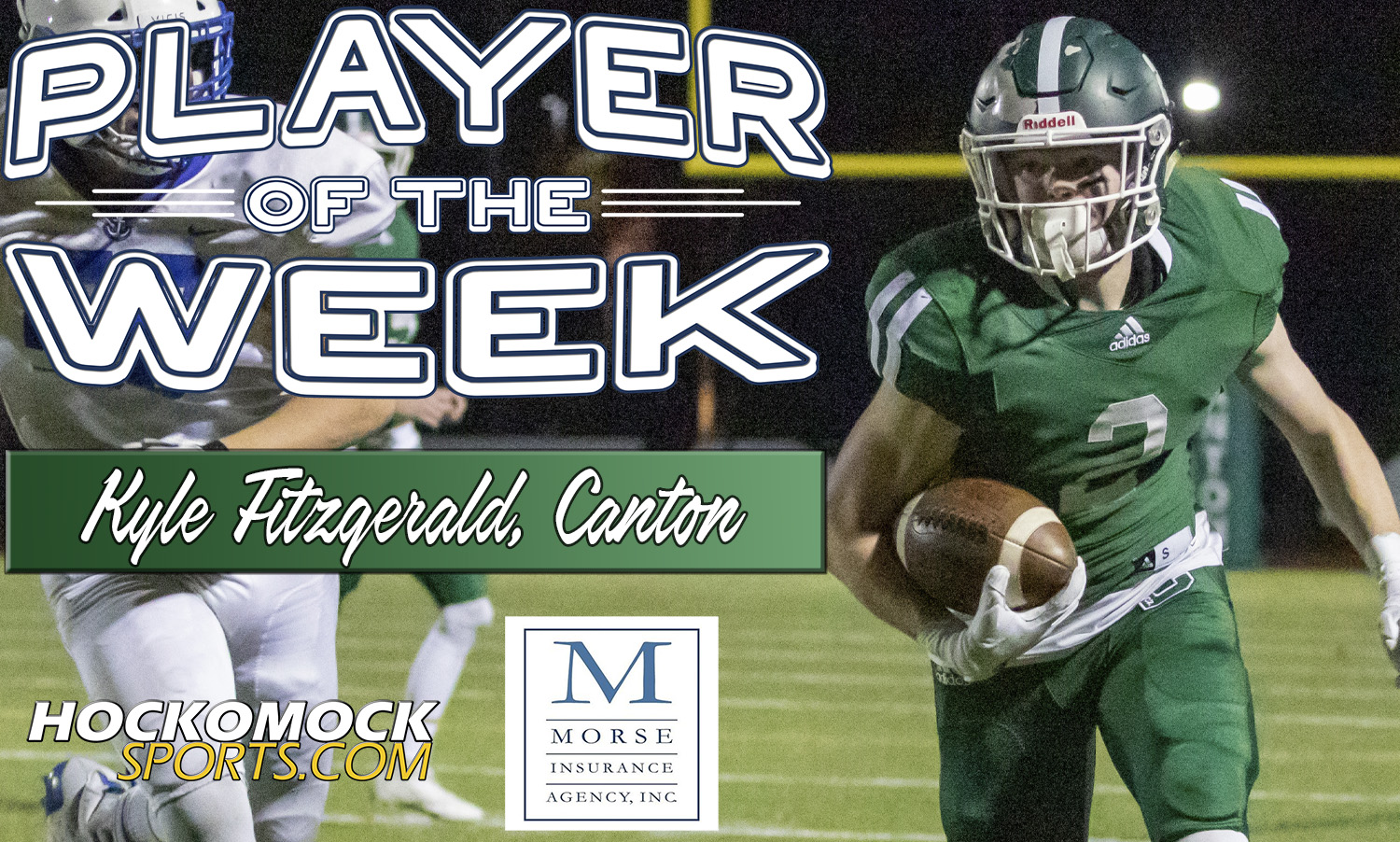 Fitzgerald put in a star performance in Canton’s impressive win against Scituate on Friday night, helping the Bulldogs get a measure of revenge over the team that beat them in the South final last season. Fitzgerald rushed for 167 yards, scored three touchdowns, and picked off a pass as the Bulldogs rolled to a 34-14 victory.

“He’s our leader, he’s the guy we lean on as much as anybody,” said Canton head coach Dave Bohane said of Fitzgerald. “He was dialed in all week, as were all the kids, but Kyle he really appreciates the big stage. He’s an excellent student, a great kid, very well respected by the kids in the school. He gets it, he gets the magnitude of these games.”

Leading by just a touchdown in the third quarter, Fitzgerald intercepted a pass at the Scituate 40-yard-line. On the next play, he burst through the line and broke free for a 40-yard score. He bowled over a defender at the goal line for a seven-yard touchdown that made it 28-0 and then added a 56-yard TD after the Bulldogs recovered an onside kick. Fitzgerald is tied with teammate Johnny Hagan with a league-leading 10 rushing touchdowns this season.