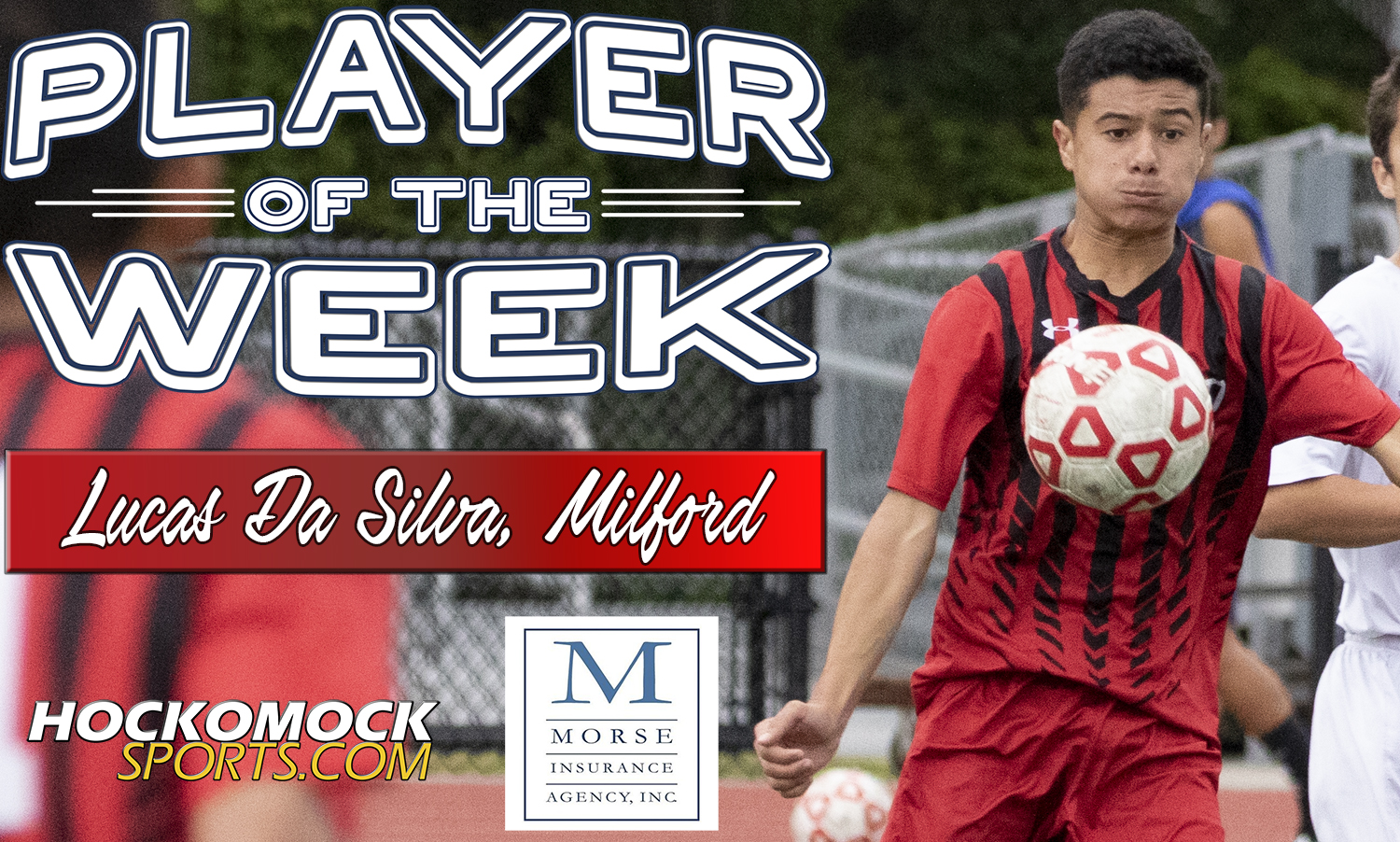 Milford junior Lucas Da Silva has been selected as the HockomockSports.com Player of the Week, presented by Morse Insurance, for Oct. 6 through Oct. 12. Da Silva is the sixth player chosen as Player of the Week for the 2019-20 school year.

Da Silva had an impressive week, as the Davenport division-leading Hawks solidified their position at the top of the league with three wins and moved within one point of securing back-to-back titles. He scored one goal and had three assists this week, providing important moments in all three of the wins, including assists on two game winners.

“Lucas is a really creative player with a high soccer IQ,” said Milford coach Brian Edwards. “His flexibility also allows us to plug him at various positions depending upon where he is needed.”

On Monday, the Hawks rallied in the second half to earn a one-goal win at Canton. Da Silva assisted on a goal by Pedro Joao Da Silva that proved to be the game-winner and handed Milford a 2-1 victory. Two days later, Da Silva controlled the midfield against Stoughton, adding the third goal in a 5-0 win. He closed out the week with a pair of assists in a win at Attleboro. Again he set up Joao Pedro for a goal that turned out to the game-winner and then set up Pedro Araujo for the team’s third.

Milford has already clinched a share of the Davenport title and needs only a draw from its remaining five Davenport games to win the division outright. With his four-point week, Da Silva has moved into a tie for third in the league’s scoring charts with 11 points (four goals and seven assists).