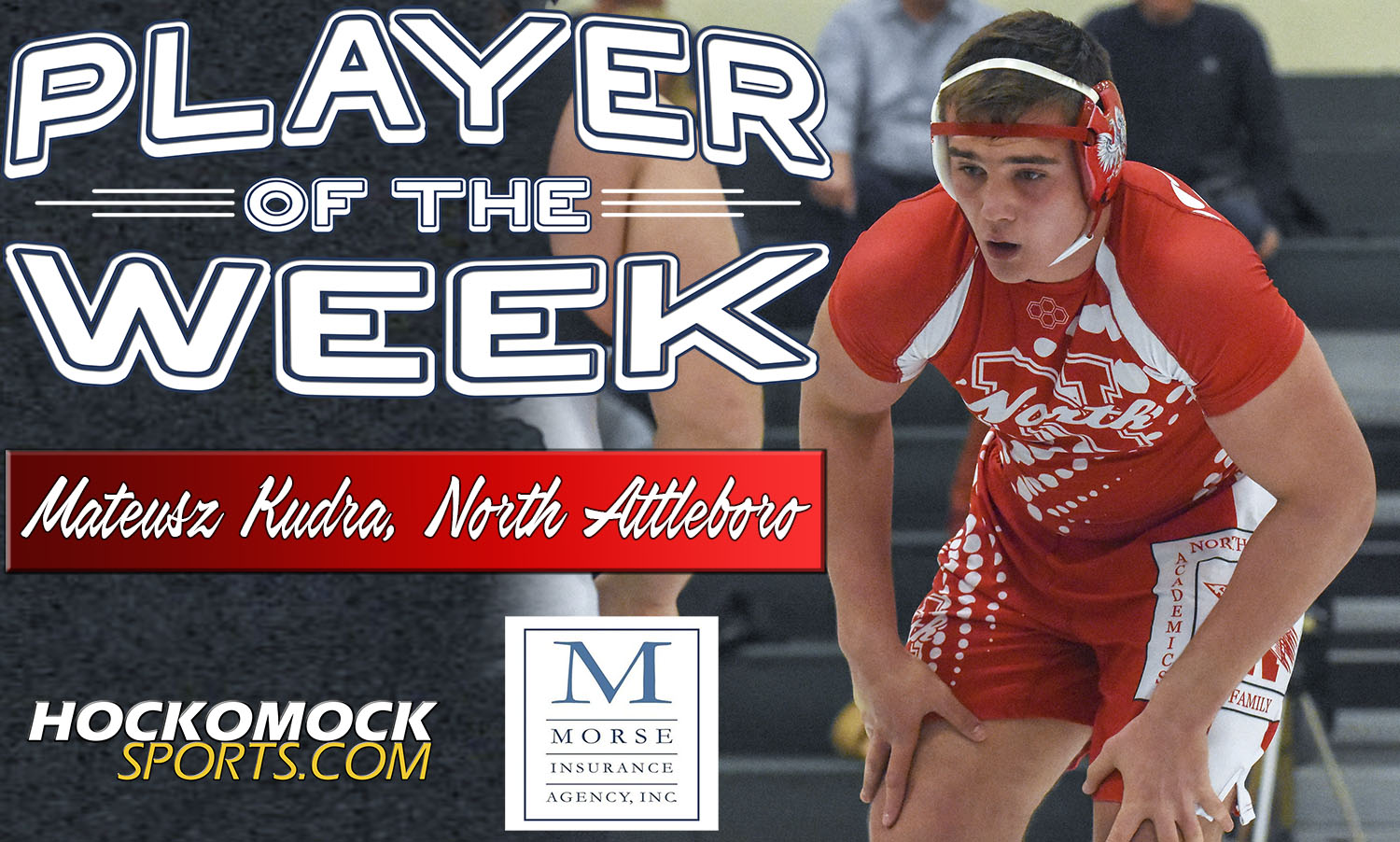 North Attleboro senior Mateusz Kudra has been selected as the HockomockSports.com Player of the Week, presented by Morse Insurance, for Feb. 10 through Feb. 16. Kudra is the 20th player chosen as Player of the Week for the 2018-19 school year and the 10th player in the winter season.

Kudra, a University of Virginia-commit, continued his unbeaten season by winning the Div. 3 state title at 285 pounds at this weekend’s state meet at Beverly High. Coming into the tournament as the top seed, Kudra won all four of his matches and didn’t allow any of his opponents to score a point against him. With Kudra winning his individual title, North finished second as a team, scoring 104.5 points, behind only Central Catholic.

Kudra reached the final on the back of three straight pins, with only one of the first three matches lasting beyond the first period. In the final against his opponent from Tewksbury, Kudra scored five points in the second period and that turned out to be all the scoring, as he took a 5-0 decision to win the state title. His record improved to 42-0 on the season.

This weekend, Kudra and North will head to the all-state tournament at St. John’s Prep. Last year, wrestling at 220 pounds, Kudra placed third at all-states, and then went on to finish sixth overall at the New England championships.