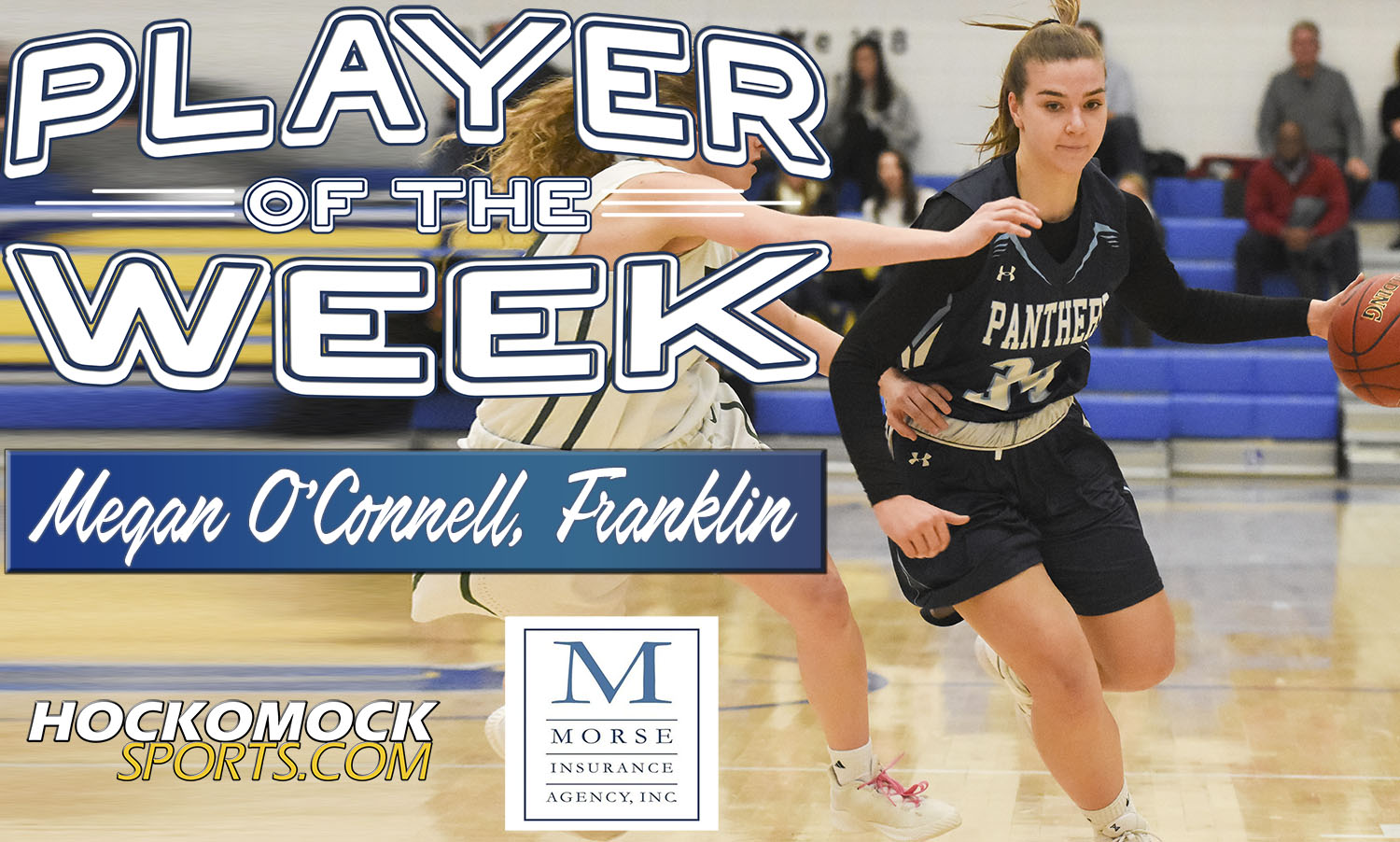 Franklin junior Megan O’Connell has been selected as the HockomockSports.com Player of the Week, presented by Morse Insurance, for March 3 through March 9. O’Connell is the 23rd player chosen as Player of the Week for the 2018-19 school year and the 13th player in the winter season.

O’Connell has been an important part of Franklin’s league championship season, but that went to a new level on Friday night at Worcester State when she hit arguably the biggest shot in the program’s history (to this point). With the Panthers down one to undefeated top seed Wachusett in the Div. 1 Central final, O’Connell grabbed an offensive rebound and hit an off-balance putback at the buzzer to secure the program’s first-ever sectional title.

Here is the video of Meg O’Connell’s game-winner for Franklin at the buzzer to win Franklin’s first ever sectional title #hockomock pic.twitter.com/MeGj02SXfx

“Megan is the ultimate team-first player who has done everything we have asked of her to help this team win,” said Franklin coach John Leighton. “In the playoffs, she has raised her game to a whole new level both offensively and defensively. I could not be prouder of her.”

O’Connell finished the sectional final with 10 points and nine rebounds and she continued to combine well with center Ali Brigham, using her ability to take players off the dribble to open up passing lanes to get the ball into her classmate. In addition to her heroics against Wachusett, O’Connell rebounded from a tough shooting night in the playoff opener to spark Franklin to a big win against Concord-Carlisle in the semifinal.

She scored 10 of Franklin’s 14 points in the first quarter, taking advantage of the attention being paid top Brigham to find driving lanes. She finished with 19 points and 13 rebounds, as the Panthers advanced to the Central final for the first time since 2015. O’Connell also knocked down a big jumper late in the comeback against Westford Academy that kicked off Franklin’s tournament run.