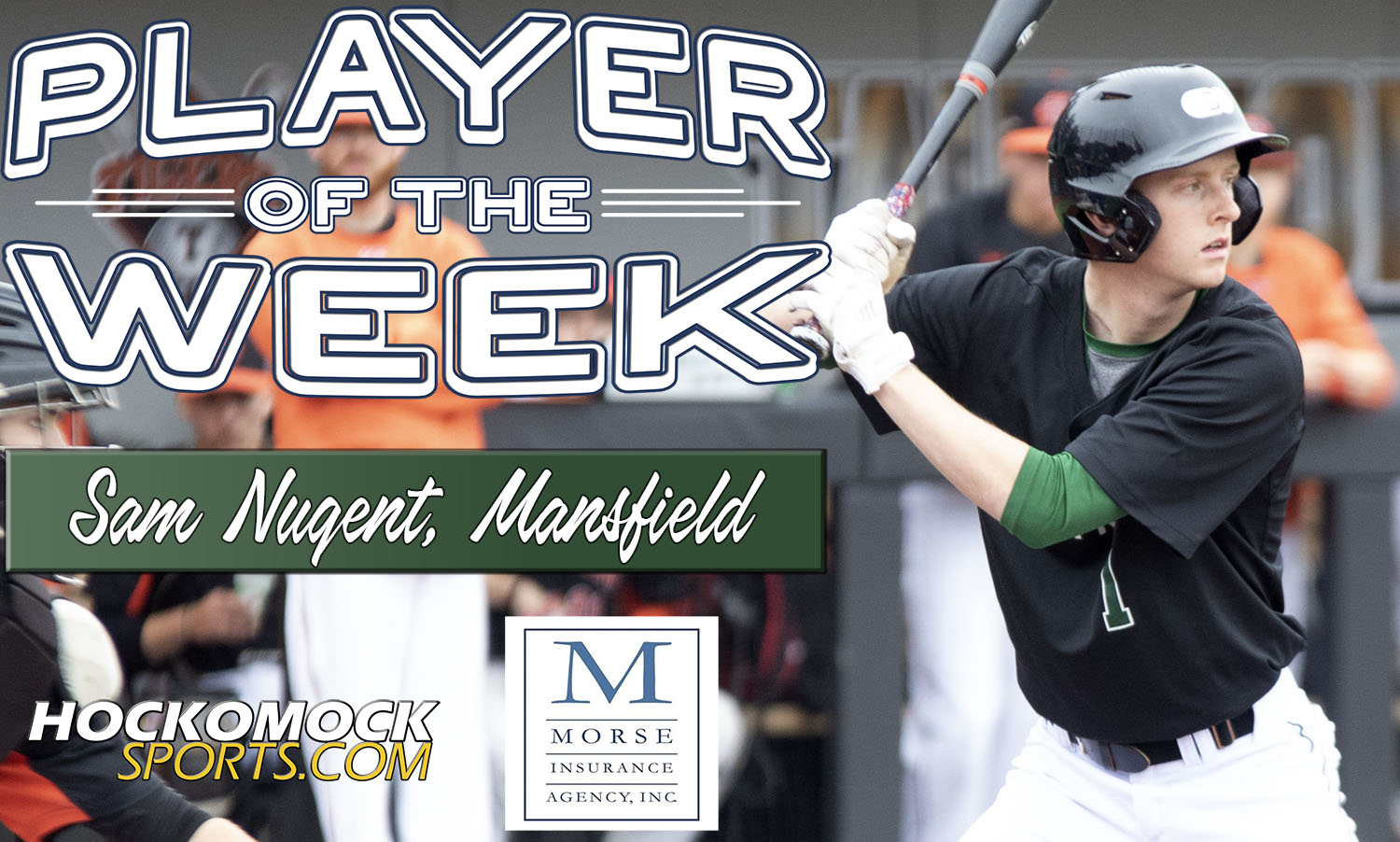 Mansfield senior Sam Nugent has been selected as the HockomockSports.com Player of the Week, presented by Morse Insurance, for May 26 through June 1. Nugent is the 32nd player chosen as Player of the Week for the 2018-19 school year and the ninth player in the spring season.

Nugent was a major factor in the Hornets bouncing back with a pair of wins this week and securing a return to the prestigious Super 8 tournament for the second straight season. Mansfield (17-5) beat Bishop Feehan and fellow Super 8 hopeful St. Peter Marian to earn the seventh seed and will travel to second-seeded St. John’s Prep on Wednesday afternoon.

“Sam had an incredible week during a time we needed it the most,” said Mansfield coach Joe Breen. “He’s a senior captain that’s leading by example at the most important time of year. We are looking forward to more of this in the postseason.”

Nugent had a pair of hits, including a double, drove in a run, and scored once in a win over Bishop Feehan that got the Hornets back on track after a brief, two-game losing streak. In the regular season finale on Saturday, Nugent went 3-for-3 with a walk against the Guardians, as the Hornets put the finishing touch on their Super 8 resume. Nugent scored smashed a three-run home run to help spark the Hornets’ offense. He twice, stole a base, and drove in three runs to help Mansfield leave Worcester with the victory.