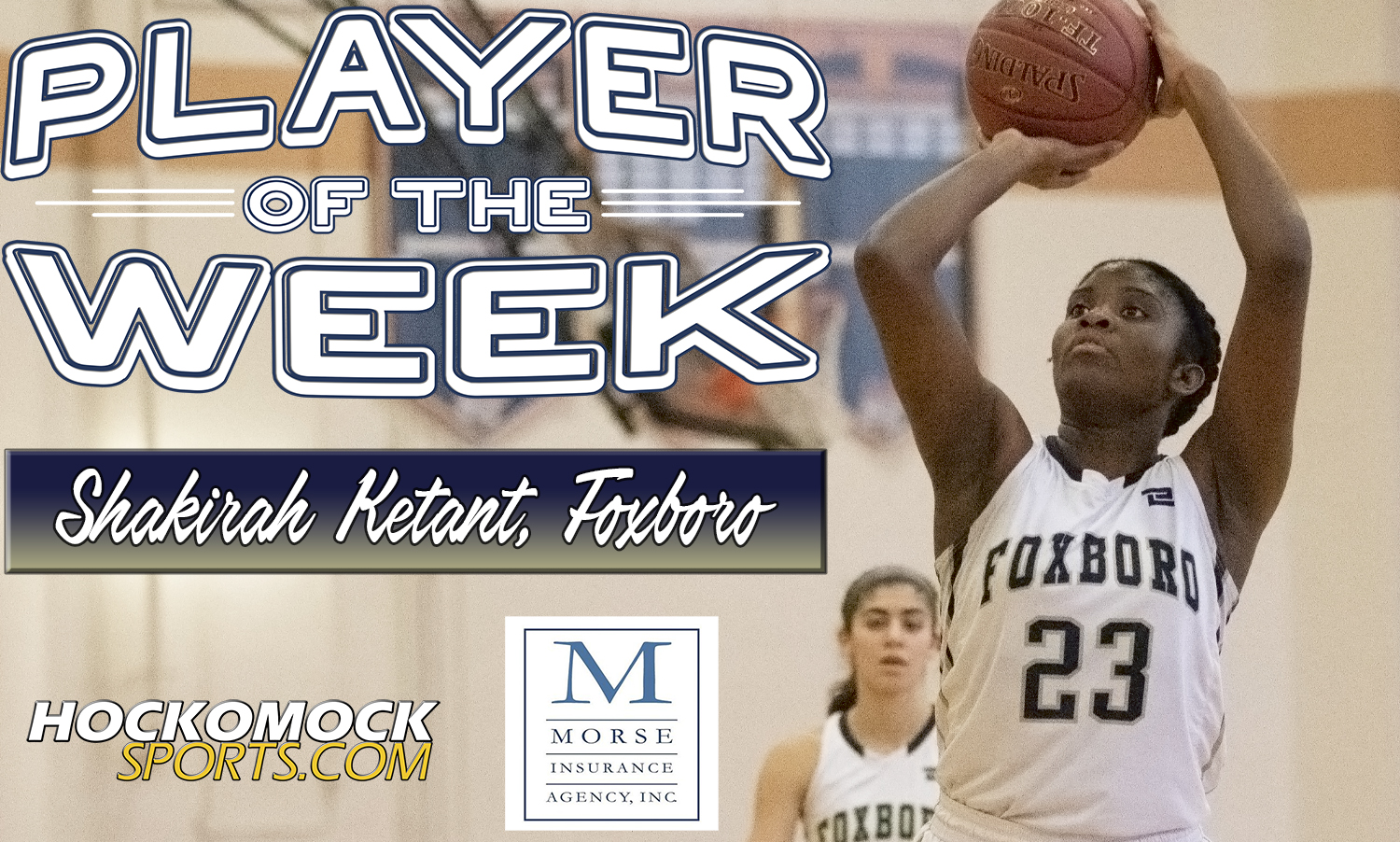 Foxboro senior Shakirah Ketant has been selected as the HockomockSports.com Player of the Week, presented by Morse Insurance, for March 1 through March 7. Ketant is the 24th player chosen as Player of the Week for the 2019-20 school year and the 13th for the winter season.

Ketant has been a force in the paint on both ends of the court, helping Foxboro make a run to its third Div. 2 South title in the past four years. An all-star this season, Ketant has emerged as a consistent presence on the glass and a versatile weapon on the offensive end, recording double-doubles in both the South semifinal and final and adding a different weapon to the Warriors attack.

“Shakirah has been a true impact player this season and more importantly during our post-season run,” said Foxboro coach Lisa Downs. “Her inside offensive play paired with her rebounding ability and just her overall inside presence has enabled our team to expand our offensive sets to far more than just relying on our guard play. She has given us the added offensive and defensive punch that has enabled us to battle along on our post-season journey.”

After a comfortable win against Dighton-Rehoboth in the opening round, Foxboro faced a rematch with Pembroke in the second round. The Warriors avenged last year’s loss to the Titans and Ketant was a major factor, scoring seven points and pulling down 17 rebounds in the win.

In the South semifinal win against Old Rochester, Ketant got off to a strong start against a feisty Bulldogs defense and finished with 13 points and 10 rebounds. Her presence in the paint and ability to knock down jumpers opened space for her teammates on the offensive end. In the final against Hingham, Ketant added another 13 points and 10 rebounds, as well as three blocks. She scored seven in the third quarter, helping the Warriors recover from an 11-point deficit on their way to the sectional title.