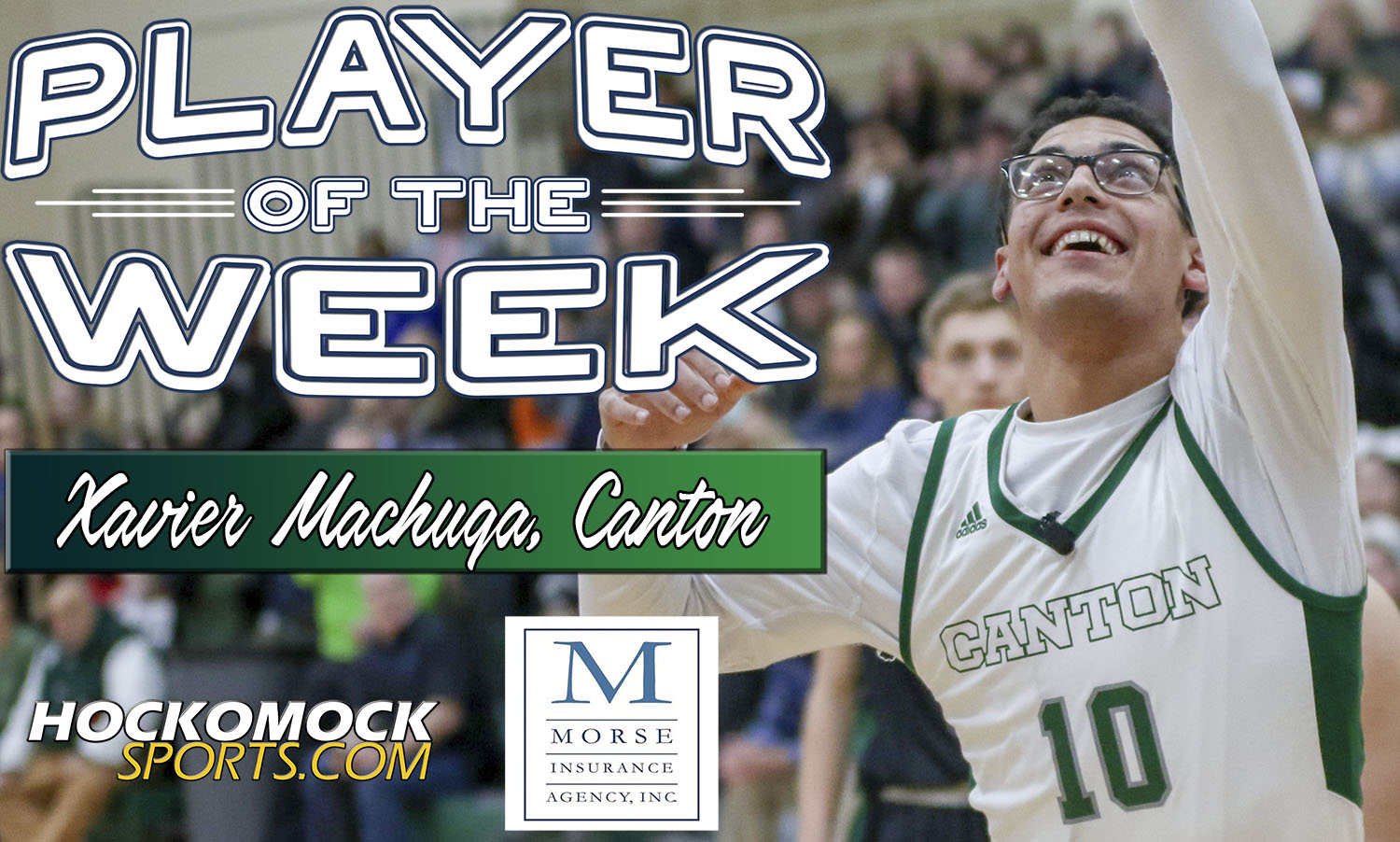 Canton senior Xavier Machuga has been selected as the HockomockSports.com Player of the Week, presented by Morse Insurance, for Jan. 13 through Jan. 19. Machuga is the 16th player chosen as Player of the Week for the 2018-19 school year and the sixth player in the winter season.

Sometimes moments transcend the game and that was the case on Tuesday night when Machuga took the court at the start of the Bulldogs’ game with Mansfield. Less than two years after suffering a life-altering brain aneurysm in May 2017, Machuga put on his Canton No. 10 uniform and returned to the court. He scored the first basket of the night for Canton, drawing a standing ovation from both sets of players and fans.

“Xavier’s moment, it’s bigger than basketball,” said Canton head coach Ryan Gordy. “To see all the hard work he’s put in to get back to that moment, it’s pretty emotional for me, him and his family, and all the guys on the team. It’s been a long road to recovery and it’s just a really awesome, special moment for him and everybody in our community to see that happen.

“Tonight was pretty special, it was one of the coolest moment I’ve been involved in in my life.”

Mansfield head coach Mike Vaughan, who coached Machuga in AAU prior to the incident, said, ““It’s so much bigger than basketball. Just to be able to recognize a kid who, given different circumstances, would have been here and been a key contributor to the Canton High team, but because of some unfortunate events had to take another path. I knew X before he got sick and now I’ve been able to see what he’s been able to do after he got sick. What’s amazing is he still wants to impact people. You just can’t say enough good things about when people live their life that way and want to do good things.”

Machuga moved from Connecticut to Canton as a freshman, was a swing player as a sophomore, and looked set to be an important varsity player for his final two seasons until he suffered an aneurysm in May. He spent a week in a medically-induced coma and had to learn how to walk and talk again. Over the past 18 months, as Machuga worked hard to recover, he became an inspiration to the Canton program (being on the bench for every game for the team’s first league title since 1992) and the entire school community. That culminated on Tuesday night when he took the floor for the varsity team for the first time and gave everyone who was there a moment to remember.

Canton senior Xavier Machuga, who suffered a brain aneurysm in May 2017, gets the start tonight and scores two points for the Bulldogs. #hockomock pic.twitter.com/M9N0kRgbXG