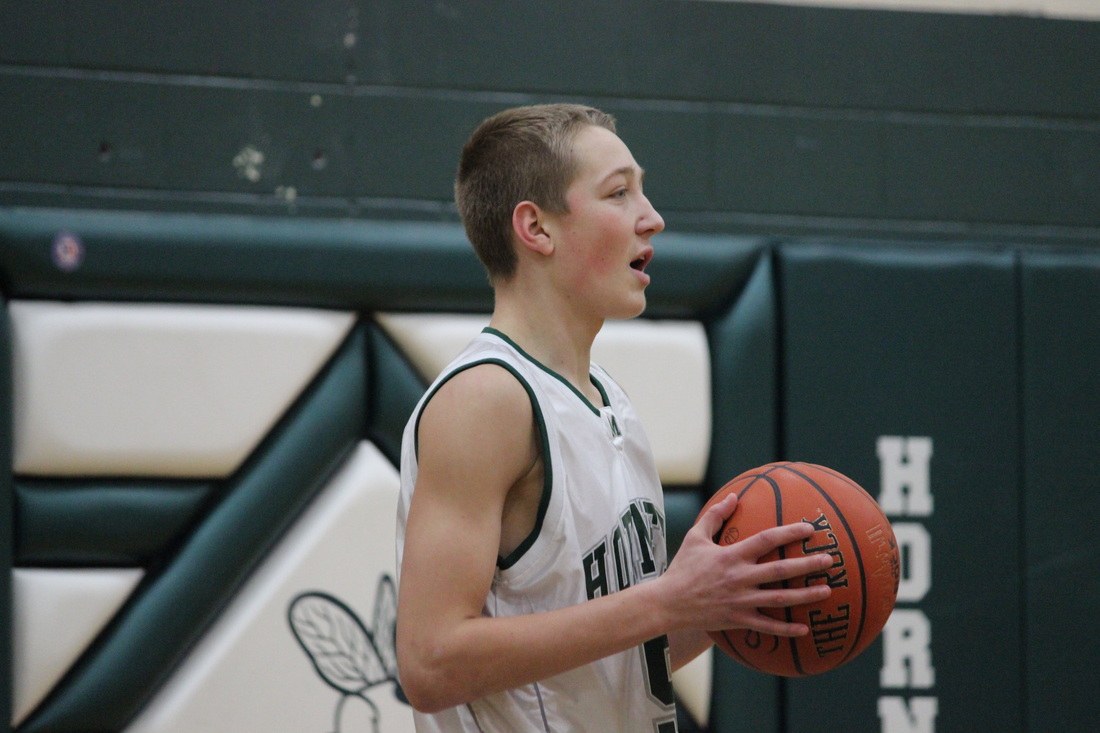 The Hornets needed a strong second half, as Stoughton only trailed two at the halftime break, 34-32.

Both teams came out shooting, specifically from behind the arc. After Stoughton took their first lead at 8-7, Mansfield responded with a 9-0 run to make it 16-8 before finishing the quarter up 24-17.

The Black Knights clamped down defensively in the second quarter, only allowing 10 points from Mansfield while dropping 15 of their own to close the gap at the break.

“We’re just so pleased with the effort to come in here and play one of the best teams in the state [and] not back down,” Stoughton head coach John Gallivan said.

Mansfield started the second half on a 12-0 run with six points coming from Connor and 4 from Romanko.

Stoughton wouldn’t go away though, and kept the game within reaching distance at 56-45 after three. It worked, as the Hornets missed their first six shots and Stoughton’s 8-0 was capped when Marcus Middleton converted a fast break layup to make it 56-53.

Mansfield quickly called a timeout to regroup, and their rebuttal sealed the deal. On the next play, Rocky DeAndrade’s floater broke Stoughton’s run and two back-to-back defense stands paved the way for another DeAndrade jumper and a Boen three.

Stoughton took their chances with Mansfield’s guards, knowing the scoring ability of Hill and Romanko.

“You take a gamble that some of these guys aren’t going to hit shots,” Gallivan said. “[Rocky] hit some great shots in the mid-fourth. He hit a runner that looked like an old school runner. We were able to match them for a while but it’s hard to play from behind against a team like that.”

DEEP THREAT
Brendan Hill and Ryan Boulter are no longer surprising teams with their scoring abilities, but it’s also becoming an obvious that Mansfield is incredibly deep.

“We can play really good defense on a team with one scorer and with two scorers – OK,” Gallivan said. “But they have so many guys. It reaches a point where it’s ‘watch him, no watch him, no watch him – okay watch everybody’ Now what do you do? We tried the kitchen sink approach and threw everything at them that we could. Some of it worked and some of it didn’t.” 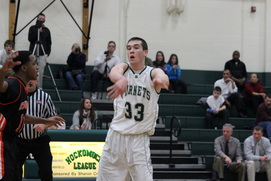 “It’s really important,” Boen said. “We have a lot of depth on our team. Everyone can score and get a basket.”

For Romanko, Vaughan believes this is something he could be doing each game.

“He’s capable of that every night,” he said. “He’s rebounding the ball for us, he’s playing solid defense. He’s making them when he’s getting open looks.”

As for Boen, Vaughan agreed it was a solid performance for the sophomore.

“Tonight he matched a complete game with some scoring,” he said. “They came at crucial times. He’s just solid. He doesn’t turn the ball over often, he can get the three and he can get to the rim. He usually get’s everyone’s best offensive player.”

Even when team’s are focused defensively on Hill, he can hurt you in other ways. The sophomore grabbed 13 rebounds and added a few nifty assists in the second half.

NEXT UP
Mansfield will host a double header on Friday as both the girls and boys teams will play North Attleboro at Mansfield High. Tuesday’s game against Stoughton will be a good reminder to not take any team lightly.

“That’s just how this league is,” Vaughan said. “North Attleboro is going to throw everything at us on Friday and I don’t expect any different effort than what we got out of Stoughton.”

Stoughton will play their first of two games against heated rival Oliver Ames. Both the Black Knights and Tigers have faced their ups and downs this year and the past two seasons have proven that anything can happen on a given night.

“You know how those OA games are, nice and quiet,” Gallivan joked.

“This league’s ridiculous and if you take a night off you lose.” 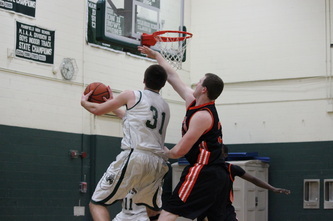 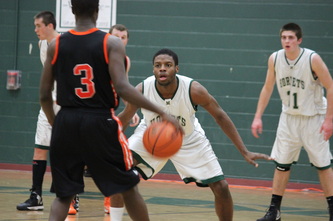 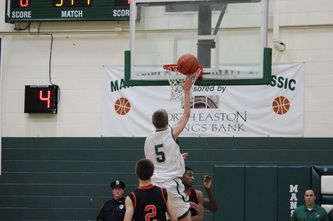