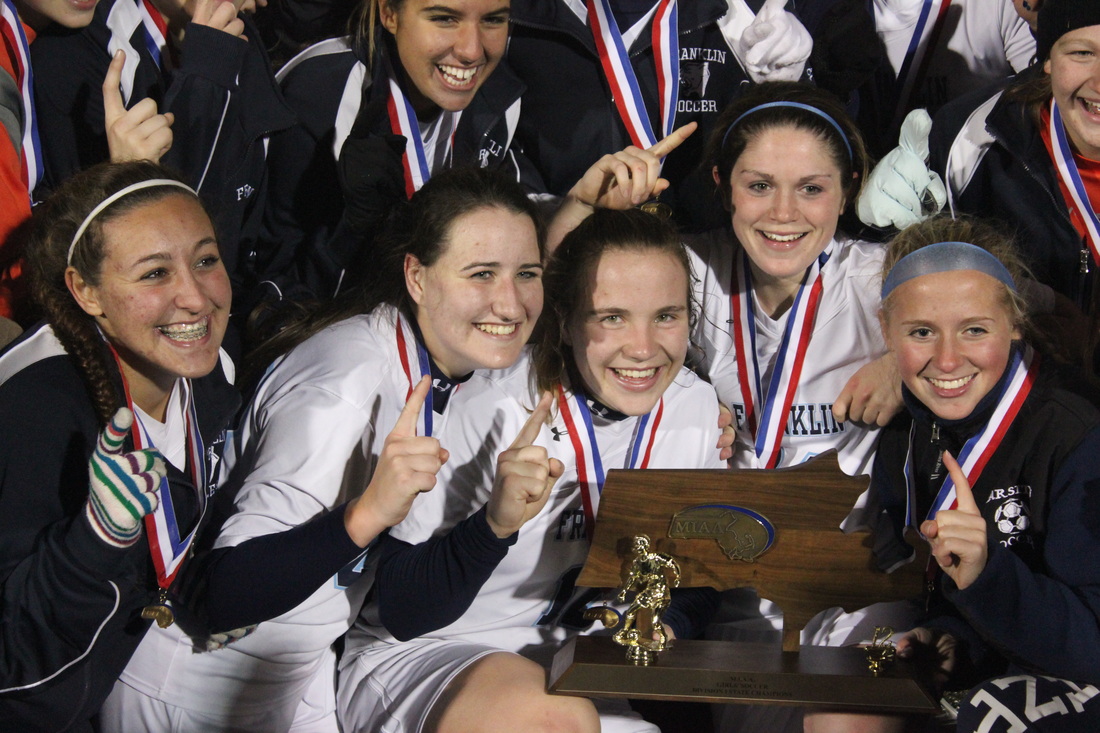 Franklin scored first in the 13th minute when Kirshe and Cogliano played a couple of quick touches back and forth before Kirshe found herself on the near side of the six-yard line. She used the outside of her right foot to beat the goalie and found the far post. The ball blanked off the post and found the back of the net to give the Panthers a 1-0 lead.

“The first goal was a classic goal with me and Taylor combing,” Kirshe said. “That’s how we always try to do it with small ball. I just got the outside of my foot on it. It was a greatest feeling ever.

Less than 10 minutes later in the 21st minute, Kirshe was at it again. After Kirshe won a defensive header off a Nashoba corner, the ball ended up at the feet of Cogliano. The sophomore carried the ball with speed towards midfield and was one on one with the last defender.

She calmly slid the ball to the left, finding a streaking Kirshe. The senior took the ball in stride and when the goalie charged out, Kirshe took the ball to her right and buried it into the open net for the eventual game winner.

“We practice one on ones with the keeper all the time,” Kirshe said. “Going into it I was just thinking ‘do it like practice.’ I just went around her and tapped it in.” 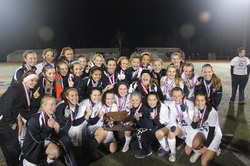 The Panthers took a two-goal lead into the second half but were met quickly with a heavy offensive push from Nashoba.

Less than two minutes into the second half, Nashoba sophomore Kaitlyn Thorogood found herself with an open shot from eight yards out. Franklin freshman goalie Dani Lonati stretched out to her left and made the diving save to keep Franklin’s two goal lead safe.

As Franklin settled in and sat back, Nashoba kept the pressure up. In the 66th minute, senior forward Kimberly Slade’s left footed corner kick curled into the net on it’s own – an olimpico.

We misplayed the ball twice. Eventually, in this game, you’re going to make a mistake down in your own end and good teams will capitalize which they did. Better teams will step back up and push it back and maintain their poise. I thought we maintained our poise.”

After the Nashoba goal, Franklin returned to their first half form, pushing forward and taking control of the midfield. Both teams had chances in the final 10 minutes, but neither were able to find the back of the net.

Lonati finished with 10 saves for the Panthers.

The Panthers finish the season undefeated at 22-0-1.

“It’s the greatest feeling in the world,” Kirshe said holding back tears. “Going undefeated senior year, winning the first ever title, it’s something I dreamed about. It’s a dream come true.”