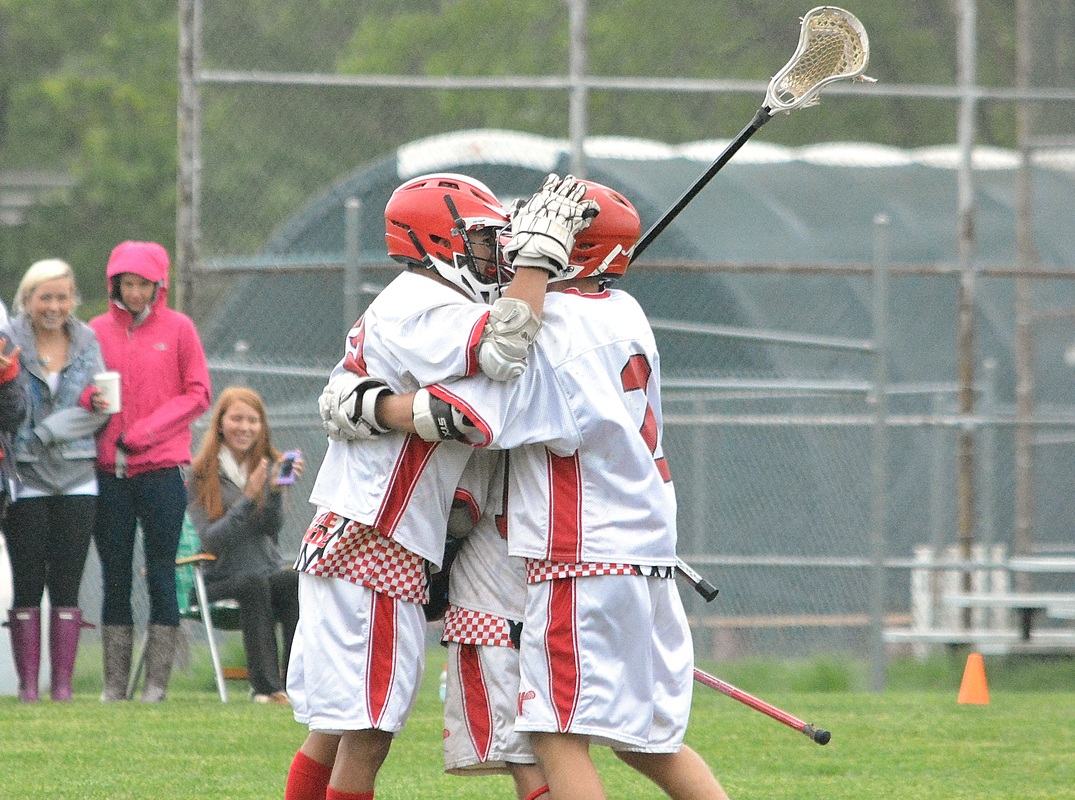 North Attleboro celebrates a third quarter goal against Foxboro in the first round. (Josh Perry/HockomockSports.com)
By Josh Perry, Managing Editor

NORTH ATTLEBORO, Mass. – The North Attleboro lacrosse program reached another milestone on Wednesday afternoon as it played host to a tournament game for the first time and advanced past the first round for the first time with a 20-12 victory over Hockomock League rival Foxboro.

The Rocketeers were led by senior captain James Kummer, who tallied five goals and assisted on five others to help North score its most goals in a game this season. The previous high was 14, which North scored against both Attleboro and Milford.

“We knew we had to slow the ball down,” said Kummer about the game plan against the Warriors. “Kyle Chretien had a couple of nice iso’s and then Bennie [Horton] had that man-up goal, which really got us going. We knew what we had to do. We slowed the ball down when we could and then took the ball to the net when we got the chances.”

North Attleboro coach Kevin Young was effusive in his praise of his captain.

He said, “He’s been the anchor for our offense. He’s a senior captain, he’s smart with the ball, he’s always where he needs to be, he’s a leader out there and once again [he brings] composure.”

North jumped out to a 2-0 lead, but Foxboro came right back with three straight goals to get its first lead. Luc Valenza, Pat McCarthy and Brian DeVellis got on the board for the Warriors.

The lead didn’t last very long as North Attleboro turned the tide with a 5-0 run of its own. Kummer’s first goal of the game tied it at 3-3 and then Ben Horton scored his second man-up goal of the quarter to give the Rocketeers the lead. Horton would record a hat trick in the opening quarter.

Foxboro stayed in the game in the second behind goals from McCarthy and senior Kyle Sperzel, cutting the Rocketeers lead to 7-5. Once again, North responded — this time with a 3-1 run to close out the half. Kummer scored his second and then found junior attacker Sean Young for a pair of goals.

“We tried to shoot a lot from the midfield line,” said Kevin Young about the Rocketeers attack. “Their number one, Luc Valenza, is a real good player, so we tried to design our offense away from him. So, every time he tried to trap the guy with the ball, we tried to get two passes away. It just worked out that we got a lot of balls on net.”

Jess Todd scored the opening goal of the second half for Foxboro, but Kummer scored a pair and Kyle Chretien got his first to extend the lead to six goals. After Foxboro got one back, Chretien scored two more for his hat trick.

Liam Lynch and Kyle Sperzel scored on either side of the end of the third quarter, which increased the Warriors’ hope for a comeback, but North Attleboro turned it one once again and broke things open with another five-goal spurt.

“We have a lot of younger players and in the past we’d give up a lot of goals and they’d break right down. But this year, we don’t seem to — the senior leadership is really good,” said Young. “The difference between past years and now is that our guys will restart the offense and get back on top.”

Sean Young eased fears by getting his third goal of the game followed by the third goal from Dan MacDonald, who was the fourth Rocketeer to pick up a hat trick. Kummer notched his fifth of the game and then another freshman, Robert Mylod, scored two more.

Foxboro coach Matt Noone was blunt in his assessment of the Warriors on Wednesday.

He said, “Penalties, swinging your sticks on defense, not possessing the ball on offense, not making the saves when you need them — all those things…it hurts you. When we could possess it, we scored almost every time, but we just couldn’t get the ball down there.”

Noone added, “These guys have to step up and they have to work harder in the offseason. The difference between the Duxbury’s, the Concord-Carlisle’s, the Medfield’s and us is the kids are playing in the summer. This year, there were a lot of lessons taught during the season. I’m proud of the boys — we made a lot of strides over the course of the season.”

North Attleboro will advance to face the No. 1 seed and one of the top programs in the state, regardless of division, on Friday with a trip to Medfield. The Rocketeers faced Medfield in the first round last year and lost 13-3 and Young is excited about the opportunity for a rematch. 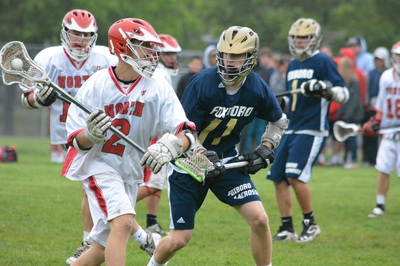 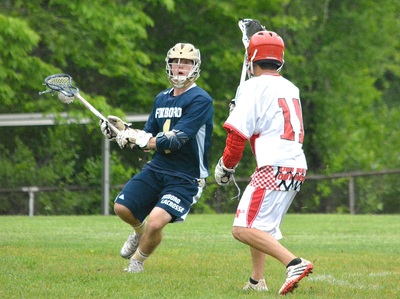 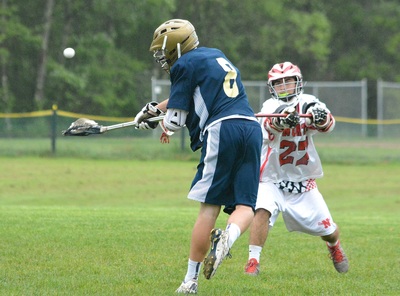 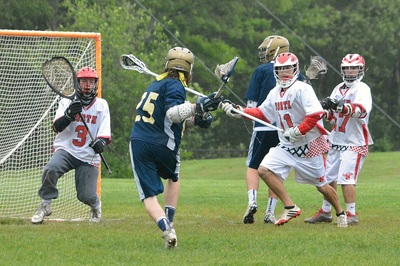 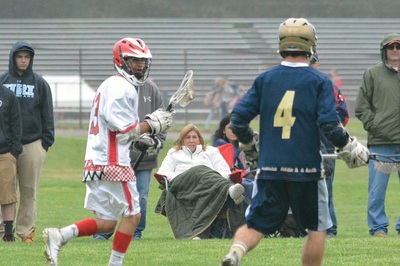 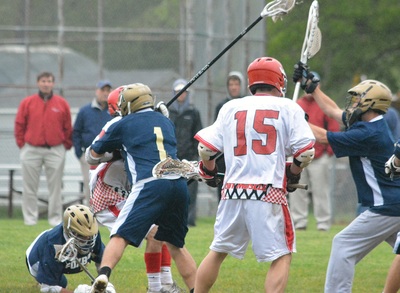 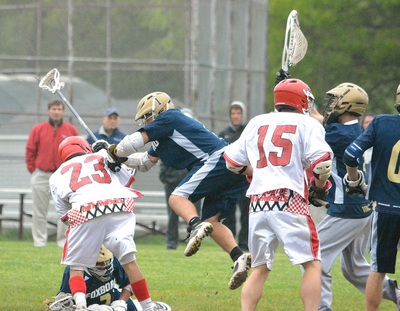 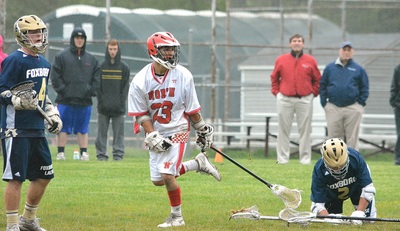 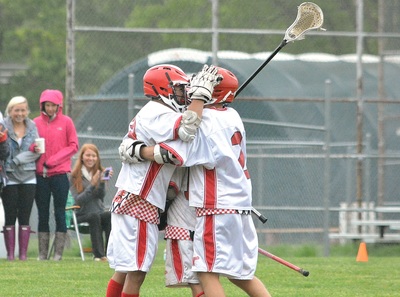