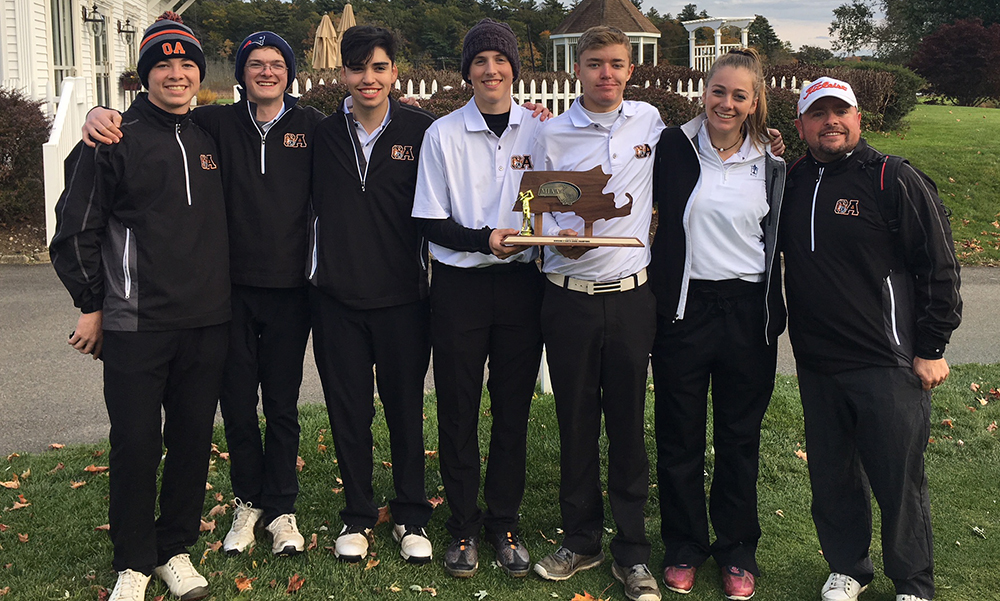 For the second straight year, Oliver Ames golf won the MIAA Division 2 South Shore sectional title. The Tigers finished with a team total of 319, which was two strokes better than second place Hopkinton. Last year, OA edged the Hillers by one stroke.

Oliver Ames’ Tate Hadges had a team-low score of 78, Nolan Donze and Thomas Walsh each shot 80 and Bradley Powers chipped in with an 81 to pace the Tigers to the win.

Canton’s Chris Lavoie had a terrific day on the links, shooting a 76 to earn co-medalist honors. Lavoie carded a 38 on both the front nine and the back nine, tying Hopkinton’s Ned Dean. Canton finished 10th overall as a team with a 338.

Below are the Hockomock results from the tournament.