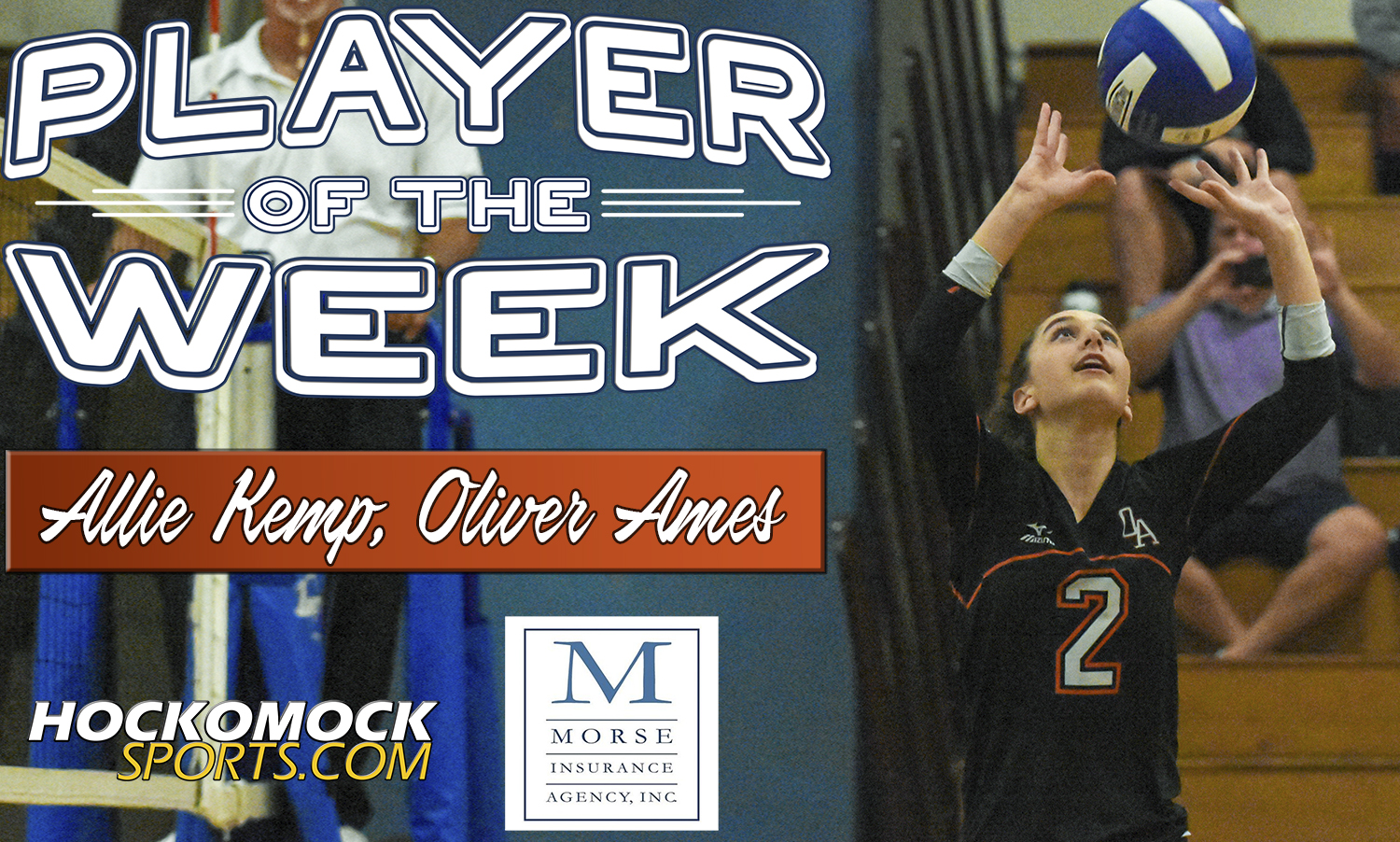 Oliver Ames senior Allie Kemp has been selected as the HockomockSports.com Player of the Week, presented by Morse Insurance, for Sept. 8 through Sept. 14. Kemp is the second player chosen as Player of the Week for the 2019-20 school year.

Oliver Ames has started the season with four wins in its five matches and is coming off a perfect three-win week. Kemp started the week with a big performance in a three-set sweep of Taunton, recording her 1,000th career assist in the process. She is just the third player in program history to reach the 1,000-assist club.

“She came in committed and she came in with the goal of getting it right at the beginning of her senior year and then take off once she had it and that’s exactly what she’s done,” said OA coach Chelsea Correia about Kemp reaching the assist milestone. “She really blossomed when she got to 700, 800 assists and she started to think, ‘I could really get there.’ I’ve never seen her so confident after getting that recognition, but bringing that confidence out of her was probably the highlight working with her over her four-year career.”

Kemp finished the Taunton match with 24 assists and added five aces. Two days later, OA swept North Attleboro in its home opener. Kemp was again instrumental in the Tigers’ success, dishing out 26 assists and another five aces. On Friday, the Tigers were on the road again, sweeping Bridgewater-Raynham for their fourth straight victory. Kemp was stellar in spreading the ball around, recording 35 assists on the night and chipped in at the service line with eight aces.