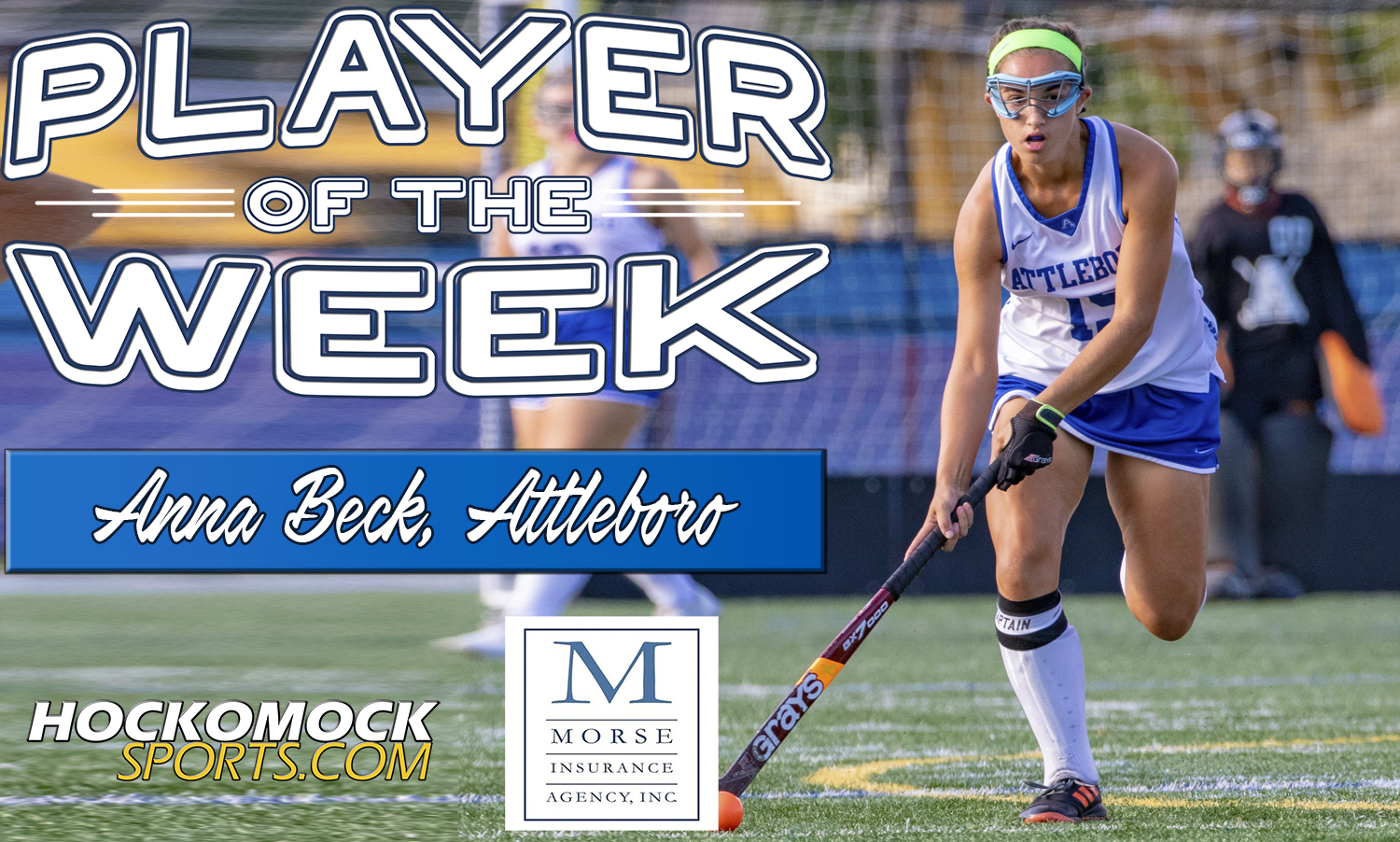 Attleboro senior Anna Beck has been selected as the HockomockSports.com Player of the Week, presented by Morse Insurance, for Sept. 22 through Sept. 28. Beck is the fourth player chosen as Player of the Week for the 2019-20 school year.

Beck powered the Bombardiers to a 2-0-1 week and helped them move back to .500 on the season. The Bryant University-commit scored five goals and assisted on two others over the course of three games this week, lifting Attleboro off the foot of the Kelley-Rex standings.

“Anna is such a valuable asset to this team, a true leader in every sense of the word,” said Attleboro head coach Lindsay Antunes. “Her drive, determination and love for this sport is nearly unmatchable. She’s always able to provide this team with the lift they need to get the job done.”

Beck started the week with two goals and two assists against Bishop Feehan. Beck scored the eventual game-winner in a 5-0 victory and assisted on goals by Keyara Nunes and Madison Ellis. Against defending Davenport champ Foxboro, Beck created a scoring opportunity that was finished off by Ellis to give the Bombardiers a 1-0 lead in the eventual 1-1 tie.

She rounded out the week with a hat trick against division rival Taunton. Beck scored twice off penalty corners in the first half and then added a late insurance goal with just three minutes to play, as the Bombardiers held on for a 3-0 win.