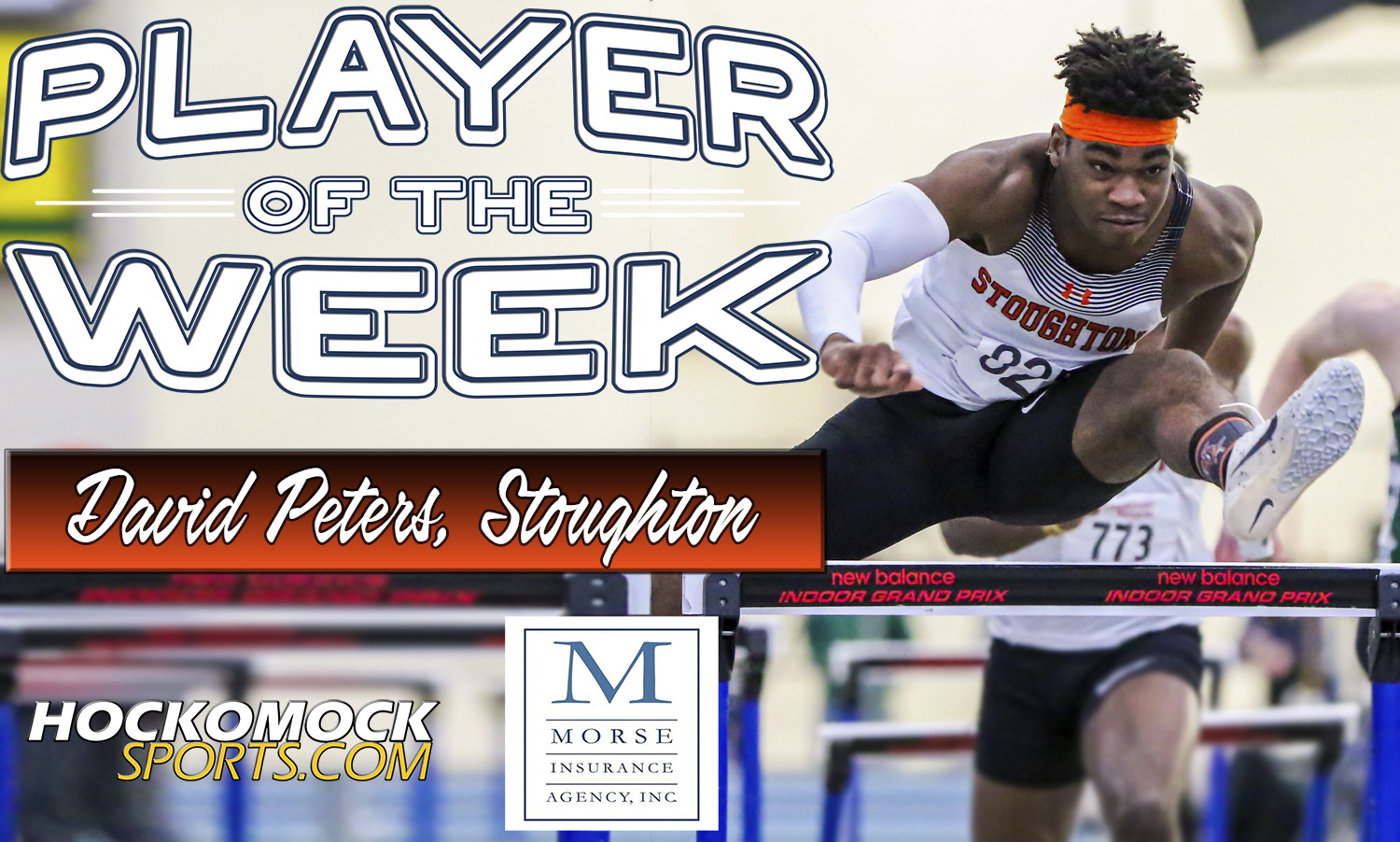 Stoughton senior David Peters has been selected as the HockomockSports.com Player of the Week, presented by Morse Insurance, for Feb. 2 through Feb. 8. Peters is the 20th player chosen as Player of the Week for the 2019-20 school year and the ninth for the winter season.

Peters won three events at this weekend’s Hockomock League Indoor Track Championships at the Reggie Lewis Track Center and helped the Black Knights win the boys’ team title with 107 points, 37 more than second-place Mansfield. It’s the first time since 1994 that the Black Knights won the championship meet. This is the third time that Peters has been named Player of the Week, earning the honor in both indoor and outdoor track last year.

After winning one event and finishing second in another at last year’s indoor championships, Peters took it to another level this winter. He won the 300 meters in a time of 35.94, edging out Canton’s Jonathan Chery by .17 seconds. Peters also won the long jump, which he finished second in last year, with a leap of 21-03.25. It was a foot longer than he jumped at last year’s Hock meet.

Peters also repeated as the league champion in the 55-meter hurdles. He finished in a time of 7.41 seconds, beating out his teammates Christopher Ais (7.96) and Anthony Pizzano (7.97), as the Black Knights swept the top three places in the event.

Click here for a photo gallery from the Hockomock Indoor Track Championship meet.