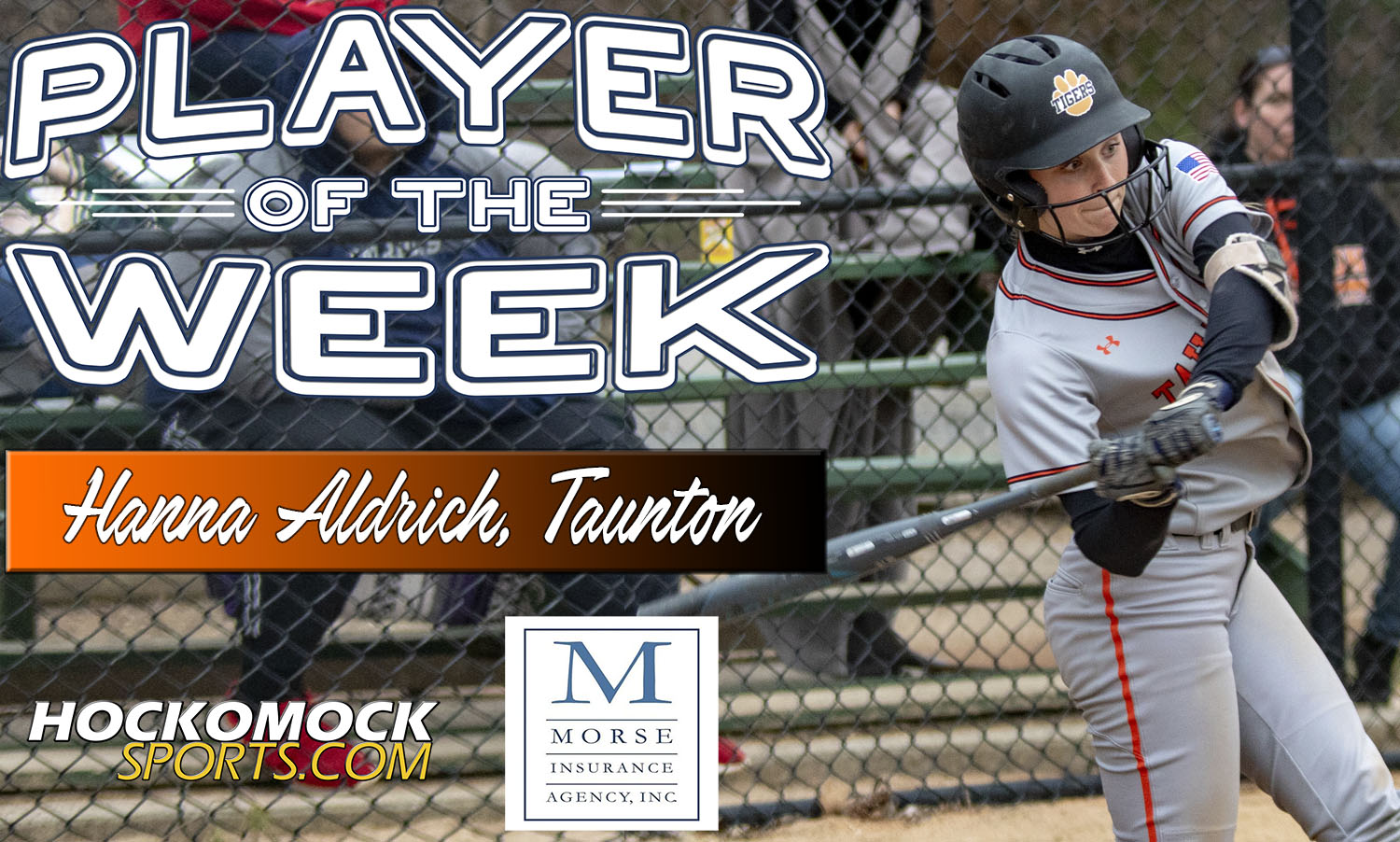 Taunton sophomore Hanna Aldrich has been selected as the HockomockSports.com Player of the Week, presented by Morse Insurance, for April 28 through May 4. Aldrich is the 28th player chosen as Player of the Week for the 2018-19 school year and the fifth player in the spring season.

Aldrich was a vital piece for the Tigers the past two seasons but has really stepped up to be one of the best players in the Hockomock League during her sophomore season. Aldrich has become one of the most feared hitters in the league, leading the league in both home runs and runs batted in, helping the Tigers to an 11-1 start and a league-best 138 runs scored.

“Hanna is a special player who is having a great season for the Tigers,” said Taunton head coach Dave Lewry. “She is doing it all…hitting for average and with power, stealing bases, and playing superb defense at shortstop. Recognition as Hock Player of the Week is well deserved!”

Taunton picked up an 11-0 win over Canton to start the week, with Aldrich going 3-for-4 with a pair of doubles, two runs scored, and two RBI. Her best moment came in the second game of the week, anchoring the Tigers to a 6-1 win over Mansfield. The Hornets had a 1-0 lead but Aldrich smacked a grand slam in the third inning, sparking a six-run inning to give Taunton the lead for good. It was Aldrich’s league-leading seventh home run of the season and gave her a Hockomock-best 23 RBI.