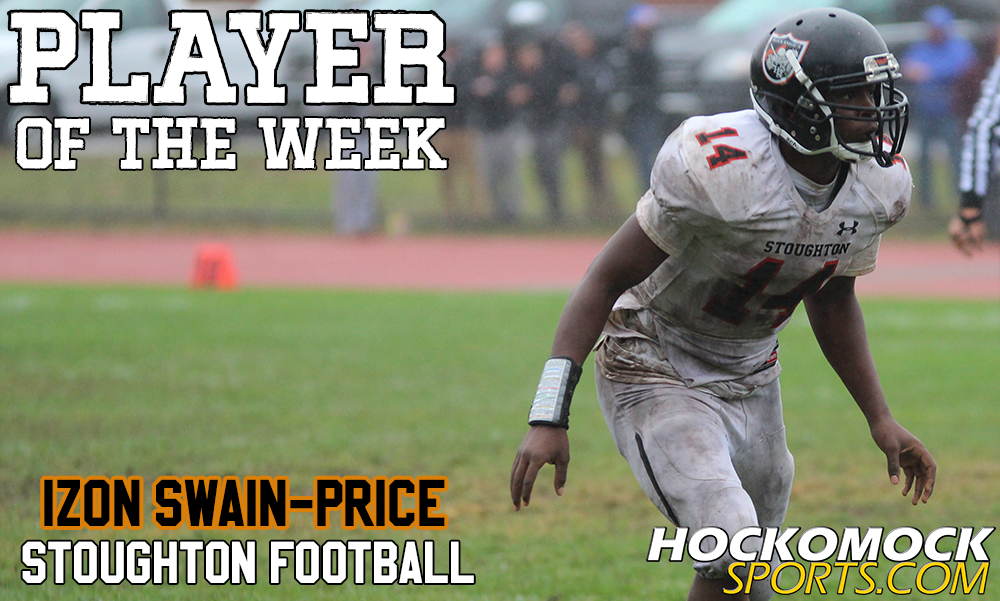 Stoughton senior Izon Swain-Price has been selected as the HockomockSports.com Player of the Week for October 9th through October 15th; the sixth player chosen for the 2016-2017 season. Swain-Price continued his stellar senior season, scoring three touchdowns in Stoughton’s big win over Foxboro on Friday night.

After Stoughton’s defense got the ball via an interception, Swain-Price got the Black Knights’ offense off to a good start, punching in a 10 yard touchdown with less than five minutes elapsed in the first quarter. AFter Foxboro cut the lead in half, Swain-Price got his second touchdown of the game, scoring from two yards out to put the Black Knights up 14-3 at halftime.

“[Ryan] Sullivan and Izon, those guys are tough,” Stoughton head coach Greg Burke relayed earlier this season following a win over Sharon. “They can get going.”