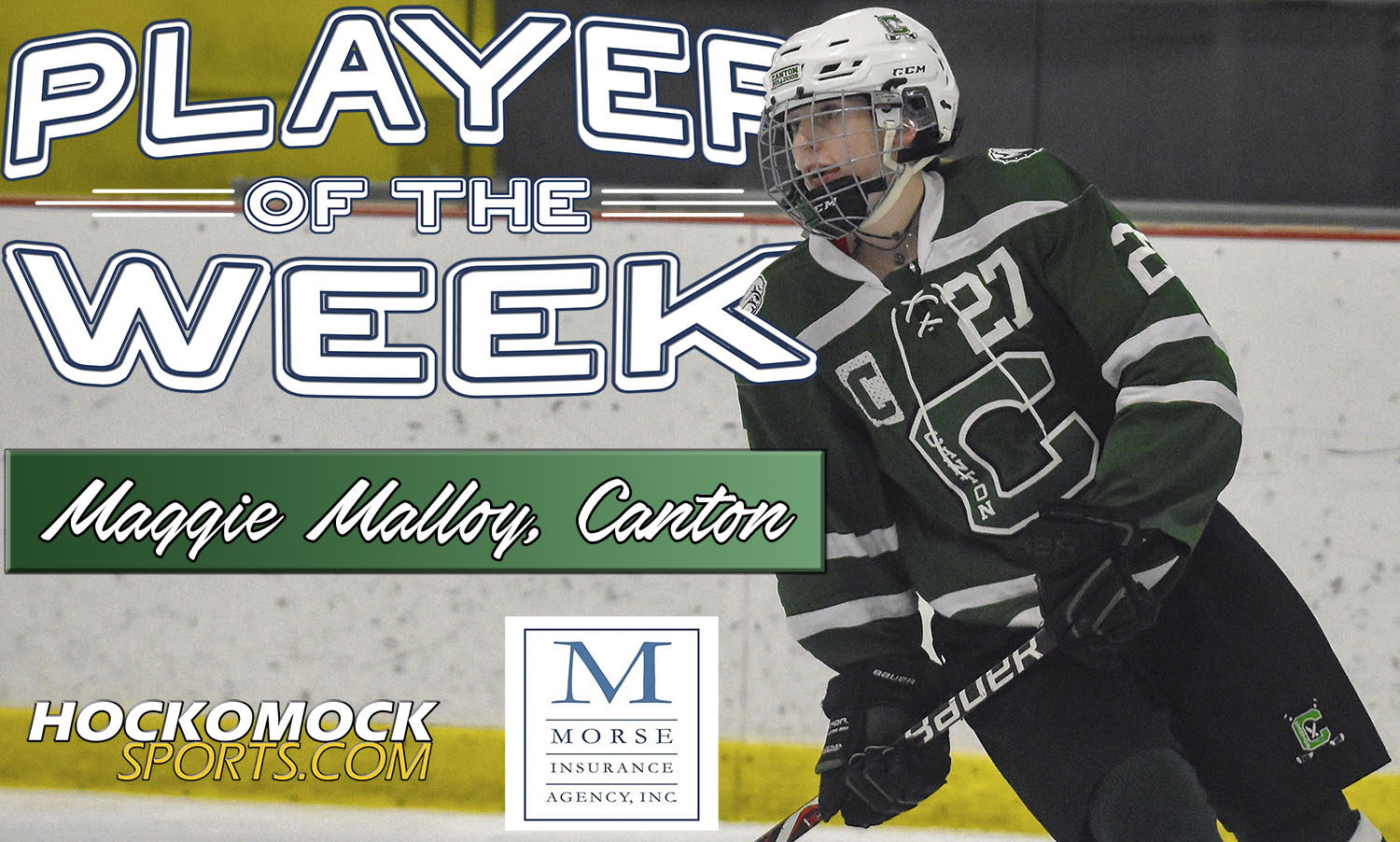 Canton senior Maggie Malloy has been selected as the HockomockSports.com Player of the Week, presented by Morse Insurance, for Dec. 16 through Dec. 22. Malloy is the 12th player chosen as Player of the Week for the 2018-19 school year and the second player in the winter season.

Malloy had a big week, scoring seven goals, to lead Canton to a pair of wins, including a win at King Philip in the Bulldogs’ league opener. Malloy now has nine goals in four games this year and the defending Hockomock champions and Div. 2 state finalists are unbeaten at 4-0, outscoring those four opponents 20-3.

Malloy was held scoreless in the opening game of the season, but tallied two goals in Canton’s win against Plymouth South. This week, she boosted her scoring total with a pair of impressive performances. Malloy scored all four of Canton’s goals in a 4-1 win against KP, tallying twice in the first period and once each in the second and third to seal the points for the Bulldogs. On Saturday, Malloy was at it again, recording a hat trick against Whitman-Hanson/Silver Lake in an 8-0 victory.

This is the second Player of the Week honor for Malloy, who also earned the recognition in March during Canton’s run to the MIAA Division 2 State Championship game last season. This marks the first time that an athlete has been selected twice for Player of the Week for the same sport.