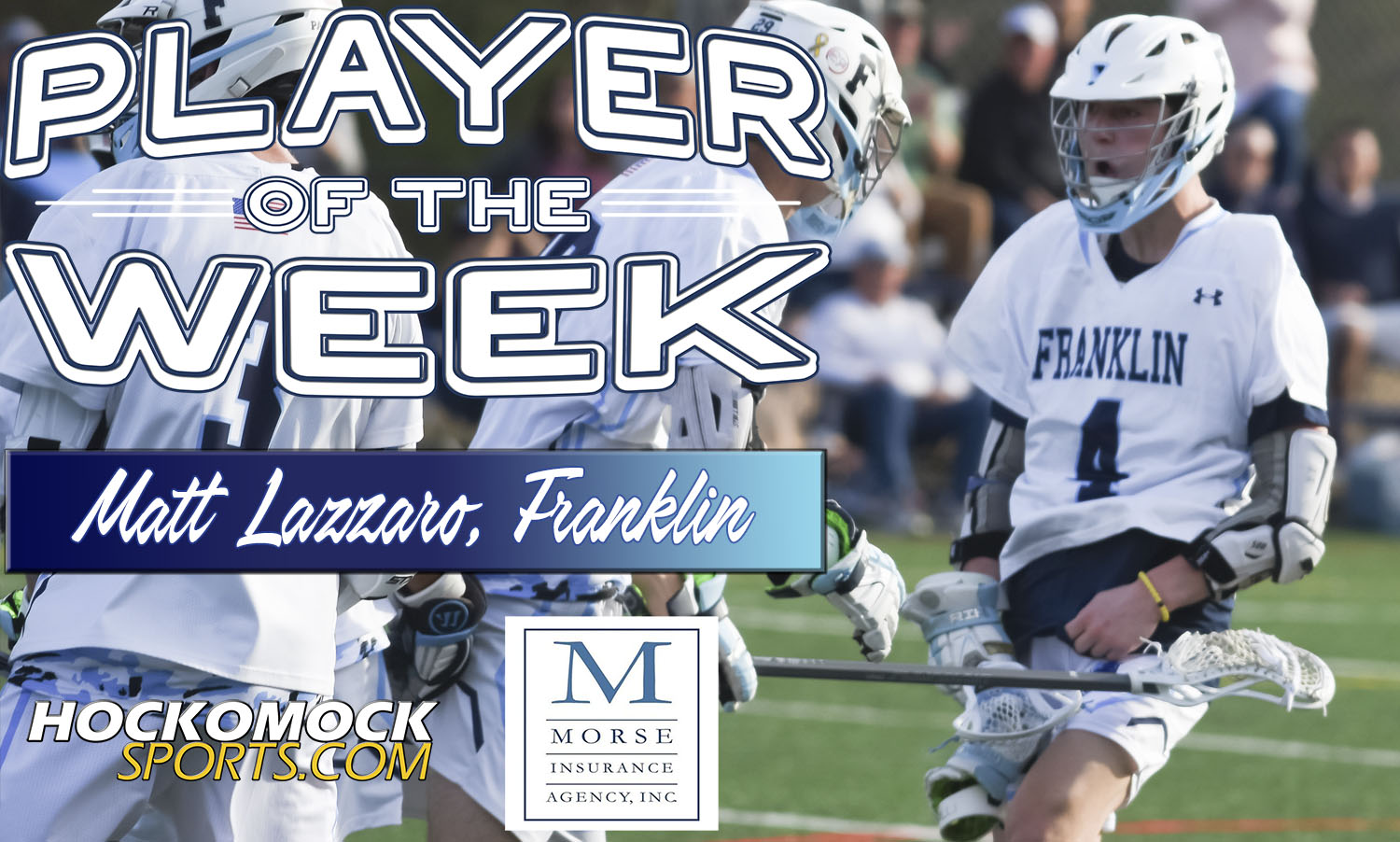 Franklin sophomore Matt Lazzaro has been selected as the HockomockSports.com Player of the Week, presented by Morse Insurance, for April 21 through April 27. Lazzaro is the 27th player chosen as Player of the Week for the 2018-19 school year and the fourth player in the spring season.

Lazzaro has had a great start to his second seasons for the league-leading Panthers and is a major factor in the team scoring 155 goals in the opening nine games of the season. He scored a combined 16 points in two games this week, including the game-winning goal in double overtime to lift the Panthers to a first-ever win against BC High.

Franklin started the week with a convincing win against Sharon and Lazzaro scored seven points to lead the Panthers. On Friday afternoon, the Panthers took on defending state champion BC High and Lazzaro had one of the best performances of his young career. He scored six goals and had three assists, recording a point on all but one of Franklin’s 10 goals. In double overtime, he stepped into a low-angle shot and ripped it into the back of the net to secure an impressive early-season win.