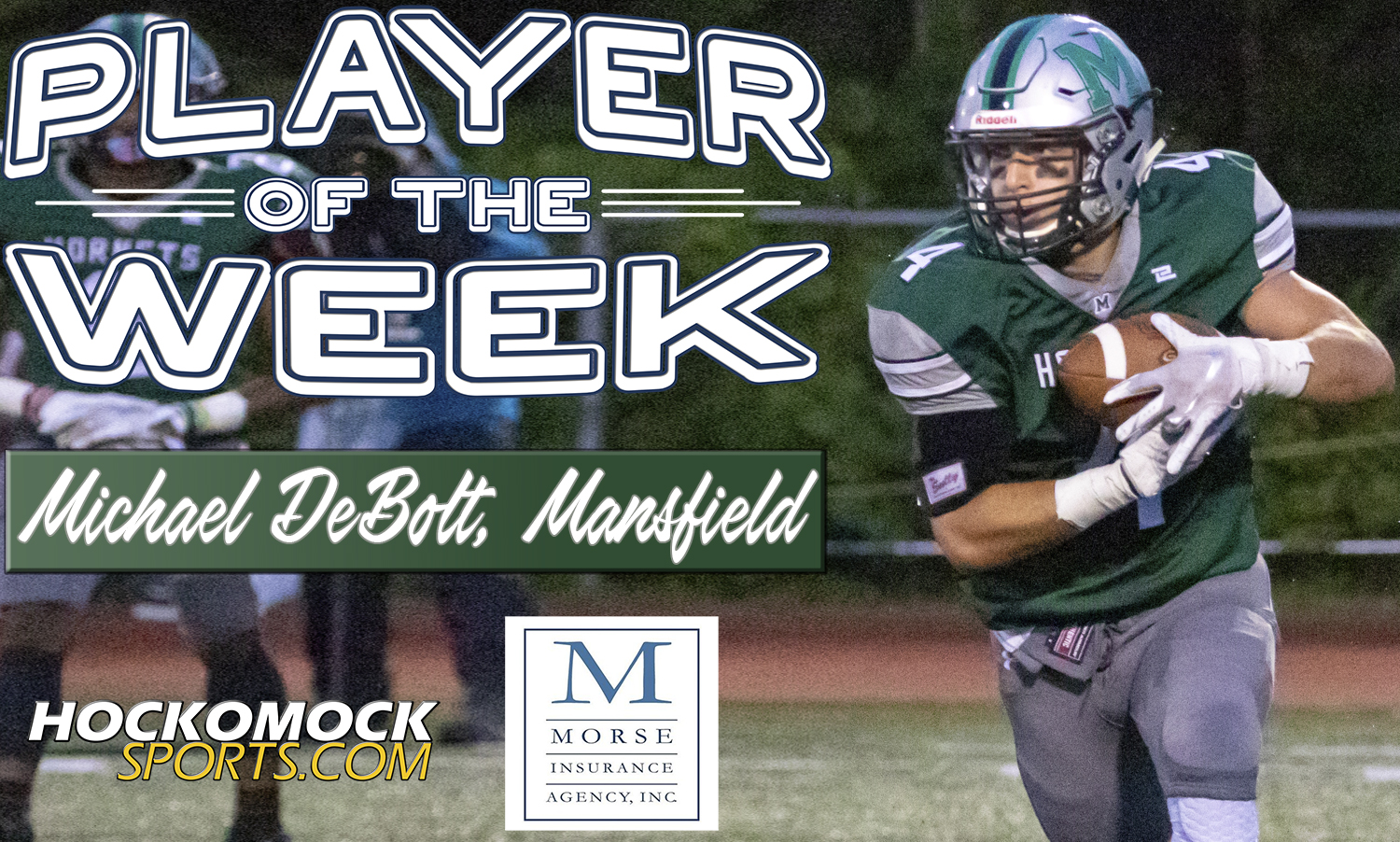 Mansfield senior Michael DeBolt has been selected as the HockomockSports.com Player of the Week, presented by Morse Insurance, for Sept. 1 through Sept. 7. DeBolt is the first player chosen as Player of the Week for the 2019-20 school year.

Mansfield opened its season with an impressive 31-10 victory over BC High and DeBolt, a senior running back, kicker, and defensive back, was at the heart of the Hornets’ success on Friday. He compiled nearly 150 yards of total offense and accumulated 19 of the team’s 31 points. He also had four touchbacks on his kick-offs, keeping the Eagles pinned back in their own end of the field.

“He did it all for us Friday in a big win against a great opponent,” said Mansfield coach Mike Redding. “The touchbacks early put them in tough field position, the field goal at end of half shifted momentum, and his two second half touchdowns kept the lead comfortable. That alone was enough for MVP awards, but he also played every snap on defense and helped hold a dangerous offense to just 10 points.”

DeBolt had seven carries for 100 yards, including a 79-yard touchdown just two plays after the Eagles got into the end zone for the first time, and caught a 48-yard touchdown on a screen pass from classmate Jack Moussette. He also kicked a 26-yard field right before the half to put the Hornets up by a touchdown going into the break. DeBolt was 4-for-4 on extra point attempts on the night.

Prior to Friday’s game, DeBolt announced that he is dedicating the season to the fight against pediatric cancer. By visiting https://www.alexslemonade.org/mypage/1864294, donations can be made for every point that he scores this season with all the proceeds going to Alex’s Lemonade Stand Foundation, which funds research into childhood cancer. Nineteen points in week one is a good start to his overall goal of 75 for the season.