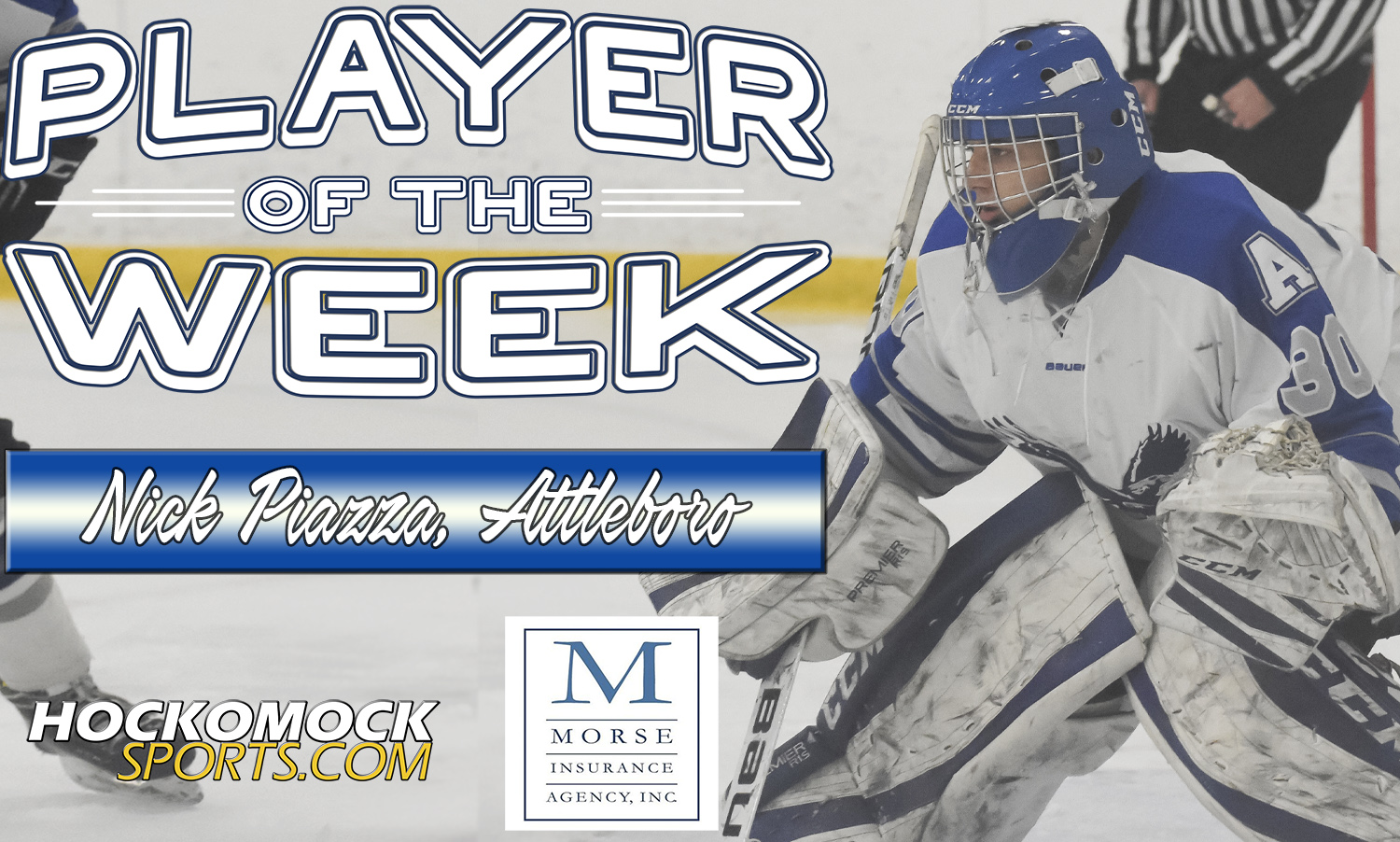 Attleboro sophomore Nick Piazza has been selected as the HockomockSports.com Player of the Week, presented by Morse Insurance, for Dec. 29 through Jan. 4. Piazza is the 15th player chosen as Player of the Week for the 2019-20 school year and the fourth for the winter season.

Piazza put together an impressive week between the pipes for the Bombardiers, keeping Attleboro in games against two of the league’s powerhouse programs. He limited Mansfield and Canton only one goal apiece (the second goal against the Hornets was scored on an empty net) and no goals when skating five-on-five. He made a total of 77 saves in those two games.

“Nick’s play in net has resonated a quiet confidence within our team,” said Attleboro head coach Mark Homer. “Nick’s physical play is complimented by his mental awareness and hockey IQ, when playing in high intensity situations. He is the type of goaltender who makes most saves look easy.”

Mansfield was held without a goal until four minutes into the third period and its sixth power play of the game. Piazza made at least nine saves in each of the three periods and finished with 30 total. On Saturday, Piazza was even better against the defending Div. 2 state champion Bulldogs. He stopped 47 shots and was only beaten late in the third period by a shorthanded breakaway. It was Attleboro’s closest game with Canton since moving to the Hockomock League. In the previous four meetings, Canton had scored a combined 26 goals.

Although Attleboro lost both games last week, 2-0 and 1-0 respectively, Piazza gave his team a chance to win both games with his solid performances and drew rave reviews from both of the opposing coaches. For the season, Piazza has a goals against average of 1.50, has saved 146 shots, and saved 94 percent of the shots he has faced. Attleboro has allowed only 10 goals, tied with Canton for the fewest goals against in the league.