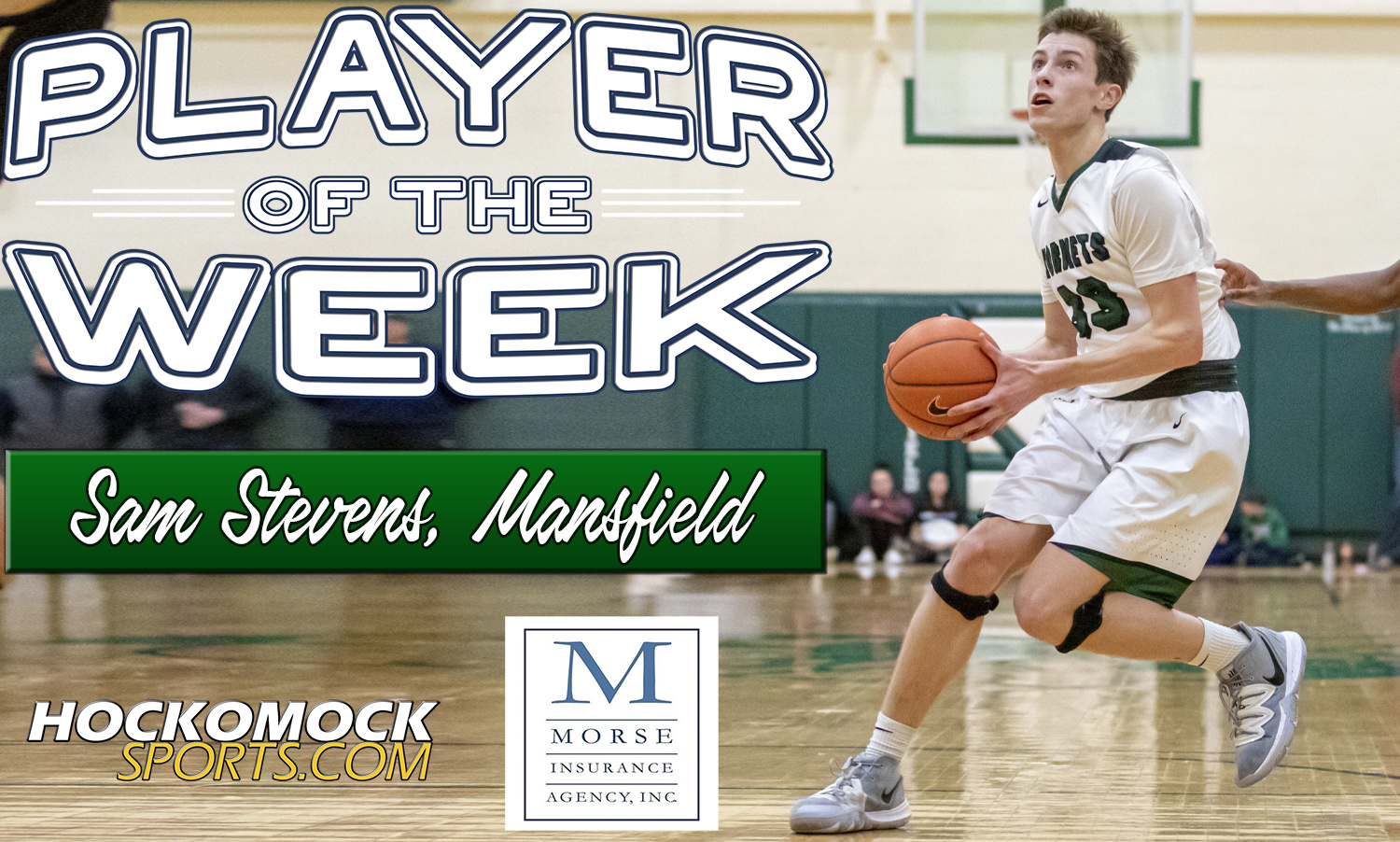 Mansfield senior Sam Stevens has been selected as the HockomockSports.com Player of the Week, presented by Morse Insurance, for Jan. 5 through Jan. 11. Stevens is the 16th player chosen as Player of the Week for the 2019-20 school year and the fifth for the winter season.

Stevens scored in double digits in all three games for the Hornets this week, helping Mansfield bounce back from its loss to Franklin by winning three straight and staying in a first place tie atop the Kelley-Rex division. Stevens came in as Mansfield’s second leading scorer, but he led the team in points in two of the three games this week, including a 26-point night against Milford.

“Sam had a great week against three tough opponents,” said Mansfield head coach Mike Vaughan. “He averaged just under 20 points in those games with six rebounds, while shooting 56% from the three-point line.”

Mansfield opened the week with a trip to Foxboro and found itself trailing the Warriors at halftime. Stevens helped start the second half comeback with a three as part of an 8-0 run that got the Hornets back even at the start of the third quarter. He finished with 14 points and four rebounds and he knocked down a contested three to put the Hornets up 10 in the fourth.

Stevens followed that strong second half performance with a big night on Wednesday at Milford. He scored 26 points and grabbed five rebounds, as the Hornets again found their rhythm after the break and put the game away. On Friday at Oliver Ames, Stevens was at it again, scoring 19 points in another win. He scored seven points in the fourth to help the Hornets turn a one-point lead into a double-digit win.