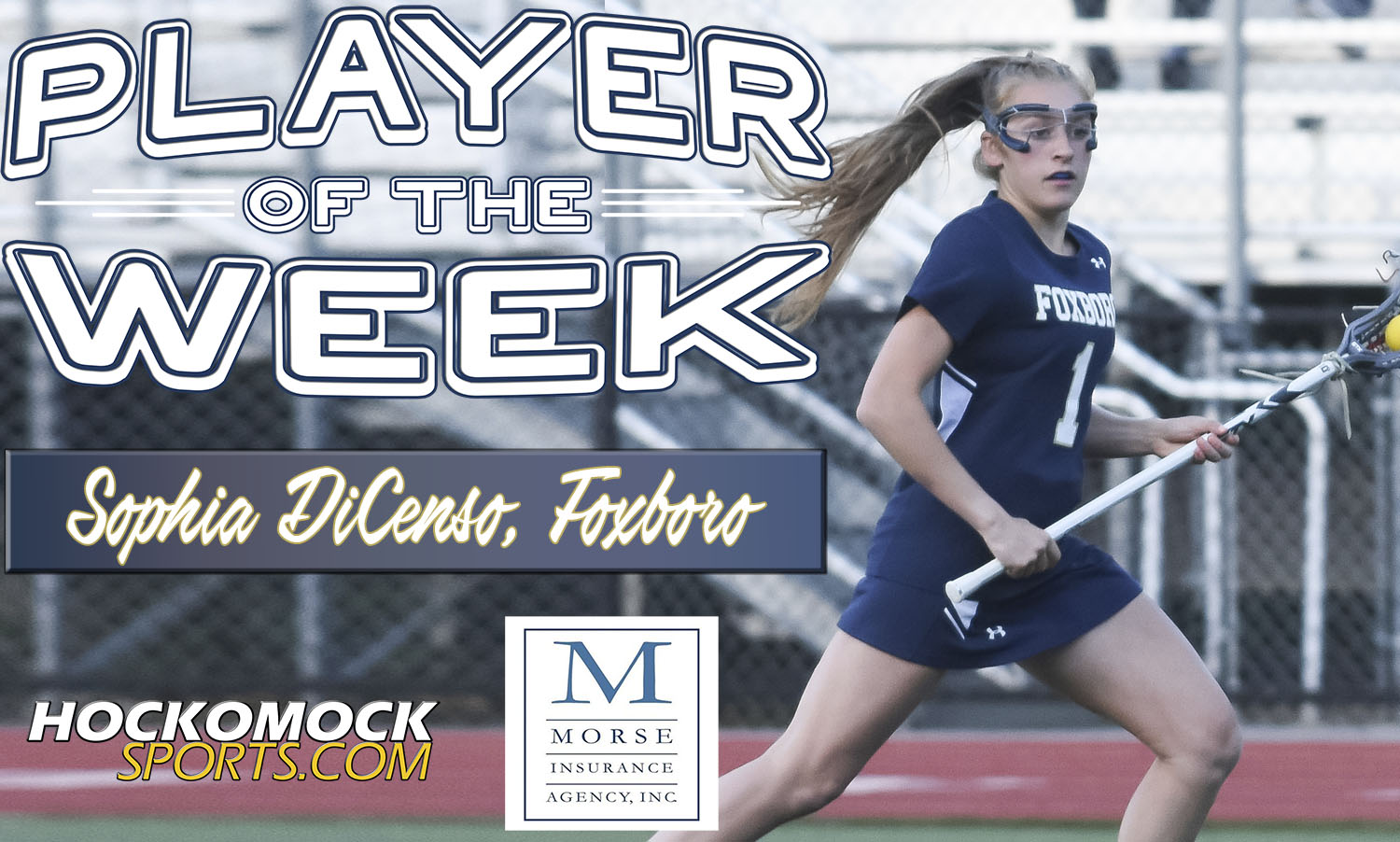 Foxboro senior Sophia DiCenso has been selected as the HockomockSports.com Player of the Week, presented by Morse Insurance, for June 9 through June 15. DiCenso is the 34th player chosen as Player of the Week for the 2018-19 school year and the 11th player in the spring season.

DiCenso had a busy week and one that featured success both with Foxboro and with her efforts to make the U.S. U-19 national team. The senior midfielder and University of Richmond-commit missed the Warriors opening playoff game to try out for the national team and this week found out that she had been selected to be part of the squad competing in the world championships. She then returned to Foxboro to score nine goals in two games and lead the Warriors to the program’s first-ever sectional title.

“It was an exciting week for both Soph and the team and I think hearing the news of making the national team was a weight lifted off her shoulder,” said Foxboro coach Brittany Sherry. “Her performance on Friday was lights out! She wanted it for herself, her teammates, her coaches and her community. Her work ethic, passion and selflessness aided in getting us that tough win and our program’s first title!”

Against the top seed Wayland, DiCenso scored a hat trick, helping the Warriors hold on in a wild second half to pull the upset and advance to their second Div. 2 East final in three years. The day before the final, DiCenso found out that she had been chosen to be part of Team USA, and then she went out and scored six times against Medway, including the go-ahead goal with three minutes remaining, to lead Foxboro to the title.

DiCenso, a two-time Hockomock League MVP, eclipsed the 50-goal mark for the season with her nine this week in the playoffs and she is right on the edge of the top 10 in scoring. The Warriors will face South champion Cohasset in the state semifinal.