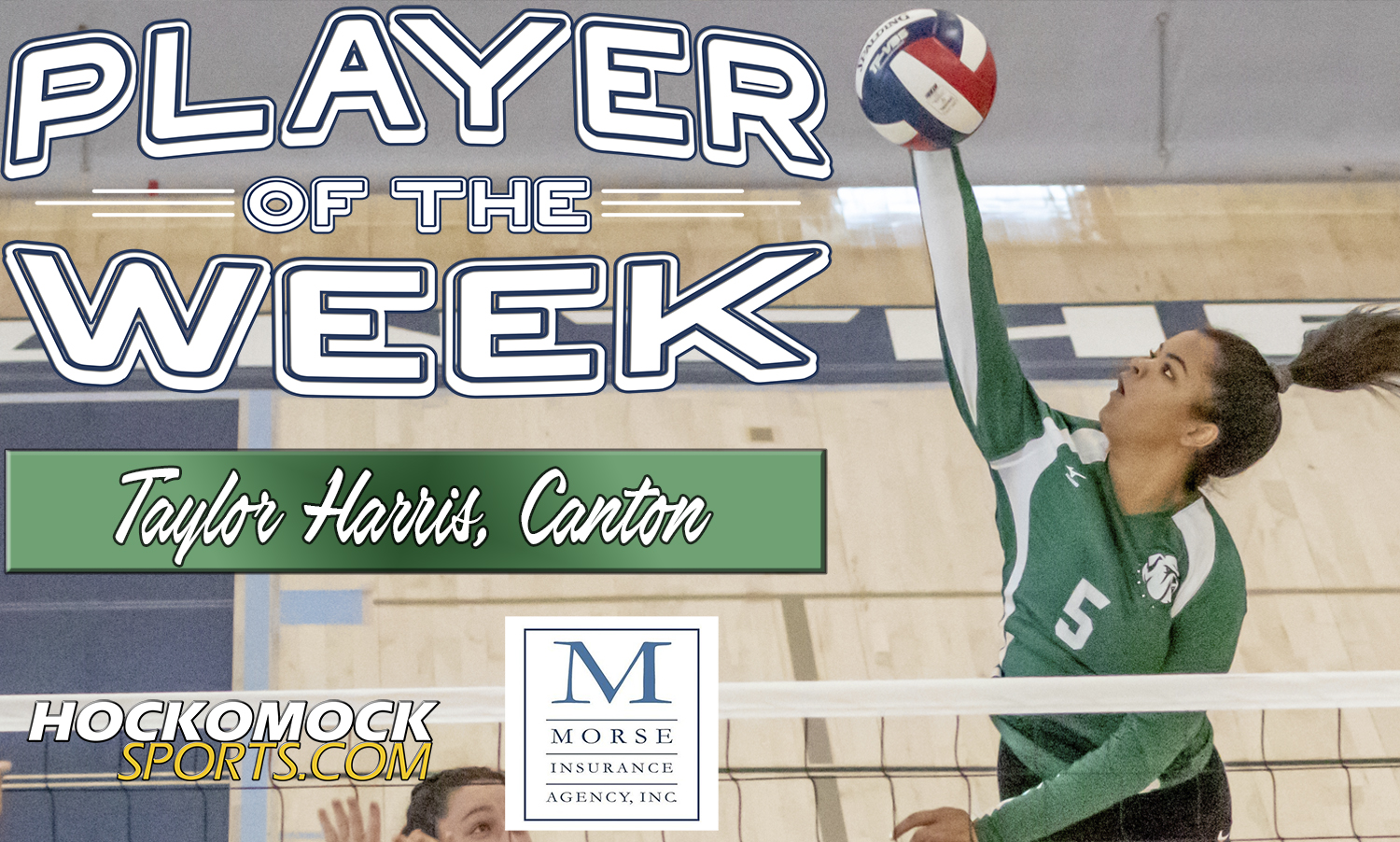 Canton senior Taylor Harris has been selected as the HockomockSports.com Player of the Week, presented by Morse Insurance, for Nov. 3 through Nov. 9. Harris is the 10th player chosen as Player of the Week for the 2019-20 school year.

Harris was the star performer for Canton during its run to the Div. 2 Central title, starring in all three of the Bulldogs’ playoff games, including the Central final against Westboro at Wellesley High. With Harris showing off her all-around game, the Bulldogs reached a second straight Central final and beat the Rangers 3-1 to secure the program’s second sectional title.

“Taylor is an amazing player,” said Canton coach Pat Cawley. “She’s one of the top players I’ve ever coached. Offensively, defensively, blocking she is really a great player…Taylor is certainly in a class of her own.”

In the playoff opener against Tantasqua, Harris sparked the Canton offense with 16 kills. She was also the top hitter in the dominant win against North Middlesex in the Central semifinal, leading the team with 13 kills and adding 12 digs. Against Westboro on Saturday afternoon, Harris demonstrated her overall game to help Canton go a step further than 2018 and secure the Central title. She finished with 20 kills and nine digs in the final.

For the season, Harris led the league with 332 kills and was in the top 10 in the league with 161 digs, while helping the Bulldogs earn yet another Davenport division title. She was also recently selected as the Hockomock League MVP.

Click here for a photo gallery from the D2 Central final.