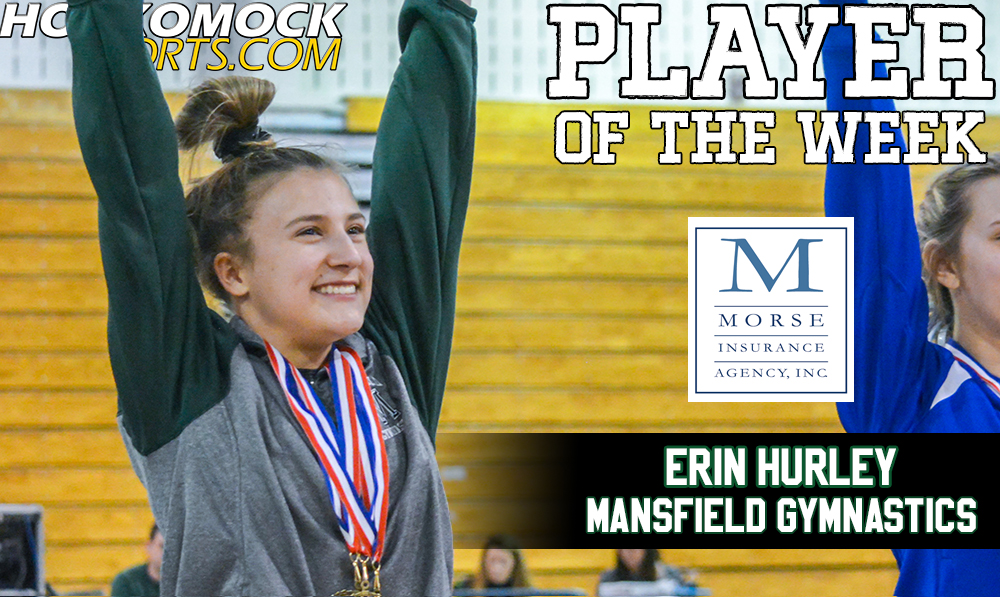 Mansfield freshman Erin Hurley has been selected as the HockomockSports.com Player of the Week, presented by Morse Insurance, for Feb. 4 through Feb. 10. Hurley is the 19th player selected for the 2017-18 school year and ninth player chosen during the winter season.

Hurley capped her first season in the Hockomock League with two impressive all-around performances this week, helping Mansfield finish undefeated in the dual meet season and also bring home the team title a the annual Hockomock Gymnastics Championships held at Shrewsbury High. Hurley won the individual all-around title in both the final regular season meet against Oliver Ames and at the Hock Championships.

“Erin has been a great addition to the team this season,” said Mansfield assistant coach Lisa Anastos. “From the beginning, she has worked tirelessly to modify and improve her routines to meet high school requirements. Erin has easily transitioned from the individual emphasis of the sport to competing for the better of the team.”