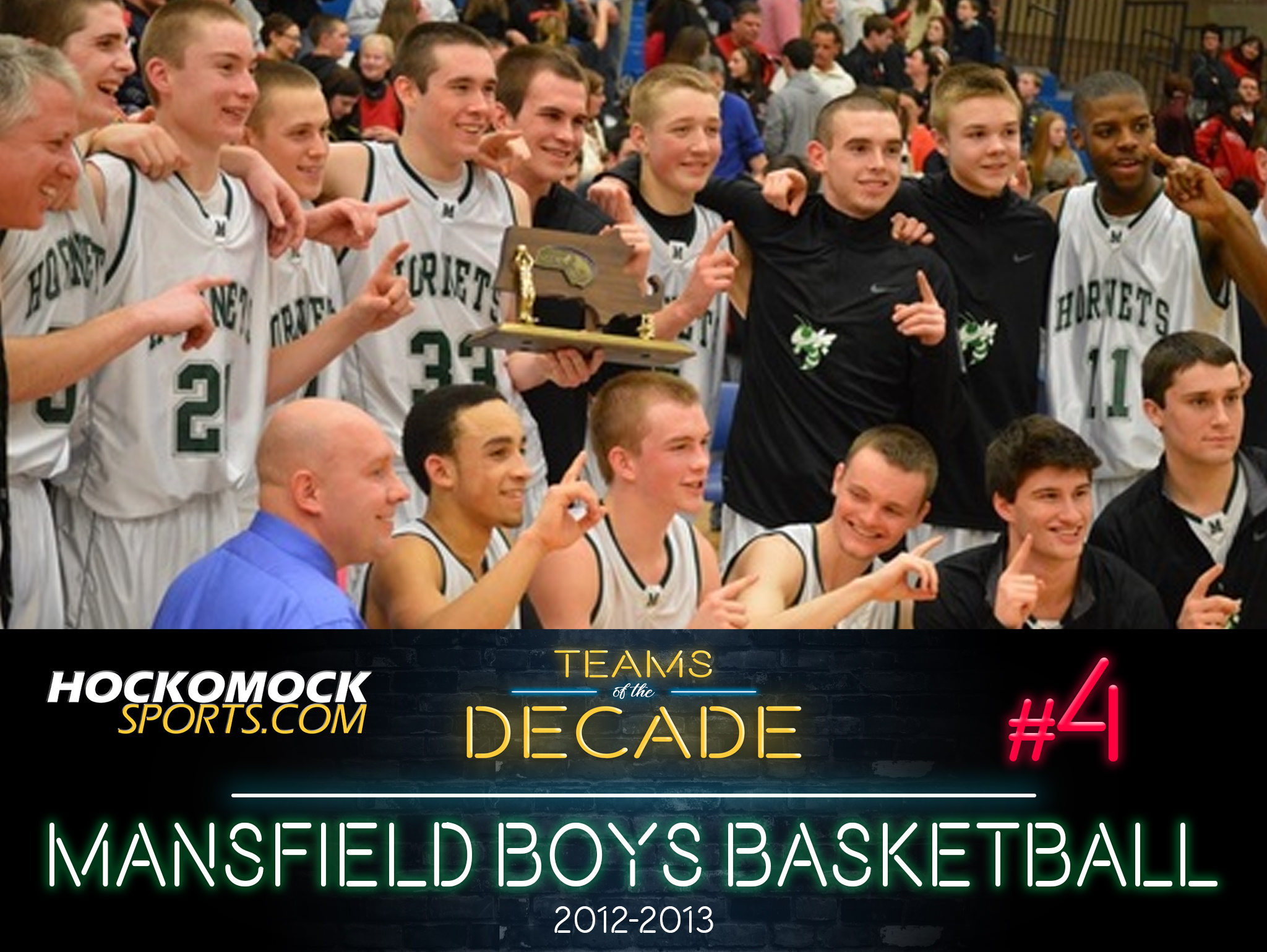 There are few teams that have had as much success as the Mansfield boys basketball program over the past decade. Not only have the Hornets been the class of the Hockomock League, but they’ve also won multiple sectional championships and a pair of trips to the state championship.

So there’s certainly a long list of impressive wins, but one that remains near the top of the Hornets’ resume is the 55-50 win over Central Catholic on the parquet floor inside the TD Garden in a state semifinal matchup. Timely shots, impressive defense, and a dramatic finish highlighted what head coach Mike Vaughan calls one of his most proud wins in his tenure at the helm.

The 2012-2013 Mansfield boys basketball team, which earned its first-ever appearance in the state championship game with that win over Central Catholic, was loaded with talent from top to bottom. A very talented sophomore group complemented a strong junior class and a handful of seniors that led the way.

“It was a team that had a little bit of everything,” Vaughan said of the 2013 squad that posted a 25-3 record. “We just really had no weaknesses with the exception of our youth. We had three sophomores playing a lot, three juniors that played a lot…as the season went on, we started to realize this team could win in a number of different ways and were super talented.

“And the other that really goes unmarked about this particular team, we had some guys at the end of this roster that didn’t necessarily play a whole lot who probably on other teams in the league or in the state probably would have played a lot of minutes. Guys like Cole Cummings and Zach Wisnieski, guys that were just great practice kids and great teammates. When they had the opportunity to play, they went in and played really hard and did everything we asked them to do. In any other varsity program, they would have played their fair share but this particular year we had some dynamite underclassman. But they were great teammates, great leaders, great in practice and they were unsung heroes for us.”

Greg Romanko was the lone senior in the starting lineup, a 6’3 forward that gave the Hornets leadership on the court, could stretch the floor with his shooting, and provided interior defense. Rocky DeAndrade, Kevin Conner, and Kyle Wisnieski played the most minutes among the junior class. DeAndrade took a huge step forward from his sophomore campaign and ran the show from the point, Wisnieski was one of the best defensive players in the area, and Conner provided a lot of flexibility, giving the Hornets size but his athleticism made him a tough matchup for opponents. Michael Hershman, who was selected as a league all star as a sophomore, played very limited minutes throughout the season due to injury.

And the sophomore class featured Brendan Hill, who went on to win the Hockomock League MVP that season, along with Ryan Boulter and Michael Boen. Hill was a true star on the court, with the size of a forward but could play any position on the court. Boulter emerged as an offensive boost off the bench as a sharpshooter while Boen was another defensive option as the season started.

But the importance of depth was a theme among the players too. DeAndrade stressed how important practice was and how the competition among one another helped improve the entire squad.

“Everyone had a role and everyone played it perfectly, and that’s from one through 15,” DeAndrade said. “A lot of our success we had that season comes from practice. It was the battles we had in practice, the guys getting the minutes on the court had to play better. The competitiveness…every drill was a battle. It didn’t matter if you were a starter or on the bench, it was all about winning. Everybody stepped at some point when we needed it. That’s what made it so tough to beat us, we always had an answer.

“Everyone had the same mission on the team, everyone was there to win. It sounds cliche but no one was there with a personal agenda, it was all about what can we do to help the team win that game. I think it was our chemistry, just how well we all played together and how it translated off the court. We all hung out even outside of basketball so we were around each other all the time. And we had all played together since middle school. We were so used to playing with each other.”

The Hornets started the season 4-0, sweeping its first three Hockomock League games by an average of over 25 points per game, as well as an impressive double-digit win over BC High. At the Shooting Touch tournament at Emmanuel College, Mansfield knocked off Amityville out of New York before suffering their first setback, a six-point loss to D2 power New Mission.

Mansfield got back on track in the new year, picking up 12-straight wins. The Hornets picked up a key 68-62 win over Taunton early in January and followed it up with one of their most impressive results of the year, a 65-42 win over rival Franklin. Mansfield clinched the Kelley-Rex title with their second close win over Taunton but just six days later, their winning streak came to a screeching halt at the hands of their rival Franklin.

The Panthers edged out the Hornets with a three-point win in overtime, splitting the regular season series. Despite suffering that loss, Mansfield was quick to correct things and five days later picked up a marquee win. In the RoundBall tournament, Mansfield hosted Wakefield, who was one of the favorites in D2 North. Mansfield notched a 69-46 win.

“At the end of the season, we played in the RoundBall tournament against Wakefield and Bruce Brown Jr., who went on to play in the NBA, and we dominated that game,” Vaughan said. “They were ranked higher in the city papers, they were one of the favorites for the North, and we dominated that team from start to end. It was one of my more proud games we played that year. At that point, it felt like the sophomores were playing like juniors, the juniors were playing like seniors, and the seniors were just great, playing with a veteran mentality. That’s when I thought we could do something special in the South section…but I never thought we would get beyond that or play in a state championship because it’s so hard to do, it’s not necessarily part of the thought process.

“So how did we get there? We had length, we were athletic, smart, we could do things game-to-game, adding things or taking things out, we had toughness, and we had basketball junkies. So you look back now and say, that was a pretty special team and that’s why.”

After knocking off Newton South in the opening round of the tournament, Mansfield ran into rival Franklin to settle the season series. The Hornets survived regulation, going into overtime after the Panthers had a chance to win it late, and eventually came away with a 57-48 win. DeAndrade was the star late, scoring 11 of his game-high 21 points between the fourth and overtime.

“We watched the film recently, it was an absolutely crazy game,” Vaughan said. “There’s a play that happened late, where if that ball goes in, we lose and Franklin wins. There was a time I asked Paul Connolly over at Newton North, who had won back-to-back state titles, I asked what’s the secret. He said you have to be good, you have to be disciplined, you have to be a well-oiled machine but you have to get lucky somewhere. For us, that definitely happened there. There were no secrets between us and Franklin, we already went into overtime before. If that game is different, then we’re not even talking about playing in the state championship.”

While the next two games were far from easy, the Hornets took care of business with a 68-50 win over Brookline behind some hot shooting from Boulter, and then a 57-45 win over North Quincy, sparked by its bench, to win the D1 South Sectional title.

Defense was the key to the game at the TD Garden as both Wisnieski and Boen took turns limiting Central Catholic star Tyler Nelson. Nelson, who was named to the Boston Herald’s All-Decade EMass starting lineup, was one of the most lethal scorers in Massachusetts this decade. In the end, it was Conner who came up with key baskets late to elevate Mansfield to the win.

“One thing I remember is the defense Kyle and Boen played on Nelson in the first half,” DeAndrade said. “I don’t know why it’s stuck with me, but after the game we all were on about the defense those two played. We made some big plays when we needed to, when they counted most and that’s why we were able to come out with the win.

“We just played great from the start,” Vaughan said. “Kevin Conner hit some big baskets for us, Michael Boen and Kyle Wisnieski did a tremendous job on Tyler Nelson. We played a near-perfect game for what you’d consider a perfect game for a high school game. We got contributions from almost everyone in that group. That was probably one of the best victories we’ve had in our program history.”

While the win over Central Catholic remains as one of the best in program history, the game that followed is one the Hornets wish they had a chance to play over. A team that averaged over 66 points per game throughout the course of the season had its worst shooting performance of the season, falling to Putnam in overtime, 50-47.

Mansfield’s defense did its part, holding the Beavers to just 17 points in the first half. But the Hornets couldn’t get things going in the second half and saw its halftime lead evaporate by the start of the fourth. And then things went from bad to worse as Mansfield trailed by seven late in the fourth as its offense sputtered (only nine second half points, 4-for-26 three point for the game).

A three-point play from Boen sparked the comeback, and the sophomore followed it up with another triple. After Putnam sank two free throws, Romanko battled to keep possession off of a miss and, on the ensuing inbounds play, Boulter was fouled while shooting the tying three with 7.5 seconds to go.

Despite all the pressure on the shoulders of a sophomore, Boulter delivered and sank all three free throws to force the extra period. Boulter connected on a pair of three’s in the overtime period as well, the second tying the game at 48-48. In the end, it was a pair of free throws from Ty Nichols with under 10 seconds to go that put Putnam ahead for good as Mansfield’s last second shot was off the mark.

“It was one of those nights, and that happens in sports,” Vaughan said. “It’s why you play the games, you can’t just walk in and win the game. I don’t think that particular game takes away from the level of talent this team had and what they were able to accomplish all year.” 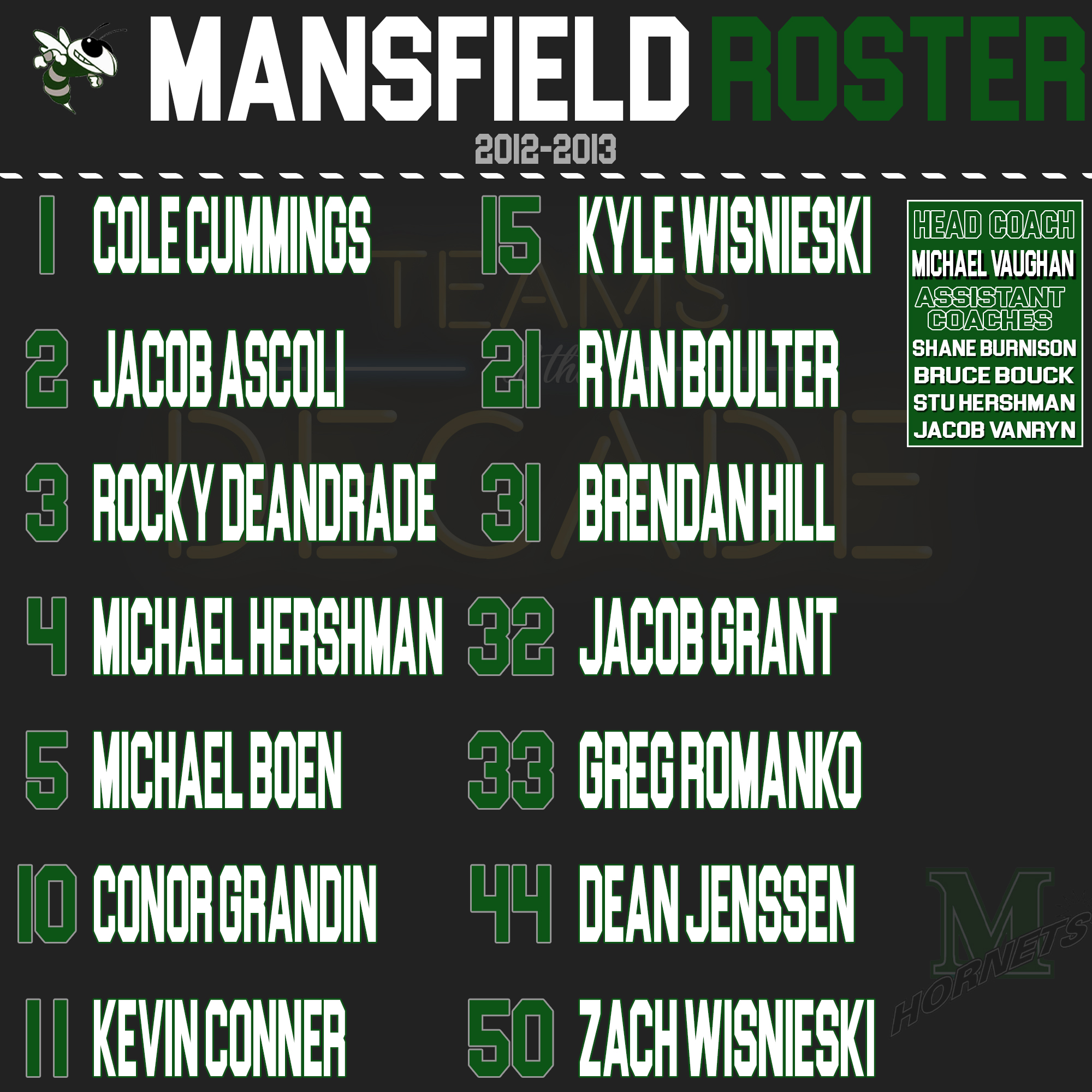 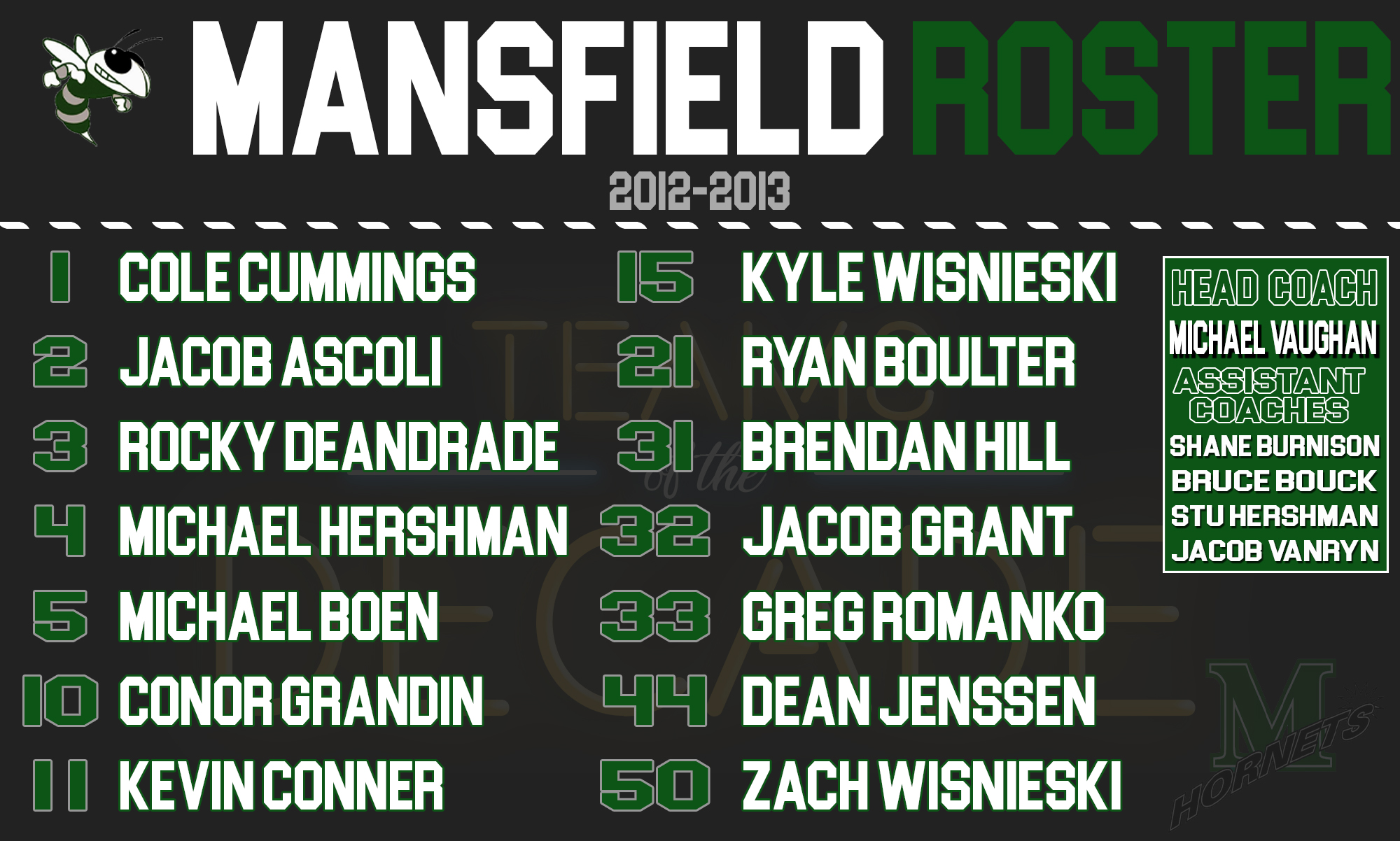 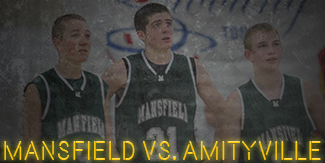