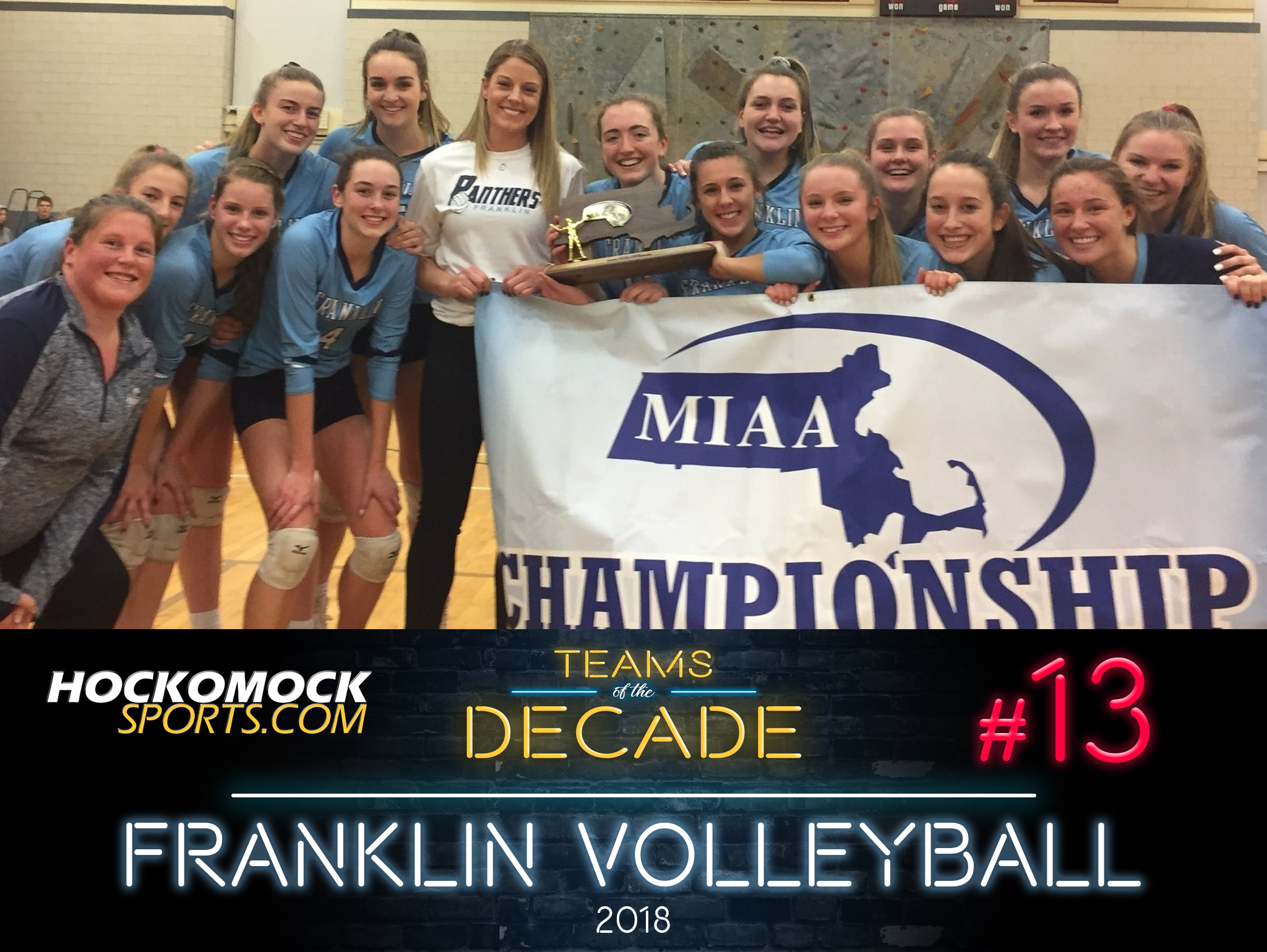 With a strong group of returning players, the Franklin volleyball team entered the season as the top-ranked team in our Hock 5 rankings. But there were few, at least outside of the program, that expected the Panthers to be as good as they were.

While the Panthers graduated a couple of key pieces from the lineup a year before, first-year head coach Kelsey Weymouth inherited a talented, experienced group that looked primed to get back atop the Kelley-Rex division. There were signs very early of just how talented Franklin was, including a 3-0 sweep over non-league foe Bishop Feehan, a 3-0 sweep over defending division champ King Philip, and a 3-1 win on the road over Hockomock power Canton — all in a five-day span.

Senior Lauren McGrath returned for her third year as the team’s starting setter was a key piece in orchestrating the offense as well as an important part of the Panther defense. After dishing out 545 assists her junior year, McGrath crossed the 1,000-assist mark as a senior with 547 assists. McGrath had plenty of choices to work with offensively with four players reaching the 100-kill mark: Ellie Wisniewski (151), Maggie Doyle (135), Allyson Bonnet-Eymard (102), and Hailey Sanders (100).

“I knew from our first practice that we had the skillset and drive to go all the way,” Weymouth said. Weymouth was a former standout at Hock rival North Attleboro before a successful career at Stonehill. “I was coached hard while playing at Stonehill College and in doing so, we were successful. I wanted to bring the same drive to my girls at Franklin High School … I was not easy on this group because I knew they had what it took but they needed that push and confident booster! They worked so hard day in and day out and I could not be more proud of them and all of their hard work during our 2018 season! These ladies had natural-born talent and when they came together as a team they were unstoppable.”

What made Franklin’s offense so dangerous was their ability to hit successfully from all three spots at the net. It wasn’t just a rotation between two outside hitters or forcing to just one player. Not only did the Panthers have one of the best outside hitters in Wisniewski, but they also had two very good options in Doyle (middle) and Sanders (opposite). Bonnet-Eymard and Emma Chase, both sophomores that season, provided strong attacking depth for Franklin.

On the flip side, the Panthers were strong defensively at the net as well. Doyle led the charge with 65 total blocks while Sanders added 35 and McGrath stepped up defensively while in the front row with 16 blocks. Riley Marino was the team’s defensive specialist, recording 218 digs. Wisniewski, Bonnet-Eymard, McGrath, and Shannon Gray were all reliable in the back row as well.

“Our 2018 season was amazing,” McGrath said. “Undefeated in the Hock, a league championship, first Sectional Championship for Franklin High School Volleyball, and a team and coach that was hardworking, resilient, and a lot of fun to be around. It will be a season I remember forever.”

Only three teams avoided being swept by the Panthers during the regular season with Oliver Ames (3-1) and Mansfield (3-1) being able to take a set along with Canton. But the playoffs were a different story and the Panthers really showed their mettle during the postseason run.

Entering the D1 Central West bracket as the #2-seed at 17-0, the Panthers were tested right away by #7 Concord-Carlisle. In their first five-set match of the season, the Panthers pulled out a victory to advance to the sectional semifinals. Franklin fell behind 0-2 to #3 Hopkinton, who was the home team because of a predetermined site, but the Panthers rallied to force a fifth game. Once again Franklin prevailed to move on to the sectional final. Despite going up 2-0 on #4 Shrewsbury, Franklin was forced to a fifth set for the third straight playoff game. The pattern continued as Franklin won the fifth set and the match, this time to clinch its first ever sectional championship.

“The girls were out with vengeance [against Hopkinton], you could cut the tension with a knife and I wanted nothing more than a hard-fought win for them that night,” Weymouth said. “After being down 2-0, they had no choice but to fight. I made some drastic but necessary changes that match and they adapted the best that I’ve ever seen. Ending in yet, another deserving five-set victory!

“Ending up top four in the state is something every young athlete hopes of doing. I did not accomplish that during my high school career and I wanted nothing more than for this group to accomplish that. Words honestly cannot describe how proud I am of that group of young ladies. They deserved everything they accomplished and then some.”

In the state semifinals, the Franklin volleyball team faced off against the standard-bearer of volleyball in the state of Massachusetts in Barnstable. The Raiders won the match 3-0 but not without an incredible effort from Franklin, who fell 25-17, 25-22, 25-23. 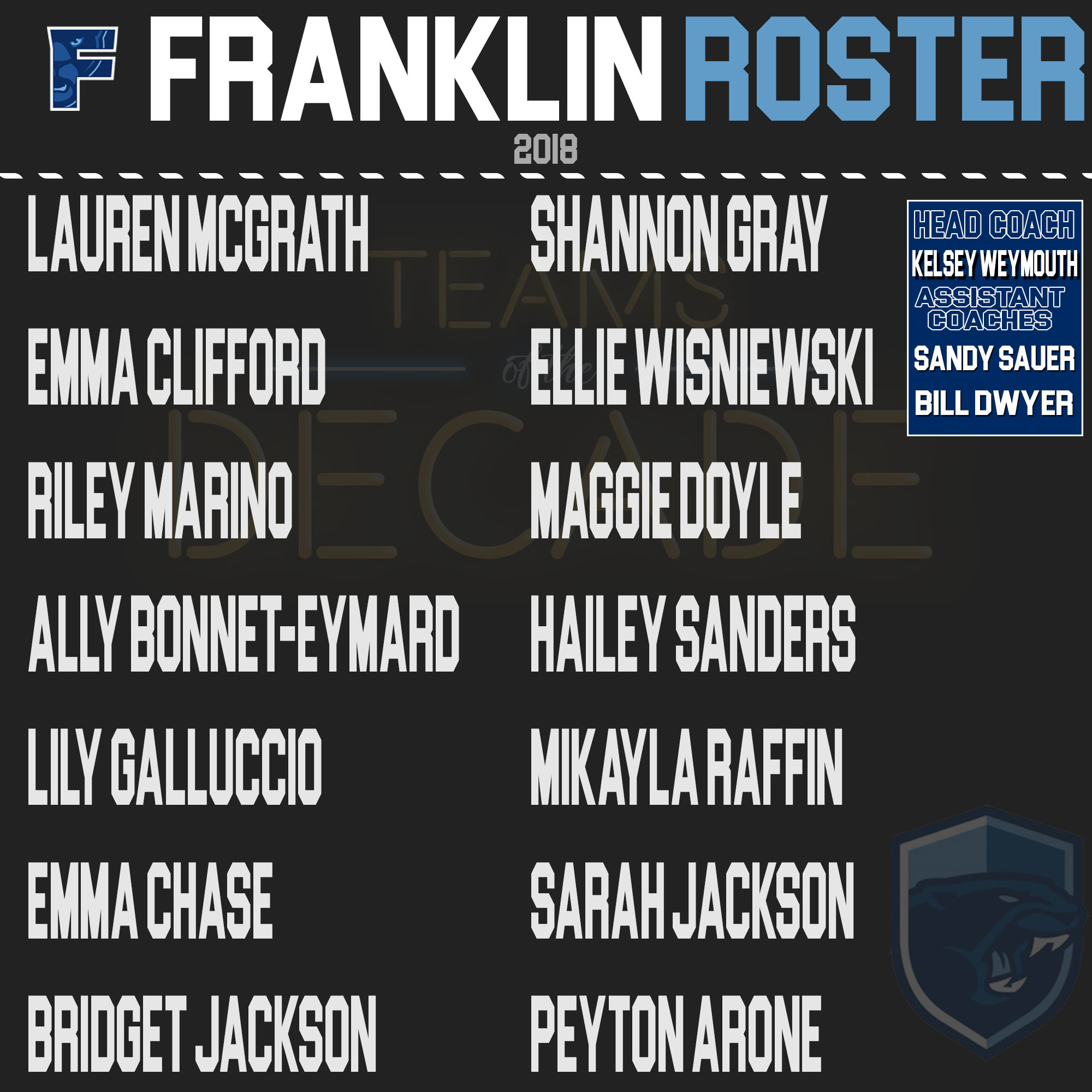 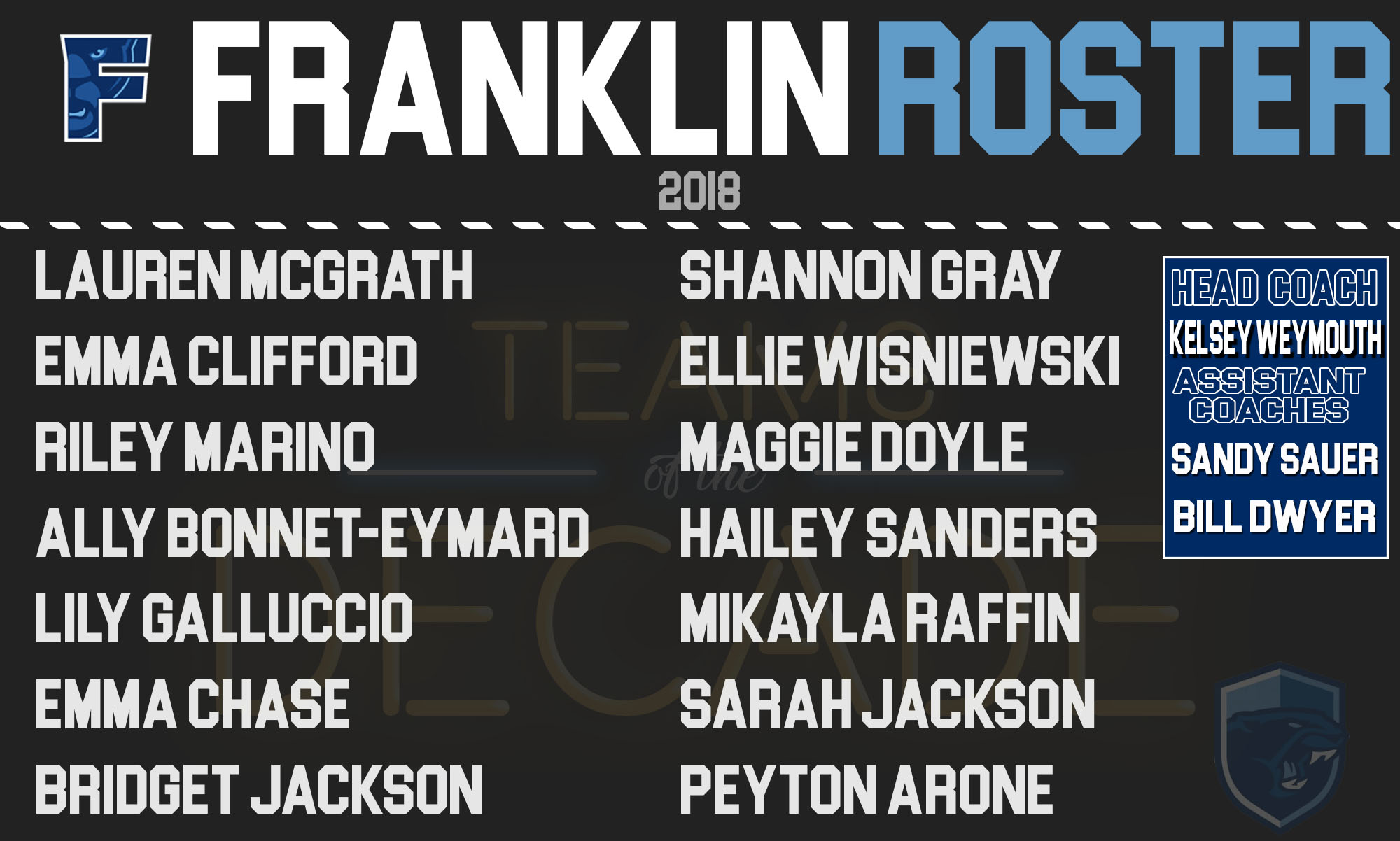 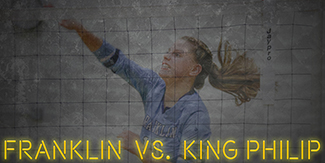 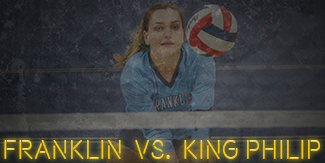 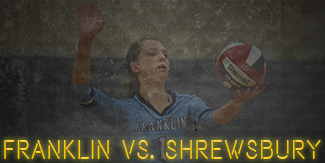 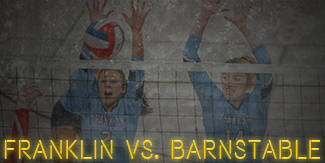