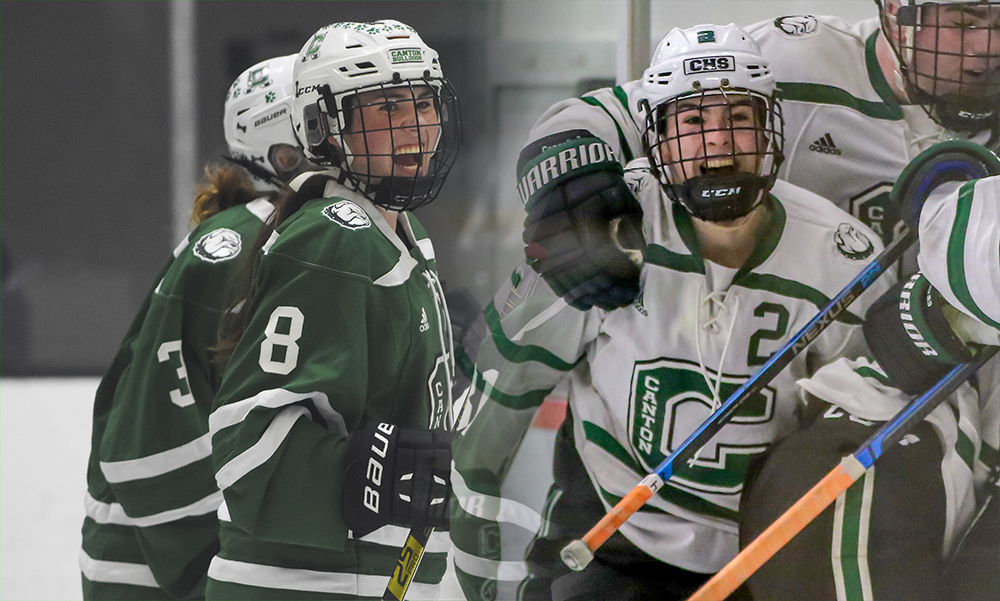 With both the boys and girls hockey teams set to play for state championships on Sunday night, Canton was ready to host its own version of a “Garden Party.”

But unfortunately, neither team will hit the ice at the TD Garden. In fact, none of the six hockey games scheduled for Sunday will happen after the MIAA decided to cancel them due to the COVID-19 outbreak. The MIAA also canceled all of the basketball state championship games scheduled for Saturday.

With the cancellations, all of the teams that were scheduled to play in the final are considered co-champions. The Canton girl’s hockey team shares the title with Wellesley while the boys share the crown with Lincoln-Sudbury.

There will be a lot of anger, frustration, and disappointment among other emotions. Time will tell if this incredibly tough — and rather unprecedented — decision the MIAA made was the best choice. While it’s hard to swallow, keeping student-athletes safe is and should always be a top priority.

“We understand this is disappointing news however, this decision was made in the best interests of all our student-athletes, schools and communities,” read a statement on the MIAA website. “Schools who would have been participating in the State Finals will be considered Co-Champions.”

It’s tough to put in words how unfair it is to take away this opportunity from those who have earned it. One thing is for sure, it’s heartbreaking for all of the players, coaches, and team personnel involved that started this journey together back in December with hopes of reaching this point, only to have that opportunity taken away.

“I’ve been in the locker room in the past trying to console players after a heartbreaking loss but when we found out about the decision after practice, it was like nothing I’ve had to do before,” said Canton boys head coach Brian Shuman. “Sadness, frustration, disappointment…the full gamut of emotions.

“I wish I had the right words to make them feel better.”

Over the past week, we’ve seen the professional sports leagues like the NBA and NHL postpone their current seasons due to the outbreak. The MIAA also announced that the start of the spring season will be pushed back at least two weeks.

As the week went on, school systems across Massachusetts starting to announce closures ranging from days to up to a month in some locations.

“It’s just really horrible for us and for our opponents,” Shuman said. “We both had remarkable seasons and we were both looking forward to closing it out on Sunday. It’s just really unfortunate, I’m really bummed out for the kids.”

The Bulldogs would have entered Sunday’s championship game with a record of 21-1-3, the lone loss coming to their opponent Lincoln-Sudbury back on February 12th. At the time, it snapped Canton’s 43-game unbeaten streak that dated back to the 2018-2019 season, a year in which the Bulldogs went undefeated and won the D2 State Championship.

While Shuman noted the goal was to always return to the Garden to try and defend the title, there has to be an extra layer of frustration that the Bulldogs won’t get a shot at avenging their lone blemish in a remarkable two-year stretch.

“The kids worked incredibly hard every single game, not just skating, passing, and shooting, but emotionally and mentally every single day was such a grind. Not just this season, but for two years. It requires such mental toughness and commitment. To go through that, and then to not have that final test or final opportunity to hopefully put the cherry in top of a remarkable run is overwhelming.”

It would have been the third trip in the past four years to the TD Garden for the Canton girls team. It would have been a chance for those seniors to skate together one last time, a chance to deliver the first state championship in program history.

Canton (19-1-4) would have entered Sunday’s D2 Final as the underdog against the top-seeded Raiders (22-1-0) but that hasn’t stopped the Bulldogs from winning before. Back in 2017 as the 14-seed, Canton gave a scare to top-seed Notre Dame Academy, and a year later, the Bulldogs nearly knocked off the Raiders in a one-goal game.

In the run up to the final, Canton outscored its three opponents 11-2 and knocked off #2 Norwell in the state semifinal.

Unfortunately, we won’t get to see if the third time would have been the charm for the Bulldogs.