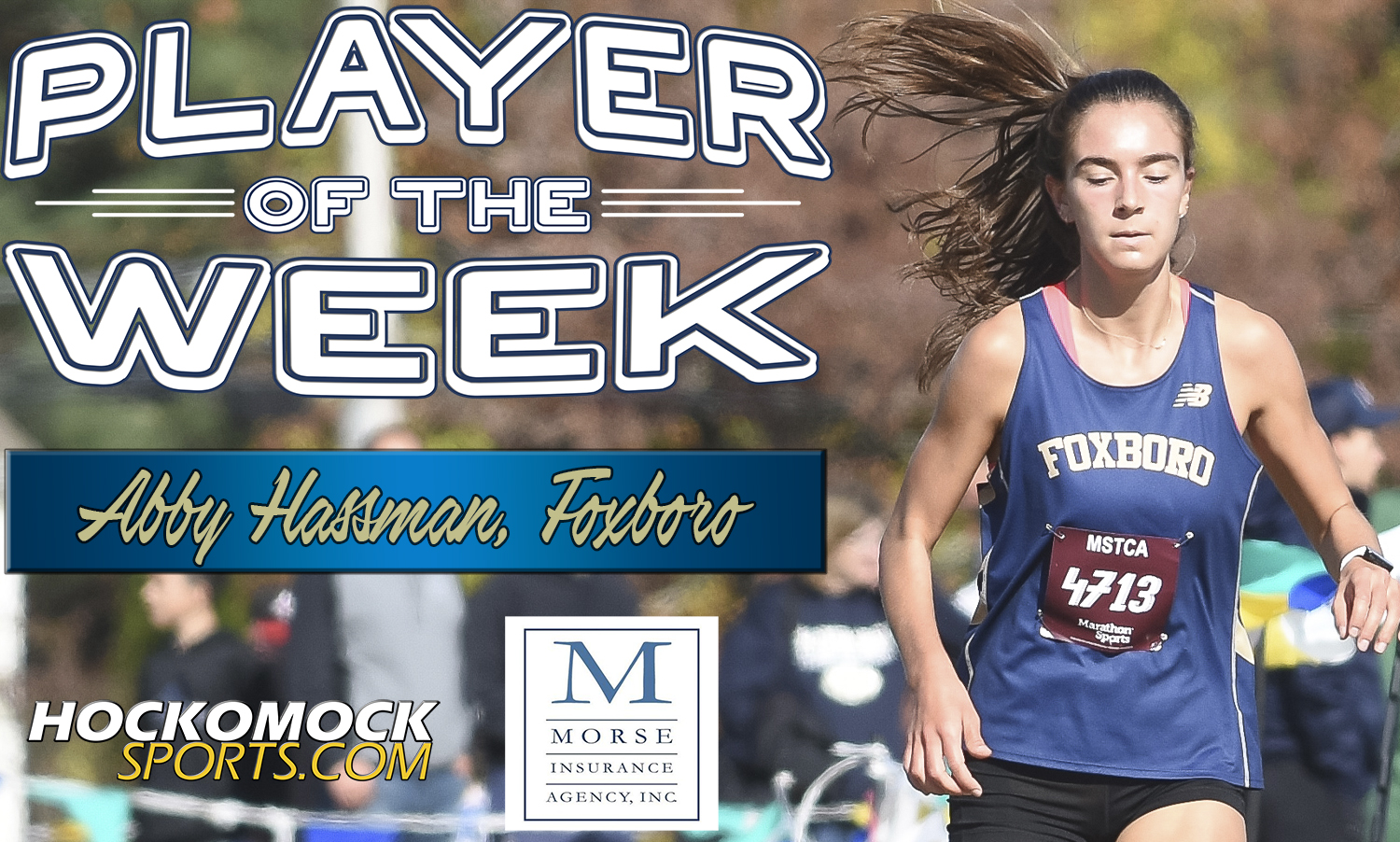 Foxboro senior Abby Hassman has been selected as the HockomockSports.com Player of the Week, presented by Morse Insurance, for Oct. 20 through Oct. 26. Hassman is the eighth player chosen as Player of the Week for the 2019-20 school year.

Hassman cruised to a dominating victory in Saturday morning’s Hockomock Girls Cross-Country Championships at the Wrentham Development Center. She completed the windy 5K course in a time of 18:52.34, which was nearly 49 seconds better than her nearest competitor, to win the league meet for the second time in the past three seasons.

“Abby has a lot of natural talent, but really dedicated herself to training this summer and season,” said Foxboro coach Joe Cusack. “She set some pretty lofty goals for herself, and winning back the Hock title (which she won as a sophomore) was definitely one of them. She also wanted to run sub-18:00, and did that (at Twilight). With the Divisional meet and All-States coming up, I’m really excited to see what she can do. She’s running with a ton of confidence right now, which goes a very long way in these November meets.”

Hassman jumped out to an early lead on Saturday and by the two-mile mark was out of sight of her competitors. Her time was a full 40 seconds better than last year, when she finished second to teammate Lexi Quinn, and 11 seconds better than her winning time as a sophomore in 2017. During her four-year cross-country career, Hassman has never finished worse than third at the Hock Championship meet and last season helped the Warriors end a long league title drought.