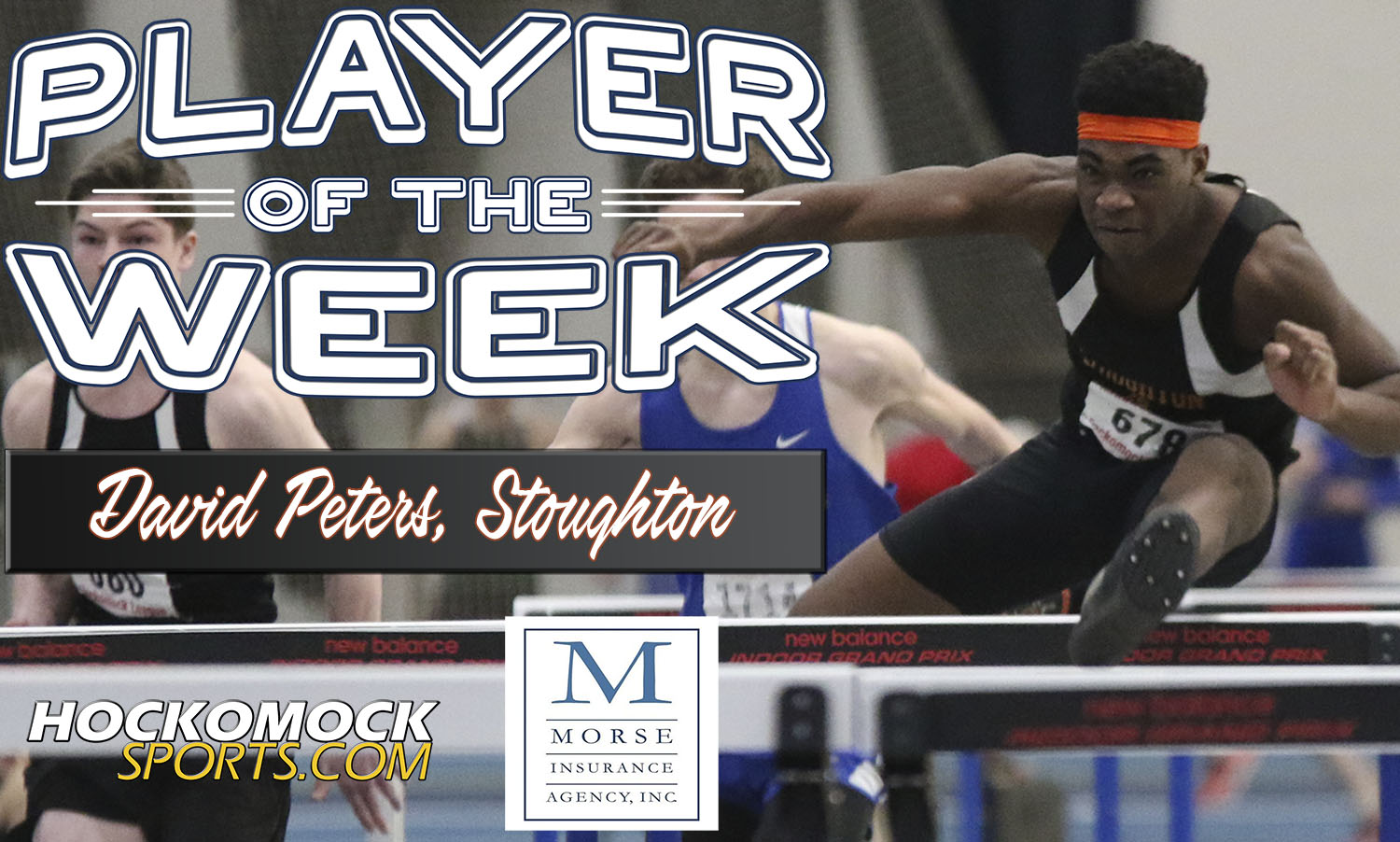 Stoughton junior David Peters has been selected as the HockomockSports.com Player of the Week, presented by Morse Insurance, for Feb. 17 through Feb. 23. Peters is the 21st player chosen as Player of the Week for the 2018-19 school year and the 11th player in the winter season.

Peters took home the title in the 55-meter hurdles at this past weekend’s All-State Meet at the Reggie Lewis Center in Boston. He set a personal best with a time of 7.46, edging the second-place finisher from Acton-Boxboro by only 0.01 seconds, to bring home first in his first year racing at the indoor all-state meet. Peters also took part in the long jump, finishing ninth with a leap of more than 21 feet.

“This weekend was huge for David,” said Stoughton track coach Lauren Pinchieri. “We knew that when he was challenged he would rise to success. David exceeds expectations in every single way! It is a pleasure coaching him.”

Peters has been on a roll over the past few weeks, showing steady improvement in his times, while winning the title at the Hockomock Championships and the Div. 3 meet. He won the Hocks with a time of 7.62 and then won the D3 meet with a time of 7.59 before setting a new PR to win at all-states.

This is the second time that Peters has been named Player of the Week. He also earned the honor last May after winning the 110-meter hurdles title at the outdoor D3 meet. Peters went on to finish seventh in the event in the all-state meet two weeks later.