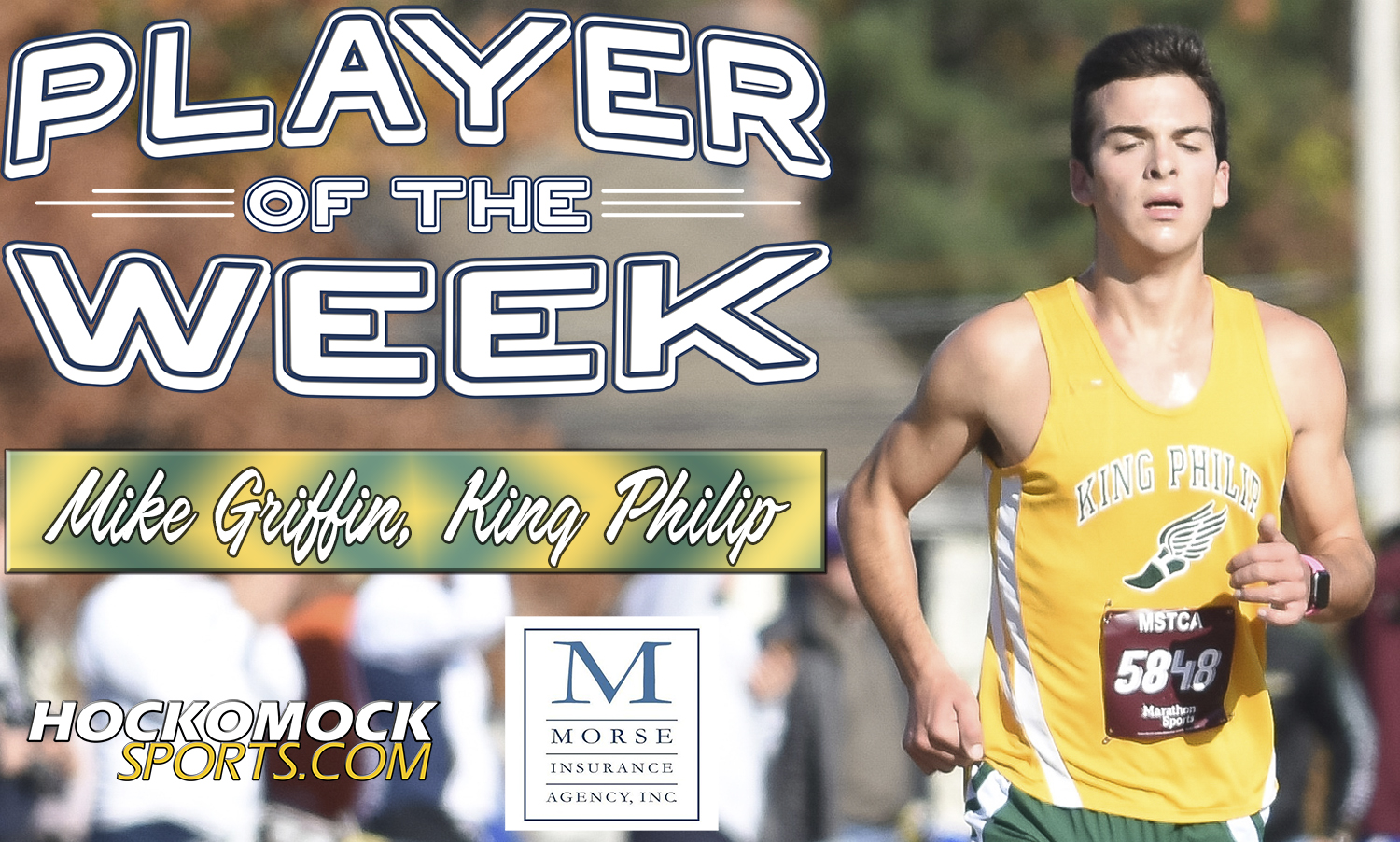 King Philip senior Mike Griffin has been selected as the HockomockSports.com Player of the Week, presented by Morse Insurance, for Nov. 10 through Nov. 16. Griffin is the 11th player chosen as Player of the Week for the 2019-20 school year.

Griffin concluded his stellar four-year cross-country career by winning the Div. 1 All-State Meet at the Gardner Municipal Golf Course on Saturday afternoon. He finished in 16:06, which was seven seconds ahead of the second-place finisher from Concord-Carlisle (and 20 seconds ahead of teammate Mike Norberg, who finished fifth overall) to bring home the title. His time was nearly 50 seconds faster than last year’s meet at Stanley Park, where he finished ninth overall.

“His state title was the culmination of over three years of hard work and dedication to running,” said King Philip head coach Chris Elgar. “While undeniably he has a natural talent, you could even say gift for running, but that does not credit enough how much his work ethic contributes to his success. One small example was his confidence in a well thought out ‘agenda’ for how to race this course to his best ability. Because he is a student of his craft, he knew exactly what he needed to do on Saturday. He would also be the first person to recognize the support his co-captain and close friend Mike Norberg has on his success. They really help each other reach for the highest of standards.”

Griffin has been a dominant cross-country runner since his freshman season and a few weeks ago brought home his second straight individual title at the Hockomock League Cross-Country Championships at the Wrentham Development Center. The University of Tennessee-commit finished 18 seconds ahead of Franklin’s Tyler Brogan. In four years, Griffin never finished worse than third in the league meet and improved his time by more than 40 seconds from his freshman to senior seasons.

Click here for a photo gallery from the 2019 Hockomock Cross Country Championships.