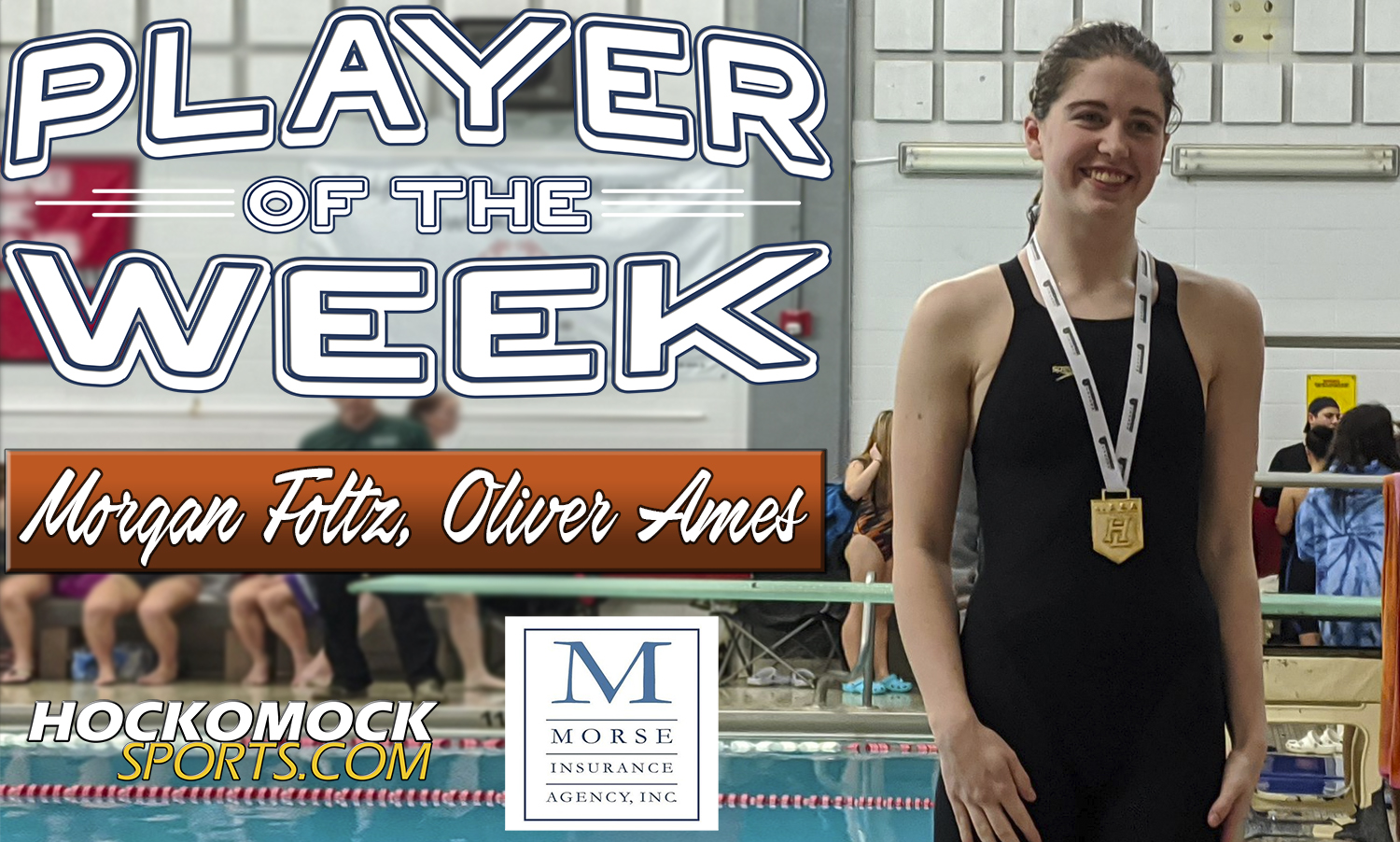 Oliver Ames senior Morgan Foltz has been selected as the HockomockSports.com Player of the Week, presented by Morse Insurance, for Jan. 26 through Feb. 1. Foltz is the 19th player chosen as Player of the Week for the 2019-20 school year and the eighth for the winter season.

Foltz won four titles (two individual and two relays) at the annual Hockomock League Girls Swim Championships held this past weekend at Milford High. She was a major factor in OA’s dominating team performance, as the Tigers won the team title for the second year in a row, setting five meet records in the process.

The day started with OA establishing a new meet record in the first race. Foltz took the lead leg and set a strong pace in the 200-yard medley relay that finished in a time of 1:53.09. She came for the 50-yard free and set a new record with a time of 24.91, finishing a second ahead of the next swimmer. She also won the 500-yard free by a second, finishing with a time of 5:20.94.

Foltz helped OA close out the meet with another win, this time taking first in the 400-yard free relay. She swam the third leg as the the Tigers finished in 3:41.77, nearly 13 seconds faster than the second place team.