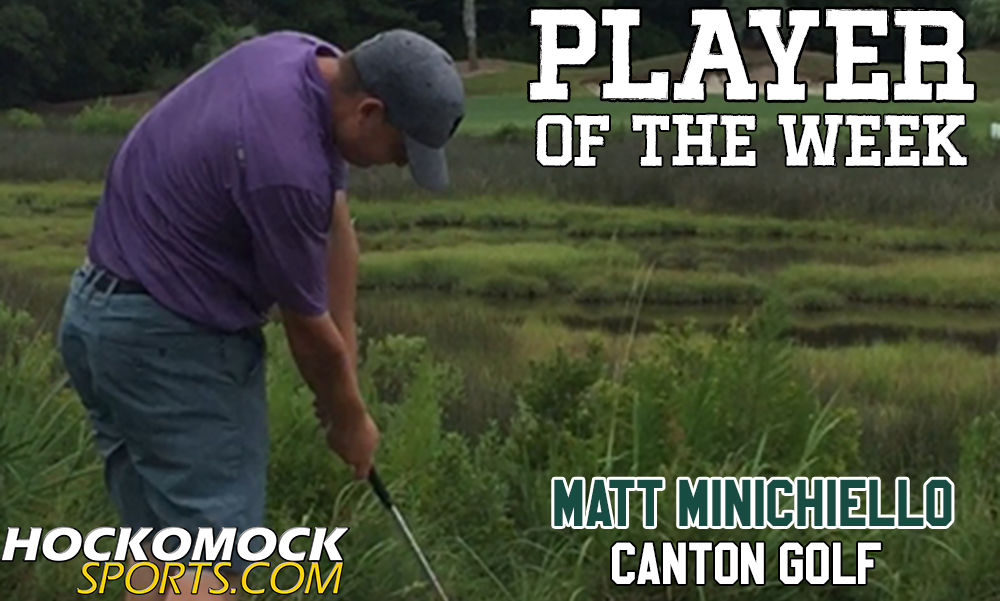 Canton senior Matt Minichiello has been selected as the HockomockSports.com Player of the Week for September 11th through September 17th; the second player chosen for the 2016-2017 season. Minichiello has had an impressive start to the 2016 season and had a pair of strong performances this week. Canton golf is off to a 4-0 start, including a 2-0 record in the Davenport, and Minichiello has played a vital role for the Bulldogs.

“Matt has a true passion for golf,” Canton golf head coach Mike Barucci said. “He has been on the team since his freshman year and has put a lot of time and effort into his golf game. Matt spent a lot of time during this past offseason and worked on every aspect of his game.”

Minichiello was inserted into Canton’s lineup this season after not playing in matches in previous seasons. “That goes to show you how hard he has worked and how much he truly cares about golf,” Barucci said.

Minichiello and Canton will look to stay unbeaten as they welcome North Attleboro to Blue Hills on Tuesday in a key Davenport division matchup.

Player of the Week is selected by the HockomockSports.com staff. Nominations can be submitted throughout the week up until Saturday night at midnight. There will be a poll posted on every Sunday with the nominations. The results of the poll influence the selection but do not strictly dictate the decision.