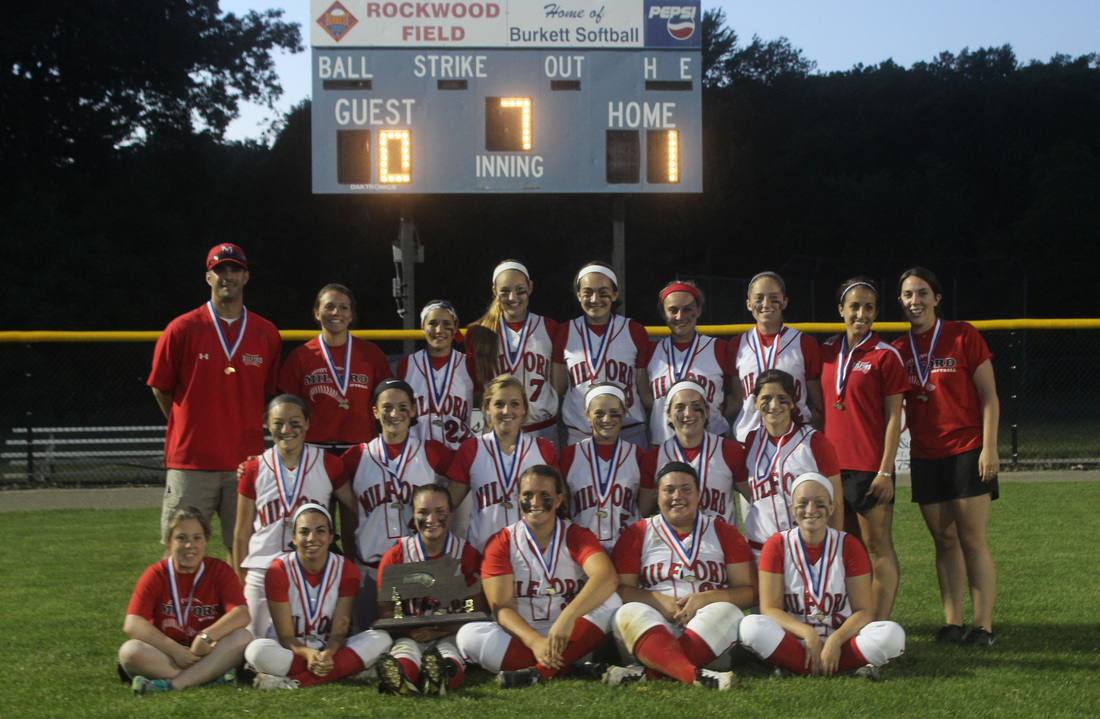 WORCESTER, Mass. – There aren’t many high school athletes who can say they had a perfect ending to their career.

But Shannon Smith – the state’s all time leading strikeout leader – finished her illustrious high school journey by striking out the side in the top of the seventh to win the Division I State Championship for the second straight year, this time a 1-0 decision over Agawam.

“Winning one is great, and winning two is better,” said Smith. “But finishing my high school career with a state championship win that’s probably the best possible situation you could have.”

The Scarlet Hawks tacked on the games’ lone run in the bottom of the sixth with a little bit of déjà vu from last year. Freshman Jill Powers ripped a double into left center field that scored sophomore Allie Piergustavo from first. In last year’s final, it was then-freshman Taylor LeBrun that provided the walk off hit.

Powers was previously 0-2 in the game with a line out to right and a fly out to the shortstop. But in the sixth inning, it was an adjustment that made all the difference, something that impressed Smith.

“She made an adjustment in that at-bat,” Smith said. “She was way ahead every bat before that and that at-bat she stayed back. It was amazing that she was able to adjust midgame and that fact that she’s a freshman is even better.”

Piergustavo walked with two outs in the bottom of the sixth and on the first pitch Powers saw, she sent it into left center field.

Smith finished with 13 strikeouts in the game and an all-time best 1,216 career strikeouts. She allowed just three runs this season and only one of them earned.

Alongside Smith, Milford graduates four other seniors – Caroline Fairbanks, Lauren Hanna, Rachel Levine, and Lizzie Stallone –  all members of the starting line up and all players who made three state finals appearances and two state championship wins.

“It’s a very special class,” said Macchi. “You have five seniors that have contributed in some way, shape, or form since their freshman year. You don’t see that too often when a program has five seniors that have been apart of it for four years and have really been apart of it for four years. I told them they had a chance to leave a lasting impression and they did that today. They had a mission at the beginning of the season and mission accomplished today.”