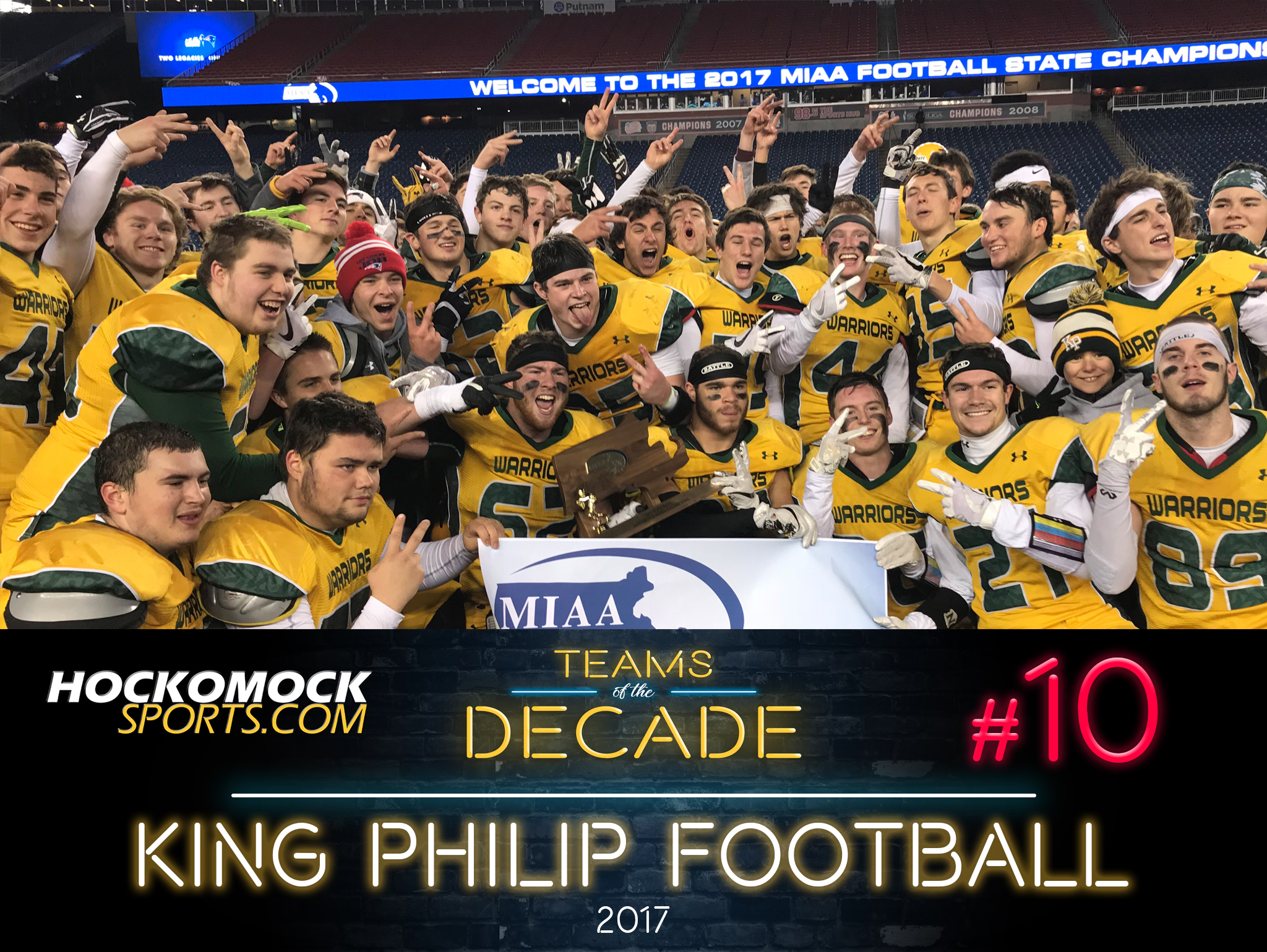 Following an undefeated season and the program’s first state title, the 2017 King Philip football team entered the new year with some question marks. Only two starters were back on offense and just three on the other side of the ball. While those outside the program were understandably wondering how so many new faces would be able to cope with the pressure of being defending champions, the players knew that they had what it took to go back-to-back.

It turned out that the players were absolutely right.

“It wasn’t going undefeated again and going back to the Super Bowl,” KP coach Brian Lee admitted when asked about his expectation heading into the 2017 season. “I think these guys just wanted to show that they could do it too. Once they knew how to get there, that it’s possible, those guys fully expected to go back. They knew their potential better than I did.”

The foundation for the second straight state title was built in the offseason with lifting in the spring and then summer workout programs that saw players get to the field at 6 a.m. every morning. In the preseason, the team spent a week of three-a-days in Maine. The hard work and the shared commitment permeated the roster.

“It just built us all into the team we were that season,” said Shane Frommer, the team’s star running back and linebacker. Being there at 6 in the morning, tired, grinding together, just built so much character in us and bonds that carried into the season to just keep working, to never stop, because you’re fighting for your brothers.”

Frommer was one of the key returning players, along with quarterback Brendan Lydon, defensive back Andrew Dittrich, defensive end Evan Rice, and receiver Dylan Leonard. Over the course of the season, players like linebackers Jack Webster and Max Armour, receiver Tom Madden, lineman Anthony Vahue, and tight end Jack Piller were some of the players that emerged as standouts, most of them on both sides of the ball.

King Philip football is a defense-first program and on that side of the ball, under the guidance of Lee and defensive coordinator Matt Wassell, the Warriors put up numbers that were even better than the 2016 team. The defense allowed only five teams to score in the second half that season, no team scored more than once after halftime, and only two opponents in the final nine weeks avoided a second half shutout.

“That’s our emphasis,” said Lee. “Let’s put our best dudes on defense, let’s spend more time in practice on defense, let’s do all the things that make other people spend time on offense.” He continued, “The defense just got better every week. We really relied on them a ton in 2017.”

Frommer credited the coaches for getting the team in the right spots. He added, “If we all know our assignments every play then we can all fly around and tackle the ball. If we’re doing our own jobs, then it’s just going to happen.”

The undefeated season may have come to an abrupt end in week four if not for a big play on defense by Frommer. Mansfield was dominating, already up 10-0, and with the ball in the red zone with a chance to break the game open before halftime. Dittrich got his hand to a pass that Frommer picked off and took 96 yards for a score that cut the lead to three. KP would score 21 points in the fourth quarter, including a Frommer touchdown and rolled to a 28-10 win.

“We were up against the ropes right there,” Lee said. “Now, we’re only down three and we can play and we’re only going to get better. Getting that win really launched us into, maybe we’ve got something special here.”

Over the course of its three straight trips to the Super Bowl, KP became known for its ability to come back in games and make the plays it needed down the stretch to secure a win. Lee said, “We really got good at playing under pressure. We were comfortable in tough situations. It was great to see, the tighter the game got the more confident they felt.”

That resilience showed again the week after coming back against the Hornets when Cole Baker’s field goal pulled out a 17-14 win against Franklin. It was on display again in the Div. 2 South quarterfinal when a rematch against Mansfield went down to the wire and the Warriors pulled out a 13-11 victory at Macktaz Field with all the points coming in the first half.

After beating Bridgewater-Raynham to win the South title, KP was back at Gillette Stadium to take on Lincoln-Sudbury and its high-flying offense. This time, the coaches were prepared for the unique challenges of playing in a Super Bowl and tried to take advantage of the rule changes, such as the shorter quarters, to slow down the L-S offense.

On KP’s first possession of the second half, trailing 7-0, Lydon stretched a play out to get a first down and in the process suffered an injury that sent him to the bench. Sophomore Robert Jarest was forced to step in under center. Not surprisingly, there were some jitters and the first snap was fumbled. Two plays later, Jarest made the play that may have turned the game around when he hit Madden for 38 yards down to the L-S 23.

“We didn’t really know what, at that time, Robbie was going to be,” said Lee. “What he had was the same skill set as Brendan, in that he expected to have success and the moments weren’t too big for him. Once we scored, everything changed in that game in terms of our ability to totally believe that we’re going to win.”

Frommer rushed for more than 100 yards in the Super Bowl, despite playing with a painful hip pointer. He was named the HockomockSports.com Player of the Year and Kelley-Rex division MVP.

“He just had such a will about him to win and to compete and making himself better,” said Lee about Frommer. “It was one of those rare combinations where your best player is also your hardest working player. He really carried us there.”

A strip sack by Webster put the Warriors in position to grab the lead late in the fourth quarter. Baker set aside an earlier miss and split the uprights from 31 yards to put KP ahead to stay. Lee said of his sophomore kicker, “I don’t think it was a coincidence that in KP history that the one time we have a dude who can kick field goals are the three years we were in the Super Bowl.”

Fittingly, the defense completed another second half shutout to close out the state title and extend KP’s win streak to 25 games.

Lee tried to put into perspective how difficult it was to go unbeaten for two years. He said, “Everybody lifts now, everybody watches film, it’s so hard to gain an advantage on an opponent because everybody is working so hard. You’ve got to have a few breaks obviously and the way the playoffs are it’s about staying healthy.”

For Frommer and the rest of the King Philip football seniors, the championship was the culmination of the work that started in the weight room in the spring.

“Just thinking back, it was the best time of my life,” said Frommer, voice cracking as he reflected on the final moments of his high school football career. “Going back to Gillette with my buddies that I played Pop Warner with and just seeing it all pay off that senior year and all the work we put in. It was an unbelievable feeling. The bonds we built between all the people, you’re going to have those forever.” 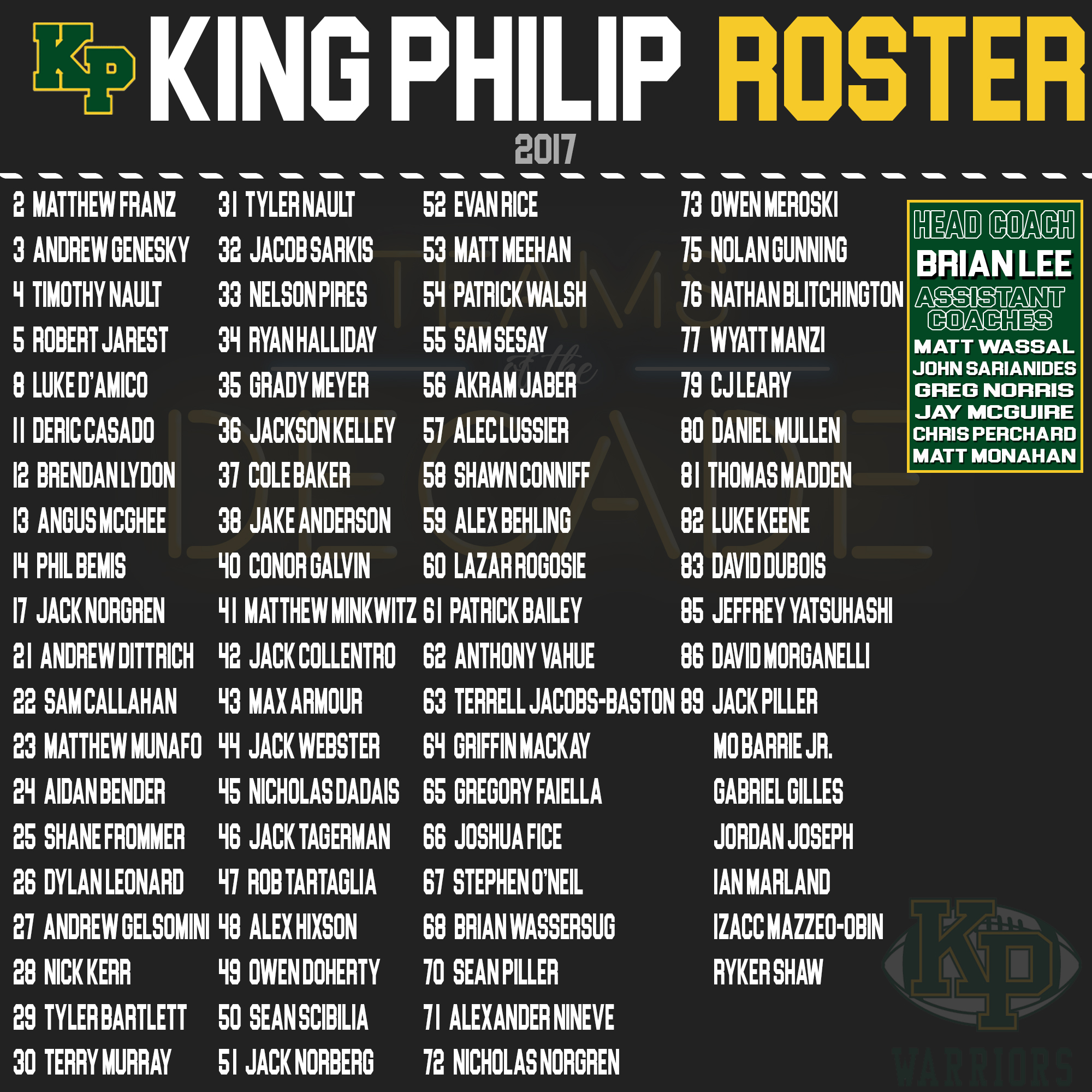 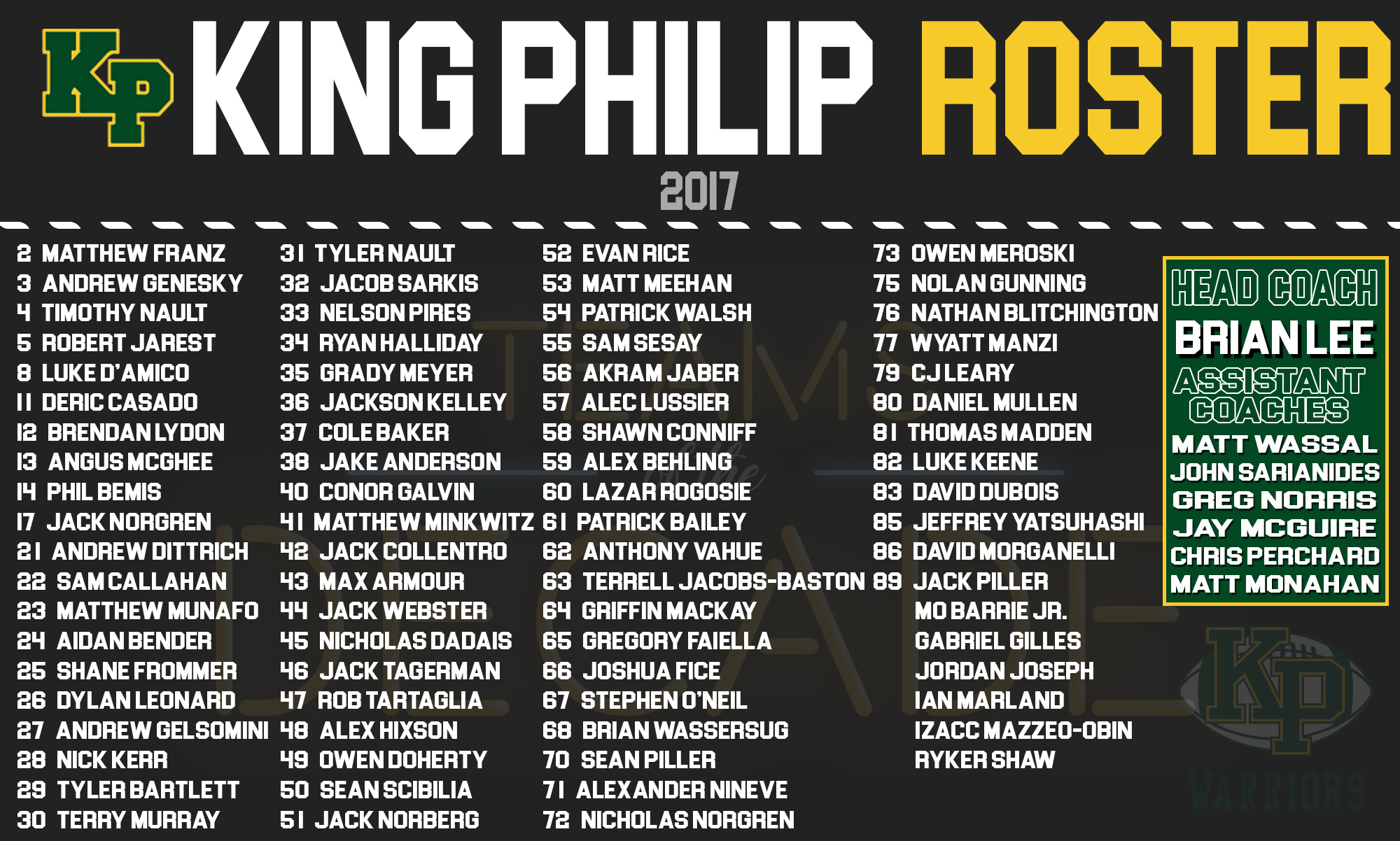 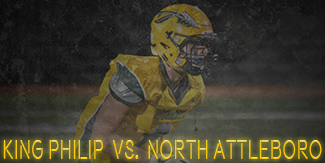 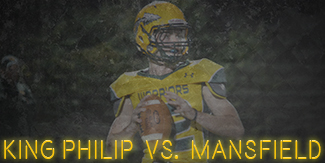 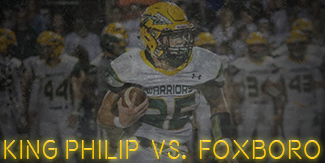 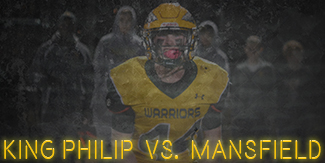 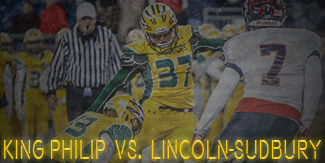