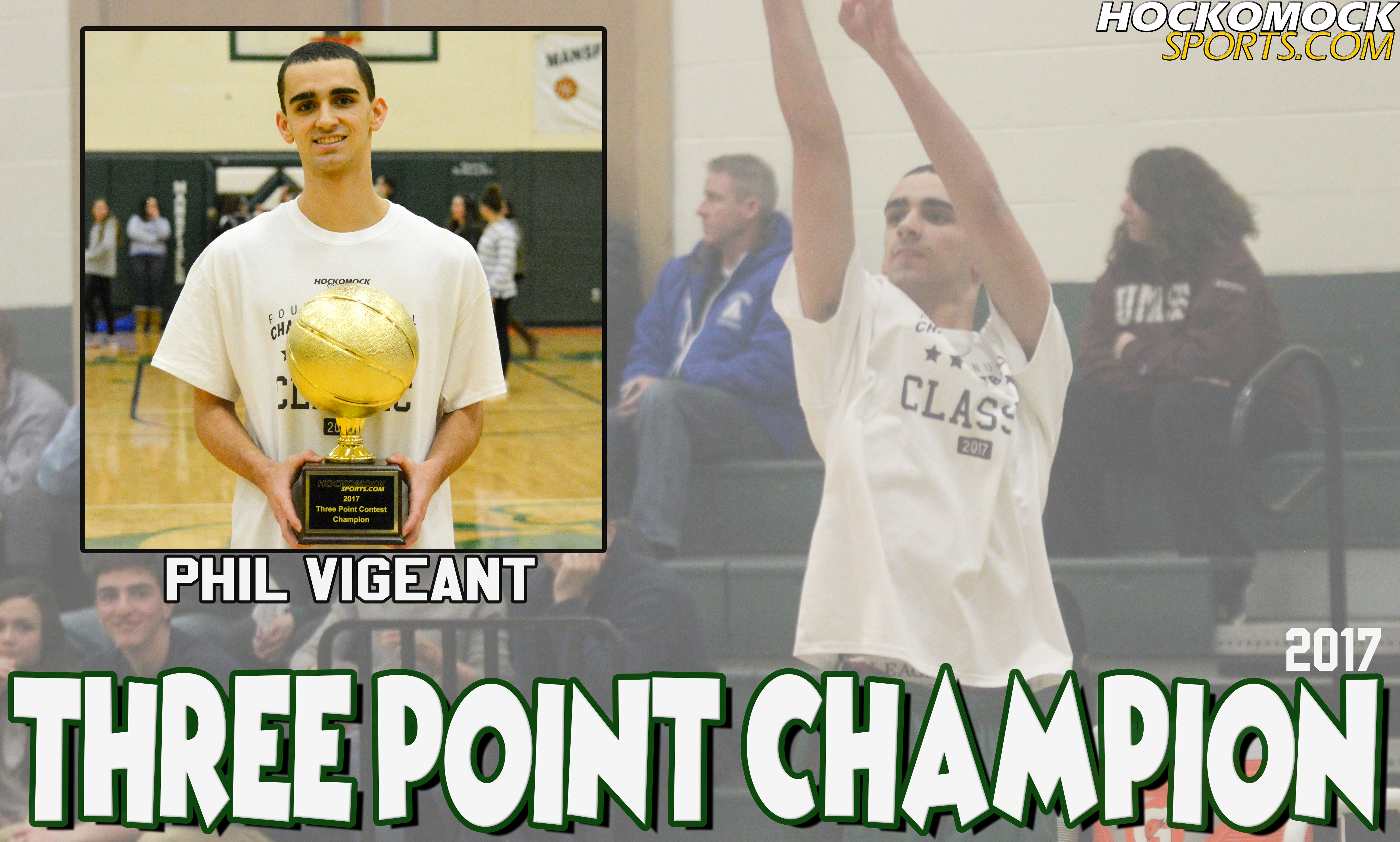 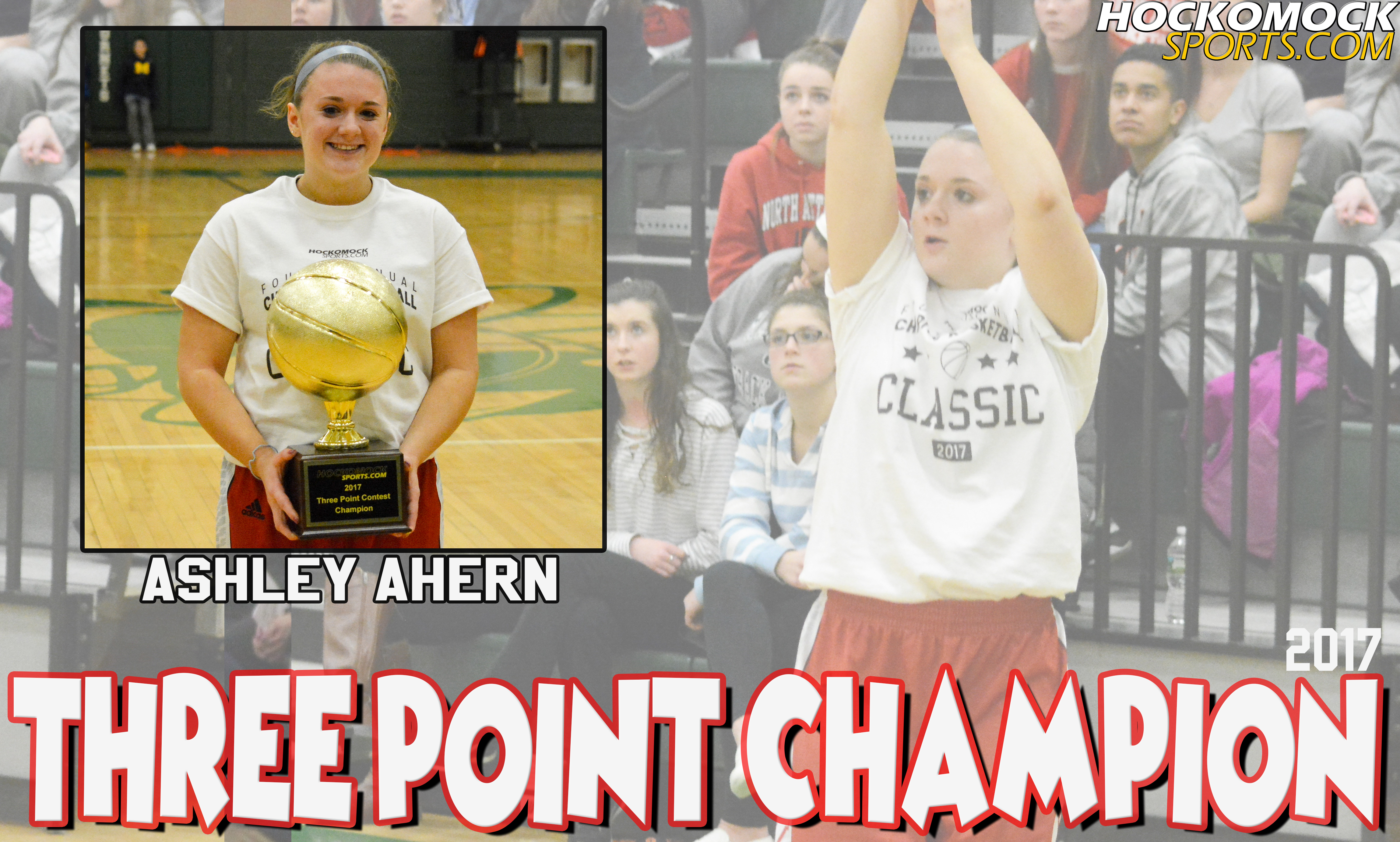 For the first time since the inaugural HockomockSports.com Charity Basketball Classic, a pair of seniors won the Three Point Contests. Mansfield’s Phil Vigeant and North Attleboro’s Ashley Ahern came away with the hardware at Mansfield High School, edging out Taunton’s Tommy MacLean and Attleboro’s Julia Strachan in the finals.

Both Ahern and Strachan put on a show in both rounds. Strachan had the highest total of any shooter – male or female – in the first round, connecting on 19 shots from beyond the arc. Ahern wasn’t far behind, hitting 17 trifectas to advance to the finals. In the final round, Ahern caught fire and hit an impressive 20 shots (on 25 tries) to edge Strachan (16 makes in the final). Ahern set the record for most three’s made by a female (20) in a round and tied Mansfield’s Ryan Boulter for most makes in a round for either male or female. Her total of 37 shots made between two rounds is also an event record. Only North Attleboro’s Brent Doherty (39) made more in 2016, but went to overtime in the final.

On the boys side, Vigeant had the top score in the first round with 16 shots made. MacLean made the final with 15 made shots, just edging Stoughton’s Matt Valle (14). In the final, Vigeant hit his very last shot to get 14. MacLean hit his final three shots but came up just short with 13.

Though MacLean came up short in the final, he now holds the record for all-time shots made in HockomockSports.com Three Point Contest History. In four years, MacLean has drained 65 trifectas. North Attleboro’s Brent Doherty sits in second all time with 62 while Boulter is third overall with 44. Sharon’s Jimmy Fitzhenry hit 12 shots in the first round, setting a new school record for a male player. Valle’s 14 threes is also a Stoughton record for a male shooter.

Click here for a photo gallery of this event.