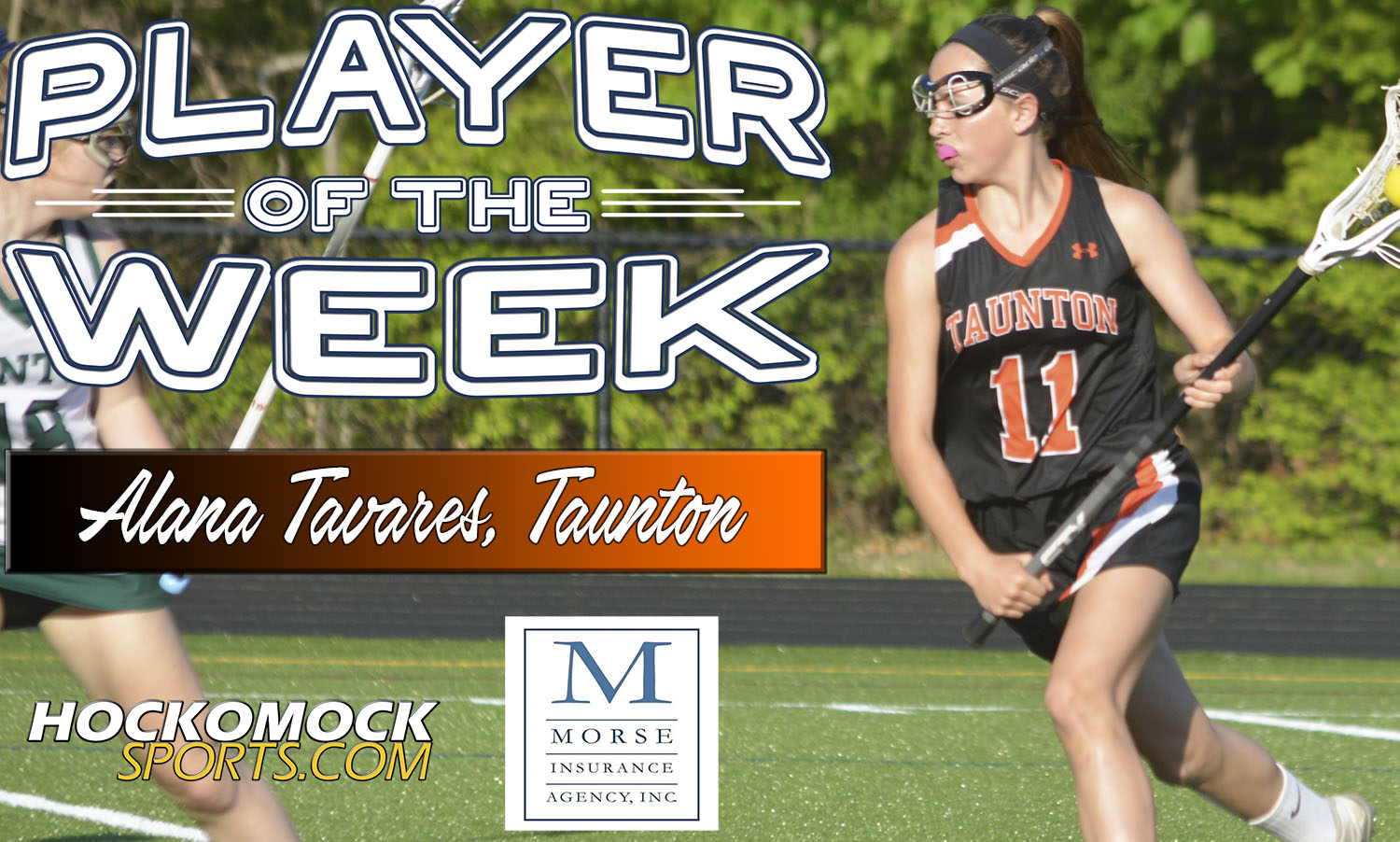 Taunton sophomore Alana Tavares has been selected as the HockomockSports.com Player of the Week, presented by Morse Insurance, for May 19 through May 25. Tavares is the 31st player chosen as Player of the Week for the 2018-19 school year and the eighth player in the spring season.

Tavares led the Tigers to three wins this week, helping Taunton finish the regular season with four straight wins and five wins in its final seven games. The Tigers ended up just one win shy of qualifying for the state tournament. Tavares, a three-year varsity player, was dominant this week, scoring 26 goals in the three games, including the 200th of her short career.

“Alana has been a huge contributor to our team over the past three years,” said Taunton coach Kerry Northup. “We are so proud to watch her hit milestones like the 200 goals. As successful as she is stat-wise, Alana is one of the most unselfish players I have coached. She thrives off the successes of others. She tries to set her teammates up for success, even if that means missing an opportunity for herself. She is is great kid both on and off the field, and we are thrilled to hear of her selection for Player of the Week!”

The Tigers started the week with a win against division rival Attleboro. Tavares scored 10 of her team’s 15 goals in the victory and also pulled down eight draw controls. In a big win over Southeastern three days later, Tavares scored seven goals and recorded two assists, hitting the 200-goal mark for her career in the process. The very next day, Tavares added nine goals in a 21-0 romp over city rival Coyle & Cassidy. She also had a pair of assists and seven draw controls in the shutout.

For the season, Tavares is among the leaders in the Hockomock League with 109 points, and one of the top goal scorers with 95 goals this season alone.