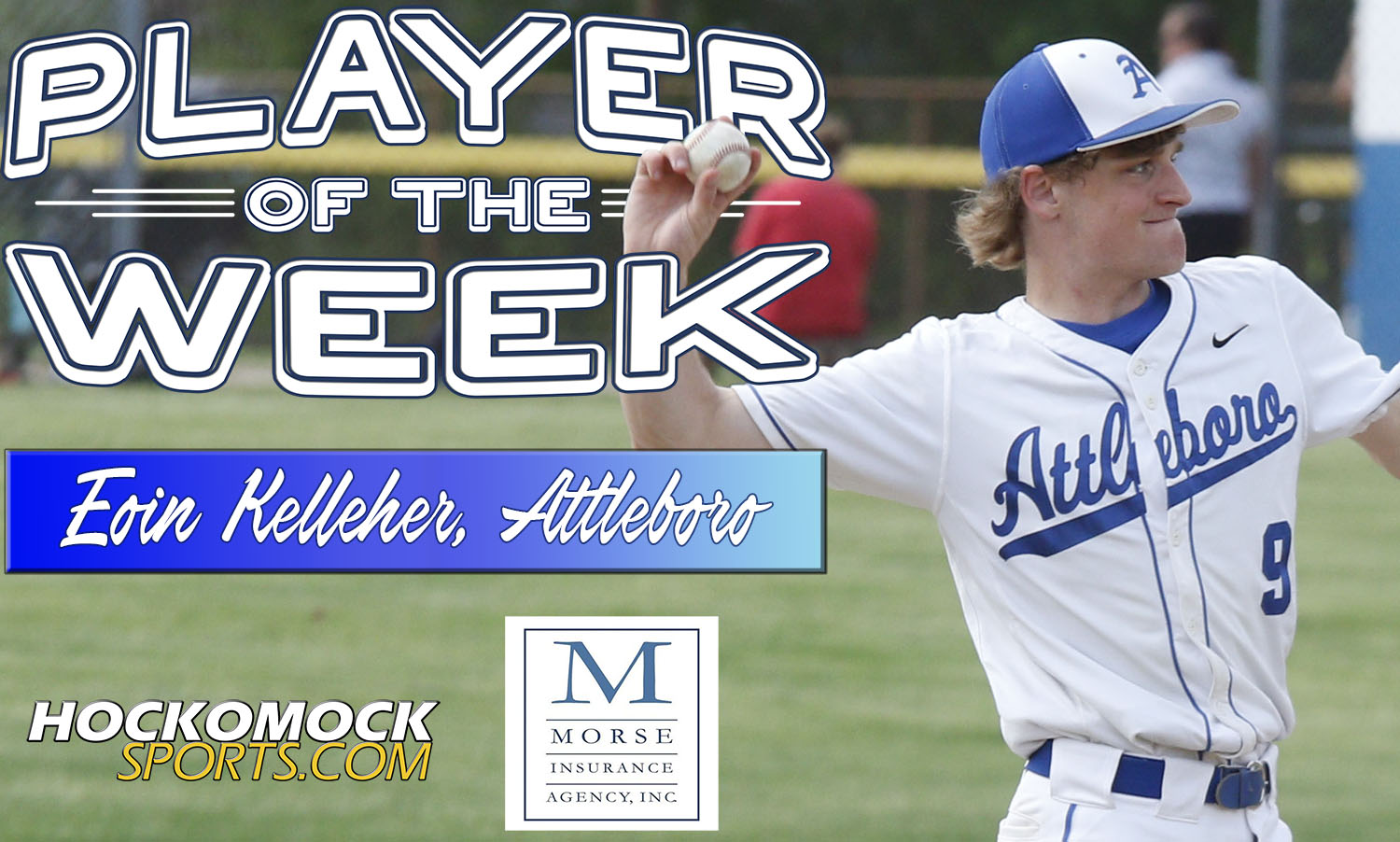 Kelleher earned a pair of wins on the mound for the Bombardiers last week, as Attleboro beat Milford and Mansfield to move within a victory of qualifying for the state tournament (which Attleboro got on Monday to book its place in the postseason). Kelleher didn’t allow a run in eight innings over two games, and Attleboro pulled out the wins by a combined three runs.

“Eoin has been outstanding for us all year,” said first-year Attleboro coach Steve Dunlea. “He is the type of pitcher that can carry a team. Last week was a perfect example of what he is capable of. Eoin is a hardworking, intelligent player and has tremendous leadership ability. Basically everything you could ask for in a player.”

Attleboro started the week against Milford on Monday and Kelleher came in to throw a perfect seventh inning, including one strikeout. The Bombardiers rallied for a run in the bottom of the frame to walk-off with the win. Two days later, Kelleher was at his efficient best to shut down a potent Mansfield offense. He needed only 72 pitches in a complete game, three-hit shutout of the Hornets. Kelleher escaped a jam in the third inning, getting a pair of ground balls with two runners on, and was dominant from that point forward.

Kelleher is tied for the league lead with five wins this season (5-2 overall) and has a 2.49 ERA over 33-2/3 innings pitched, which is the third most innings thrown in the Hock.