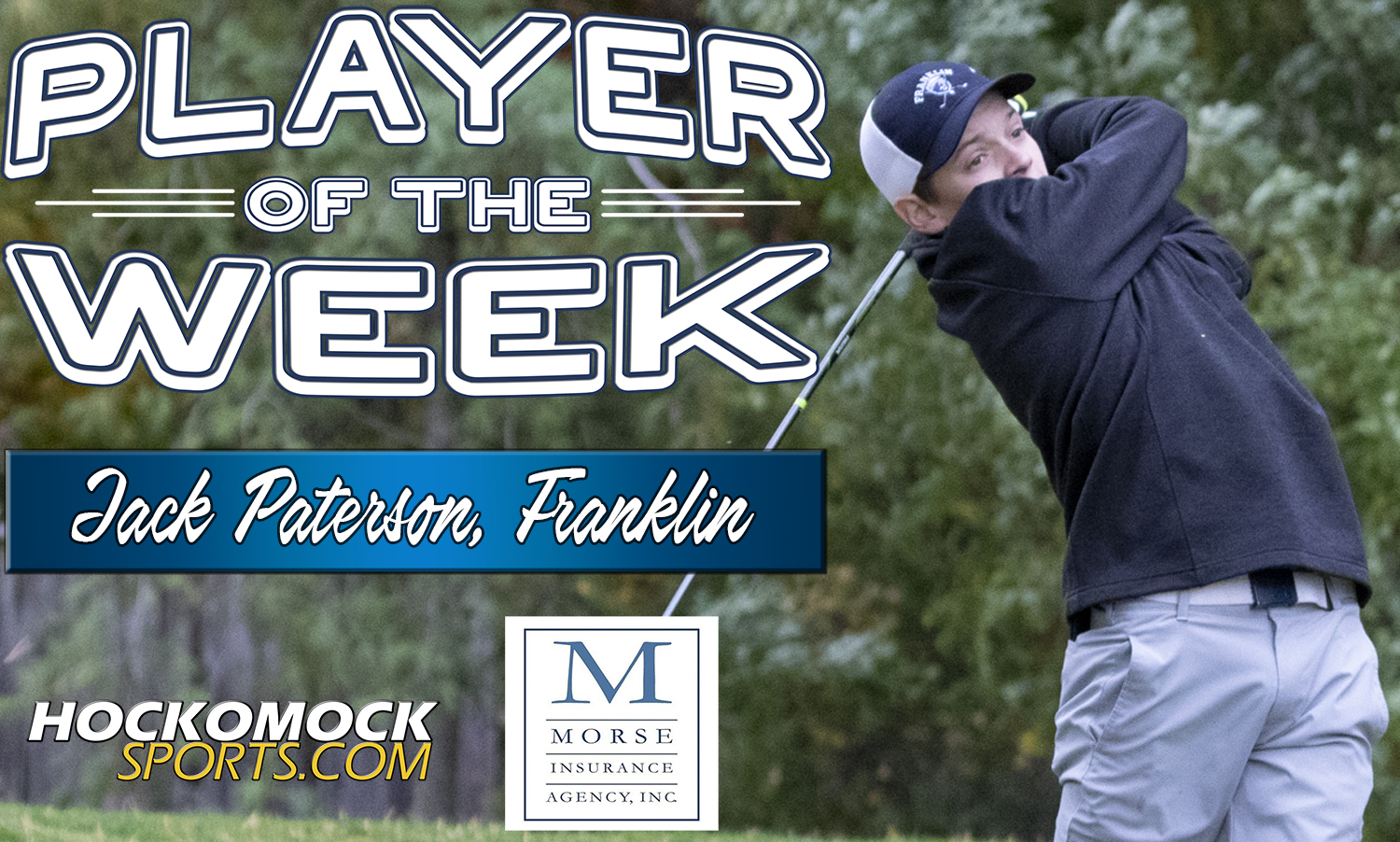 Franklin junior Jack Paterson has been selected as the HockomockSports.com Player of the Week, presented by Morse Insurance, for Oct. 13 through Oct. 19. Paterson is the seventh player chosen as Player of the Week for the 2019-20 school year.

Paterson concluded his regular season in style, shooting a round of 76 at Blue Hill Country Club to earn medalist honors at the annual Hockomock Championships. He finished one shot ahead of Mansfield’s Ryan Dow to win the individual title. With Paterson leading the way, the Panthers took third as a team, just a stroke behind Davenport champion Canton and 13 strokes behind first-place Mansfield.

“Jack has had an incredible year and his performance at Hocks really demonstrates just how great he has been,” said Franklin coach Dustin Picillo. “His average which was top three in the league however he played 10 home matches at Franklin Country Club, which is one of the top three hardest courses in our league. His play at Hocks represented what he has done all year — just going out every match and competing regardless of rain or sun or wind. Great finish to a really strong season for our captain.”

Despite windy conditions, Paterson bested the elite field at the Hockomock Championships to round out a strong regular season that saw him average 38.2 per round, which was fourth best in the league. The Panthers went 14-4 this season, heading into Monday’s Div. 1 South sectional tournament.

Click here for a full photo gallery from the Hockomock League Golf Championships.