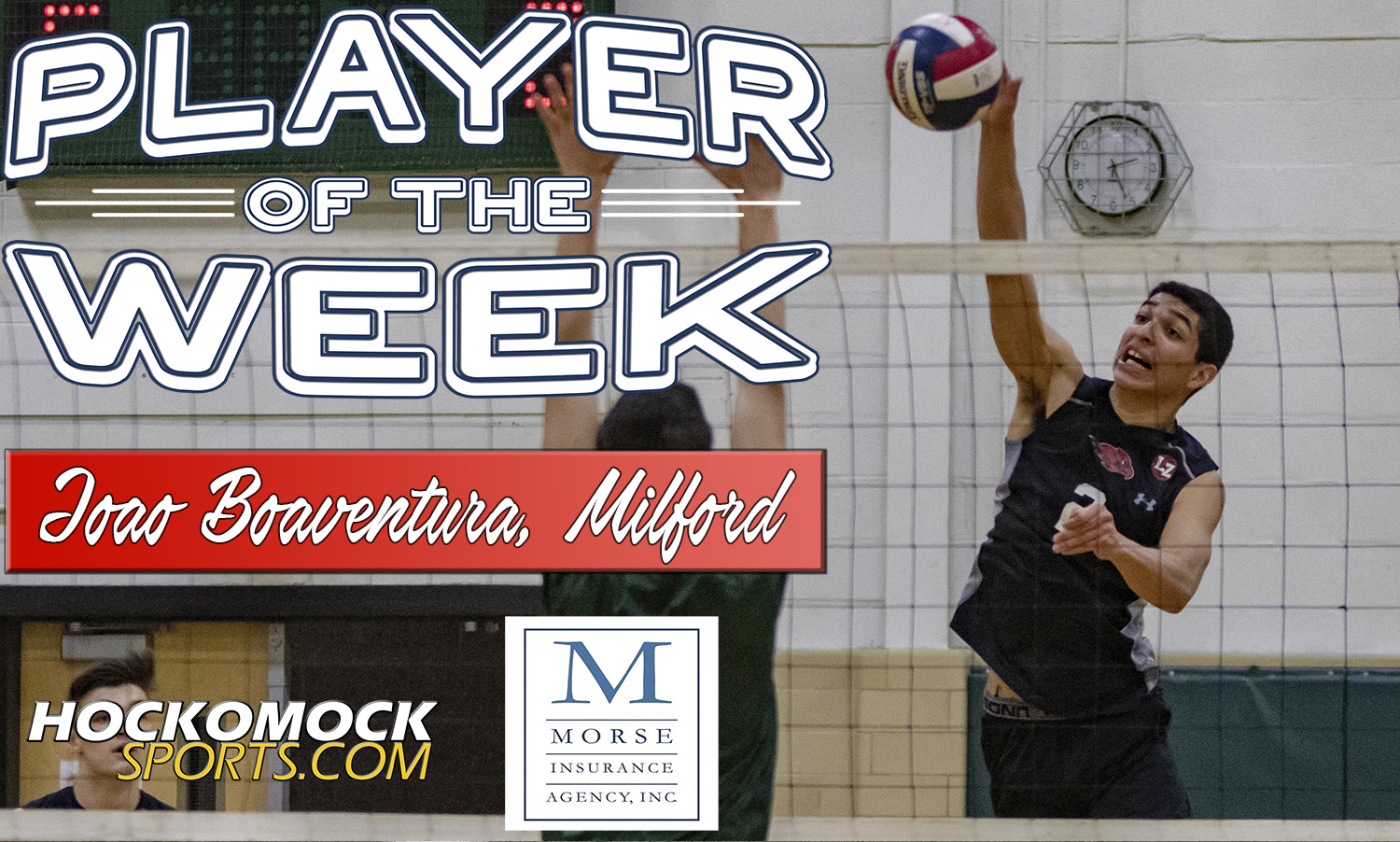 Milford senior Joao Boaventura has been selected as the HockomockSports.com Player of the Week, presented by Morse Insurance, for April 14 through April 20. Boaventura is the 26th player chosen as Player of the Week for the 2018-19 school year and the third player in the spring season.

Boaventura, the first boys volleyball player to earn a player of the week nod, had a strong week for the Hawks, who went 2-1 during that span and improved to 8-1 on the season. The senior hitter record 58 kills in three matches, helping the Hawks get off to a strong start to a run of five road games in a row.

“After losing our first match of the season to Minnechaug, Joao stepped up and lead by example in two hard-fought wins against KP and Brockton,” said Milford head coach Andrew Mainini. “In addition to impressive stats, what was most noticeable over those matches was how cool, calm and collected he was in high pressure situations and also how much his teammates look up to him. He’s an exciting kid to work and play with, but what makes him really special is how humble and team-oriented he is as a person.”

The week began with the longest trip in this stretch, as the Hawks went out West to take on Minnechaug, losing a hard-fought, five-set match. Boaventura had 15 kills in the loss with just one attacking error. On Thursday, Milford made a much shorter trip to Wrentham for its first-ever varsity meeting against King Philip, Boaventura showed off his all-around game with 18 kills, six aces, and 12 digs during a three-set sweep of the Warriors. The following day, Milford was back at it again, this time at Brockton. With Boaventura leading the way with 25 kills and 16 digs, the Hawks dispatched the Boxers 3-1.